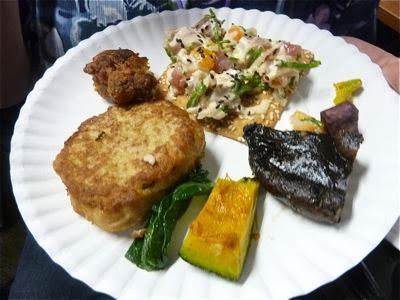 Nadine Kam photo
On Day 5 of my Blue Tree Cafe juice cleanse, I walk into another potluck situation. Aware of my own food weaknesses, it's interesting to see the choices others make.

Last day, hurrah! I can’t wait to start eating tomorrow, but then I’m struck by the thought that I need a comeback plan. I remember vaguely that on the first season of TV’s “Survivor,” the castaways ended their restrictive diets with a big juicy burger, and promptly threw up. Their bodies could no longer handle the grease and fat. 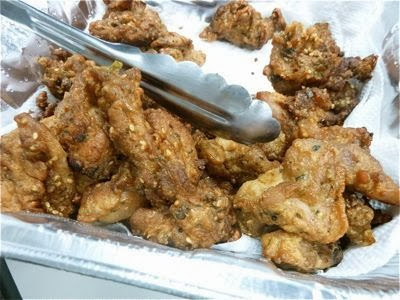 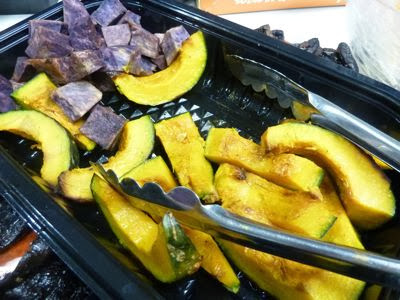 Opposing forces. Fried chicken vs. kabocha and purple sweet potato. Every potluck has this dynamic of good and evil that forces us to choose.

I think I might ease into it tomorrow by having an avocado for lunch and making chicken soup with kale and squash for dinner. I need to go grocery shopping after work.

In the meantime, I start the morning at 7:30 a.m. with yesterday’s unfinished “Carotene Cure,” and head to Blue Tree Cafe to pick up my last day’s ration of cleansing juices. Because I had this one juice “banked,” I may bank another overnight to ease my way back to real food tomorrow. 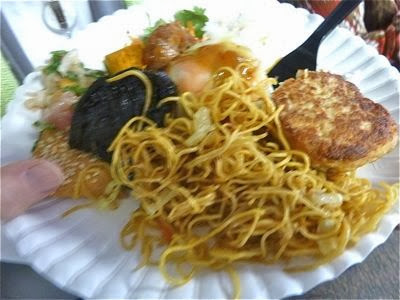 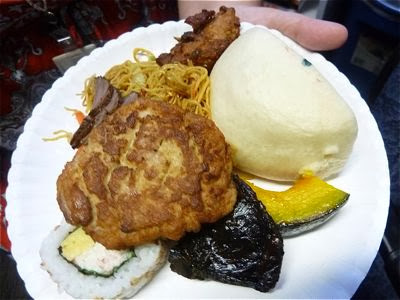 Plates No. 2 and 3: I see carbs, a little bit of protein and small attempt to be healthful with a little piece of pumpkin and black mushroom.

I meet a friend who’s started dieting for another reason. She’s getting married next year and wants to lose 10 pounds by summer. I tell her about the detox drinks and recommend she order the Hydrator, kombucha plus coconut water, to settle her stomach since she’s given up her Greek yogurt and dairy. She’ll tell me how that works for her later.

At 10 a.m., I start on the “Perfect Start.” I woke up hungry and at noon my stomach is growling. I feel a little spacey and confused. It’s said that may be a sign of dehydration. I find it strange that I can be drinking so much but still be dehydrated. I start drinking water and the “Blue Tree Blend” and feel much better, though once again, everyone’s lunches smell wonderful ... the garlic, the cheese!
I email a friend to ask how she planned her detox comeback, and she calls me immediately, saying she made the mistake of going back to eat as normal and didn’t feel good as a result. She said it would have been better if she ate fruit and vegetables with a little rice, instead of gorging on a potluck meal. (There’s that social eating again.) She also said it didn’t really change the way she eats today, but that she was glad she did it because it does make you consider your relationship with food. 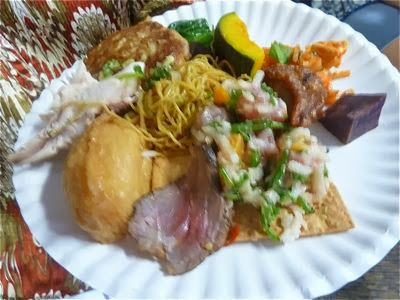 Just as at a buffet, everyone wants to try a little bit of everything, more out of curiosity than hunger, but doing so means eating 10 times an ideal portion size.

She asked me if she thought my skin looked any better and I said yeah. She said she felt the same way about her skin, so that may well be one of the perks of the cleanse.

Meanwhile, after posting that the juice cleanse amounts to about 1,500 calories a day, I recieved a comment on Facebook that it was comparable to Nazi concentration camp prisoners rations. I decide to look that up, and according to the Jewish Virtual Library:

“Prisoners in the camp received meals three times a day: morning, noon, and evening. Factors influencing the nutritional value of the food included the official nutritional norms in the Nazi concentration camps. In practice, Auschwitz prisoners with less physically demanding labor assignments received approximately 1,300 calories per day, while those engaged in hard labor received approximately 1,700. After several weeks on such starvation rations in the camp, most prisoners began to experience organic deterioration that led to the so-called "Muzulman" state, extreme physical exhaustion that ended in death.”

As I mentioned before, I usually try to limit my regular diet to 1,200 calories. Note that I weigh 99 pounds, though. On 1,200 calories, I don’t feel as if I’m starving, but the quality of the prisoners nutrition might have also been low. I read elsewhere that their ration comprised bread, potato peels, a bit of turnip, marmalade or jam, a bit of cheese and small piece of sausage. 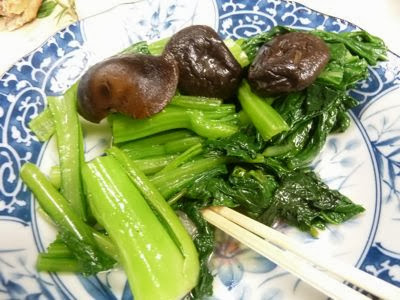 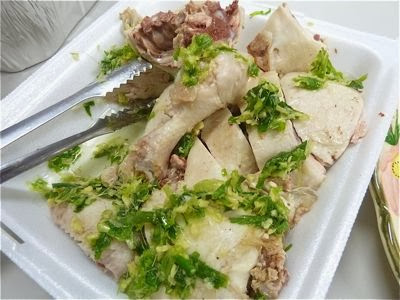 More of the office potluck options: Choi sum with black mushrooms and cold ginger chicken, not bad for you if you eliminate some of the oil dressing.

At 3 p.m. we’re called over for a potluck meal to say goodbye to a colleague who’s retiring. There’s a lot of food set up in the conference room and I’m bummed I can’t have a bite. Instead, I take pictures and I’m struck by how all of my colleagues plates are so different, reflecting individual food choices of women. I didn’t check to see how much the men piled on their plates, but fewer men were there. Could it be because some men are less social than women? Do they have a better relationship with food? I mean, most of us finished lunch at 1, so people were not likely to be hungry, save for a snack, which ideally should have been something light, maybe a piece of fruit.

Examining the potluck plates just reaffirms some food thoughts while on this cleanse. We overeat in social situations, being social leads to extra meals, and social food typically comprises an excess of carbs and sugar. If we had willpower in the face of some of these choices, diet wouldn’t be such a big issue for many people. 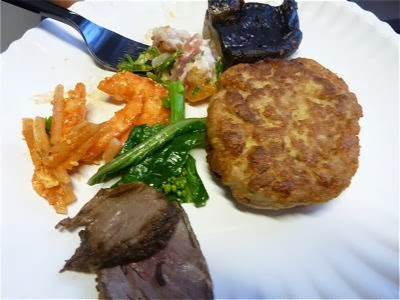 Only this plate came close to being right-sized as far as portion size for one meal, and even then, making it right-sized would have meant leaving three-fourths of the tofu-fish patty behind.
Posted by Nadine Kam at 6:22 PM