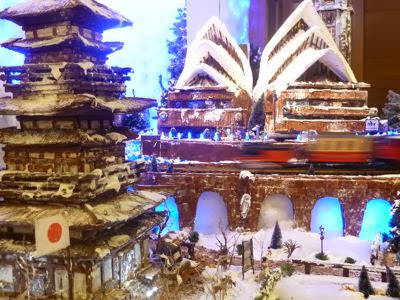 Adding to the festivities of the holidays, the Sheraton Princess Kaiulani's Santa’s Gingerbread Village is open for viewing through Jan. 2 in the resort’s lobby.

The village stands more than 14.5 feet high and more than 28 feet long, constructed with 320 gallons of icing, 150 pounds of dark chocolate, 50 pounds of white chocolate, and 100 sheets of gingerbread.

Executive chef Ralf Bauer’s edible winter wonderland took nearly half a year to complete. After years of perfecting the gingerbread buildings representing the quaint mountainside villages of his native Germany, including medieval churches, bell towers, train stations, a carousel, a skating rink, German Village with its castle, Swiss chalet and Alps, Bauer moved on to creating such iconic Hawaii landmarks such as Kawaiahao Mission Church, Moana Surfrider and Aloha Tower, as well as other world-famous landmarks such as Washington D.C.'s Washington Monument, the Eiffel Tower, London's Tower Bridge, and Nara, Japan's Yakushiji Temple.


This year, he added the Australia's Sydney Opera House, which took three months to complete, as he engineered its sails of rolled sugar dough. 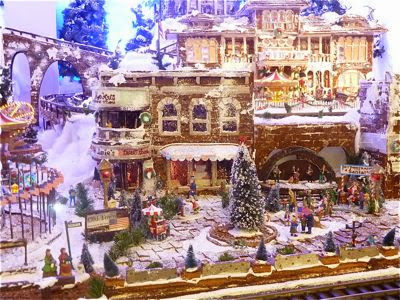 The village started with executive chef Ralf Bauer’s desire to recreate the mountainside villages of his native Germany. 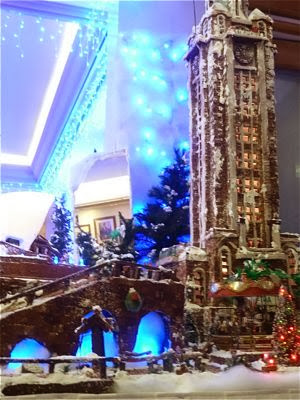 The Aloha Tower in gingerbread, and incongruously, with snow!
Posted by Nadine Kam at 2:18 AM