On the table: HIFF Oscar Night America 2012 at Halekulani 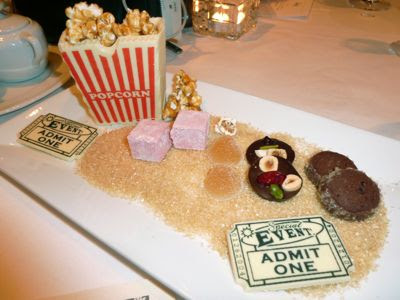 Inspired by the Best Picture nominees, Halekulani executive chef Vikram Garg created a menu as dazzling on the eye as the palate for HIFF's Oscar Night America 2012 viewing party Feb. 26.

Being in the Halekulani Ballroom and watching the ceremonies on a big screen with amplified sound, made it feel as if you were in the room with the nominees.

Food also figured in the silent auction to benefit HIFF programs. When I saw the logo for Bob Chinn's restaurant, I thought I had missed something and that he had somehow opened in Hawaii, but it was actually for a couple of gift certificates to have one of his seafood dinners for four— including gumbo and four kinds of crab—shipped to Hawaii from his Chicago restaurant.

Although "The Artist" took home the Academy Award that night, it was the gleaming "Moneyball" dessert creation had guests buzzing at the end of the evening, over the sugary orb that encased a square of espresso praline crisp topped with dehydrated chocolate mousse. 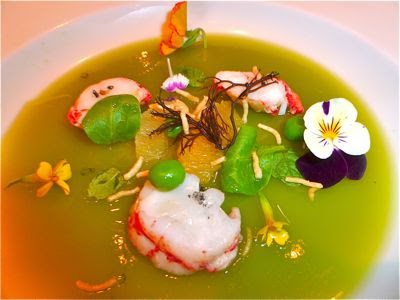 "The Artist": A canvas of green pea gelee with lobster, citrus and bouquet of herbs and edible flowers. 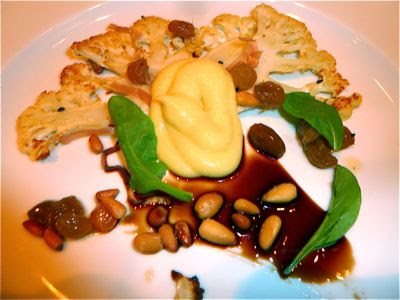 "Tree of Life": A tableau of roasted cauliflower, dotted with raisins, pine nuts and onion seeds. 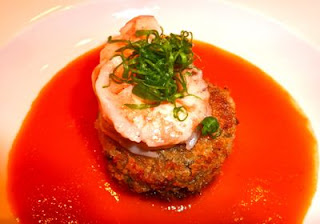 "The Descendants": Kauai shrimp sitting on a cake of smoked pork belly in a pool of tomato honey sauce. 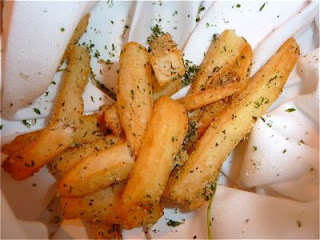 The frites were passed around, and there wasn't much left by the time I got the basket. 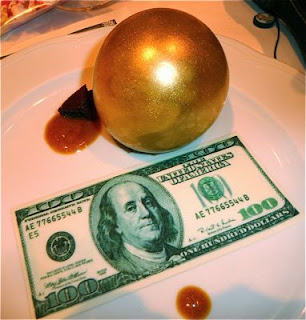 "The Moneyball": The sugar orb was cracked open to reveal its content of espresso praline crisp topped with dehydrated chocolate mousse. 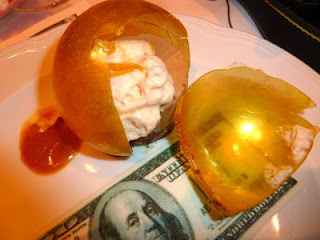 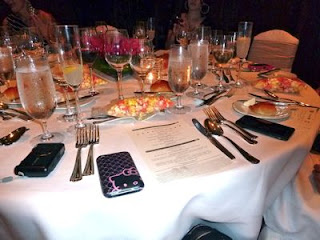 These days, an extra place at the table is necessary for cell phones. 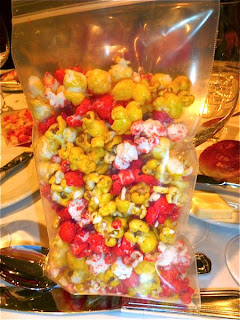 Guests who weren't munching on candy popcorn in between courses could take home their bags for their next film viewing.
Posted by Nadine Kam at 6:11 PM No comments: