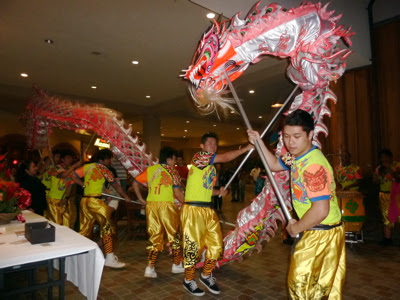 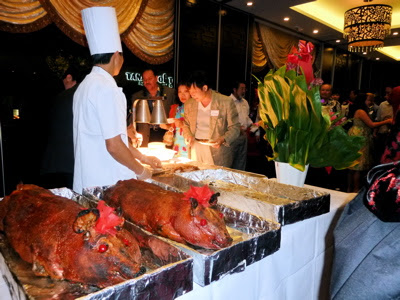 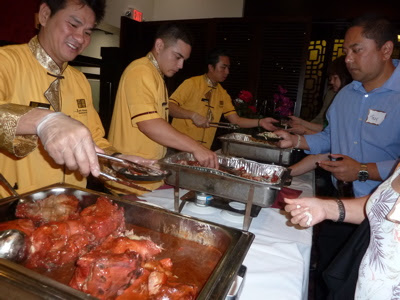 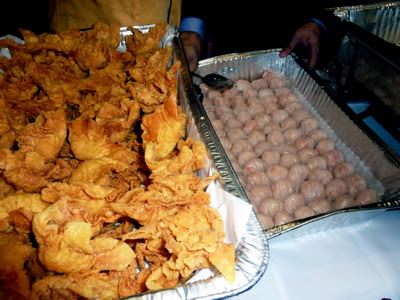 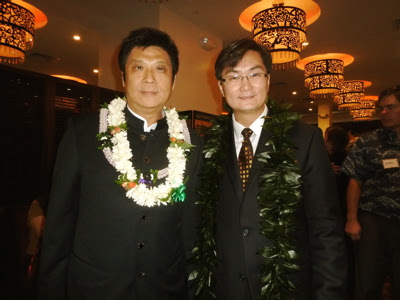 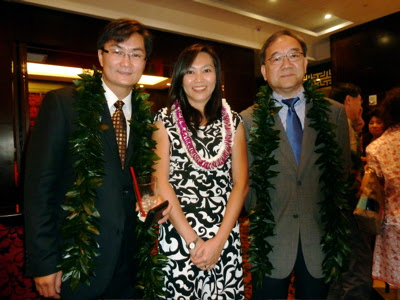 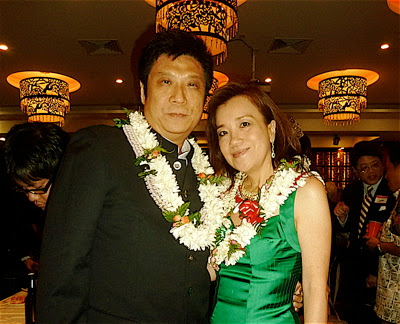 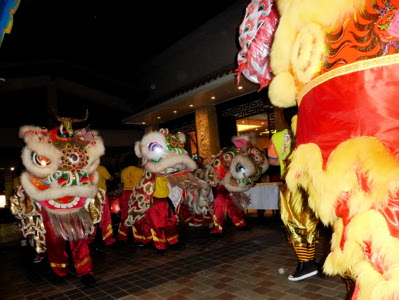 The lions finish their blessing outside the restaurant. A tourist who happened to stop by while I was getting some air outside said she was thrilled to have accidentally stumbled upon the cultural event.
Posted by Nadine Kam at 5:10 PM No comments: 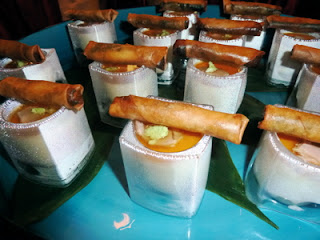 Nadine Kam photos
Morimoto's offering was foie gras chawanmushi with wasabi. It was so good I considered going back for seconds.

DFS Galleria Waikiki hosted its inaugural Aloha Nights block party on Kalakaua Avenue on Jan. 3, and brought in some major names to feed those who stopped to hear Jake Shimabukuro, Keola Beamer and Raiatea Helm perform, catch a glimpse of
Japanese TV personality IKKO, or check out what's inside the galleria, including the largest cosmetics department on the island.

The community thank-you party also celebrated the launch of The Vault Collection presented by DFS. The collection showcases rare and exceptional products that have never been seen in Hawaii, and is being shown by appointment only, through DFS Platinum Services Club at 931-2820.

But a majority of those milling around Kalakaua were more in a more primal mode, figuring out what was for dinner at booths manned by Alan Wong's, Azure, Chai's Island Bistro, The Beachhouse at the Moana, Kai Market at the Sheraton, Morimoto's, Nobu, Roy's Waikiki, and Wolfgang's Steakhouse, which was serving a hamburger slider with chips for $5. There was a lot of beef all around, so I was hoping Wolfgang's would be offering their thick slabs of bacon or crab cakes.


As for how primal? Well, it just goes to show that locals know how to behave and keep a natural flow going at street fairs, by studying the signs from a distance so as not to get anyone's way, ordering quickly and moving aside to get out of the next person's way. But tourists came darting in at every direction, standing right at the table to study the signs for unduly long intervals, and there were a lot of Japanese tourists getting shoved by their larger Western counterparts.

The food was great though, and if DFS brings this back next year, maybe more locals will attend to show these tourists how it's done! 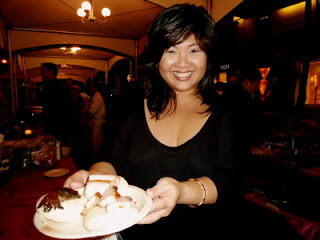 Robbyn Shim of Roy's Restaurants shows a plate of sous vide pork belly and roasted Hamakua mushroom baos that the restaurant was offering at $6 for three pieces or $2 each. This was before the varied toppings and sauces went on. Guests could help themselves, and they pretty much helped themselves to everything, which is partly why the line here was so long. 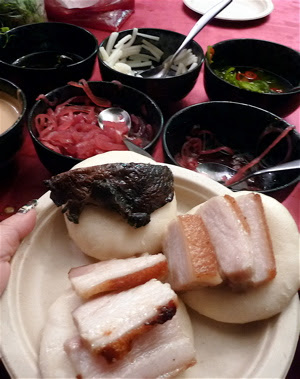 The pork was broke da mouth tender and though the mushroom doesn't look like much, it was super ono and tender as well! A nice man behind me in line thought I looked hopeless juggling camera and all, so he offered to help me with the toppings. 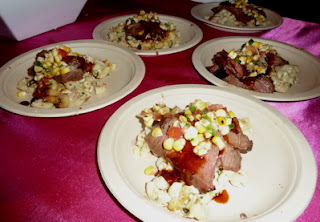 I started at the Ewa end of the food tents, where The Beachhouse at the Moana presented slices of grilled flat iron steak with apple wood-smoked bacon, sitting atop Surfing Goat cheese & macaroni, and topped with Kahuku corn jalapeno relish and gogi berry port wine demi, all for $5. 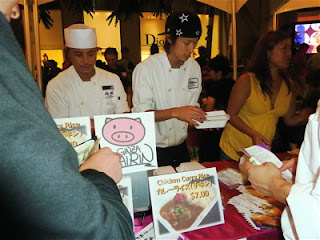 Tonkatsu specialists Ginza Bairin also offered chicken curry and had several takers rush up when they called out their last orders. 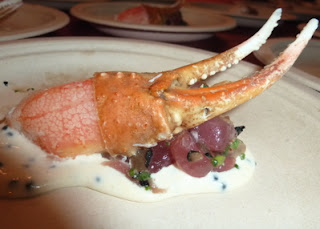 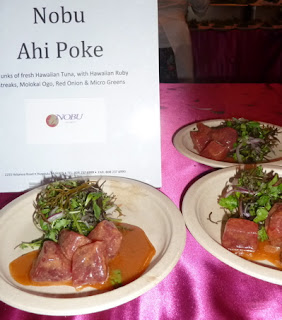 The simplicity of ahi poke, Nobu style, was also appreciated.
Posted by Nadine Kam at 6:48 PM No comments: