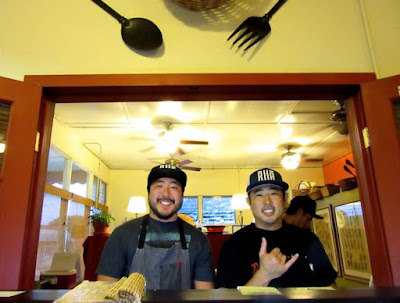 When faced with a surplus of seafood last summer, the friends behind Rua Catering did what they know best. They threw a party.

Grant Oura and Jayse Sato’s backyard parties in Wailuku, Maui, drew friends family and neighbors to sample nigiri sushi at $1 a piece, which made them the most popular guys in town.

Those popular impromptu bashes soon turned into an occasional pop-up at Vineyard Food Co., in Wailuku town, a space that serves as a commercial kitchen for a handful of small catering companies and food preparers.

With an eye toward testing restaurant feasibility in that space, the friends are now bringing their pop-up to the site from 5 to 10 p.m. every Friday and Saturday. I was able to check it out Jan. 16. 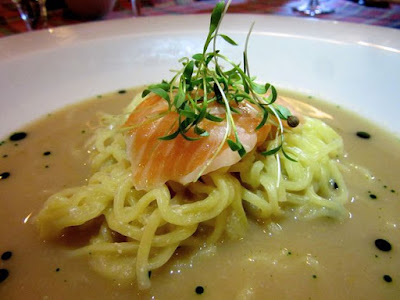 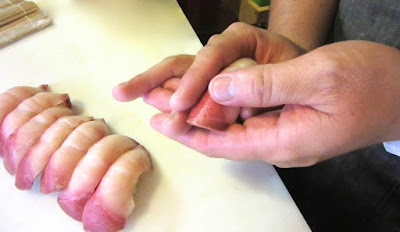 Jayse Sato shapes nigiri of snapper in the kitchen.

Sato, who worked in Seattle before returning home to work as a sushi chef at Nuka, still provides the sushi on the menu, while Oura tends to the hot entrées.

Trained in the kitchens of Sam Choy, Bev Gannon and Alan Wong’s Amasia, Oura, who also worked at Nuka, prepares some dishes I have yet to see on Oahu, including an oxtail katsu and miso-Buffalo wings.

The two also combine their efforts in putting their own spin on local favorites, such as a dish of pastele stew over a gandule rice and crab roll ($12), and lechón roll ($10), made better by adding a few drops of the spicy ponzu from an oyster shooter ($5).

Their focus is on fresh ingredients, with as much as possible made from scratch, including soy sauce, azuki bean paste and kinako ice cream.

For as much work put into the food, a la carte prices are reasonable, starting with that $5 shooter, $6 to $8 for two pieces of nigiri sushi, $10 to $17 for sushi rolls, and $10 to $16 for entrées. Menus will change with availability of seasonal ingredients.

Dishes were accompanied by a light show as a combination of LED ice cubes and sparklers lighted up eyes during the presentation of several courses, as seen in the video below. 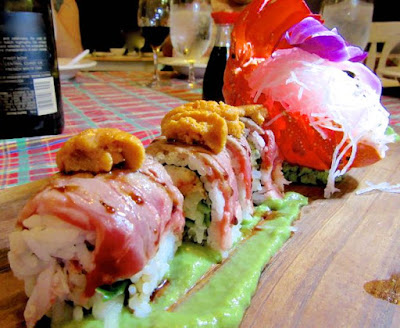 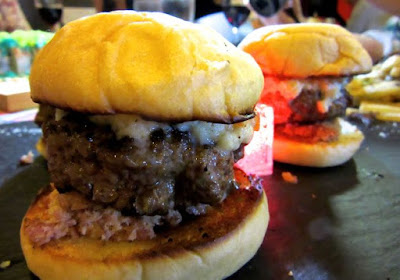 A trio of Kobe burger sliders topped with bacon jam, tomato, brie and onion cream sauce, with buns made by Four Sisters Bakery across the street from the Vineyard Food Co. This was presented under glass with LED light and a cloud of hickory smoke. Recently priced at $15. 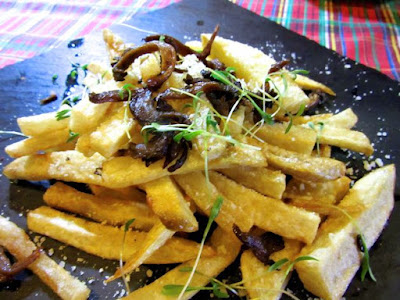 Garlic, Parmesan, truffle fries are a natural complement for the sliders, at $7. 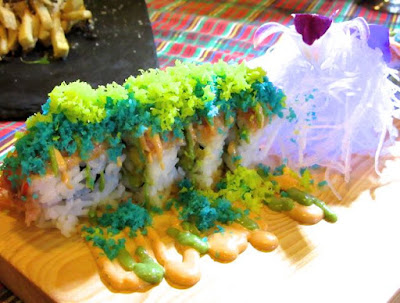 I was a little scared of the aquarium gravel colors of the shrimp tempura roll ($15), until discovering these were the crispy bits that turned sushi of spicy tuna, shrimp and hamachi into a tempura roll. 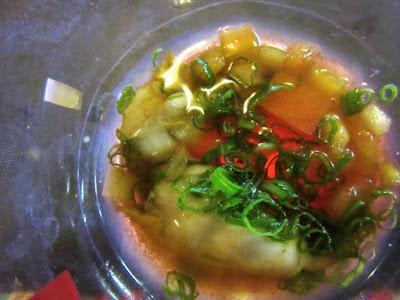 Looking down into the glass of an oyster shooter with tomato, onion, green onions, masago and very spicy ponzu, photographed over an LED ice cube glowing red. Don't slurp this down all at once. Tell you why next. 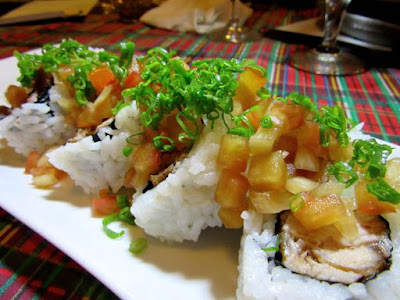 A lechon roll of pork belly topped with tomatoes and onions, was completed with a dash of the spicy ponzu from the oyster shooter, which was a little too spicy to chug all at once; $10. 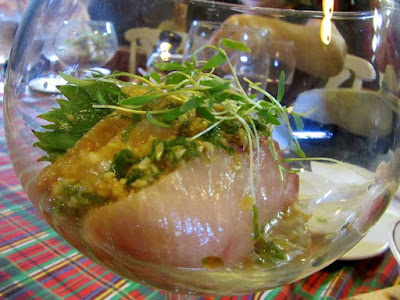 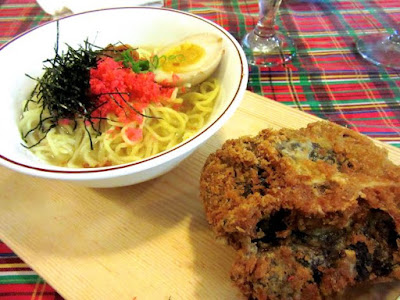 I’ve never seen oxtail katsu on Oahu, but here it is on Maui, $16 with limited availability. In the background is tonkotsu-style ramen served with spicy miso. Can’t compete with ramen on Oahu, though. 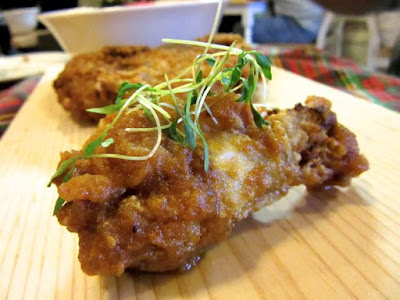 Miso Buffalo chicken wings are very assertive, with bold salty, sweet, sour, spicy flavors that explode in your mouth, but if you like strong flavors, these will be very addictive, at $10 per order. 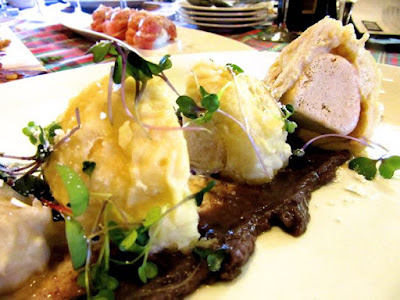