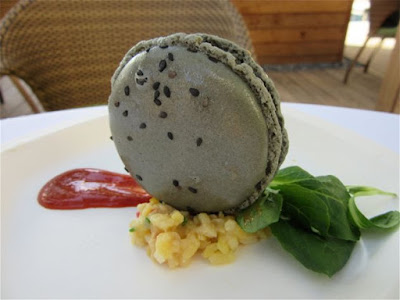 The MODERN Honolulu welcomed 15 chefs and 15 winemakers and mixologists to take part in the second night of Hawai’i Food & Wine Festival on Oahu.

“Chopstix & Cocktails” took place throughout the property, with food and drink served on the Sunrise and Sunset pool decks and in the Sun Suites overlooking the Ala Wai Boat Harbor.

Dishes by the international roster of chefs were inspired by Asian cuisine and intended to be eaten with chopsticks.

The event is always a great opportunity for food fans to mix and mingle with their favorite chefs, whose passion for what they do also makes them so entertaining. I just started Periscoping and it was fun to talk to chefs Elizabeth Falkner and Bobby Chinn, even if the videos only live online for 24 hours.

In Bobby’s case, he may be happy that his rendition of the hula and mangling “Mele Kalikimaka” doesn’t live on. Coming all the way from London’s House of Ho, the half Chinese/half Egyptian chef told of his family’s roots in the islands, his grandparents living on St. Louis Heights, and of his 6-year birthday party, during which he was serenaded by none other than Don Ho (no relation to the restaurant, where he serves up a contemporary take on Vietnamese cuisine).

Here’s a look at what was on the table: 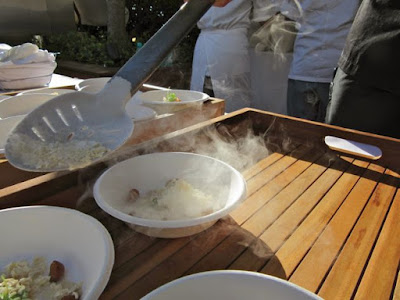 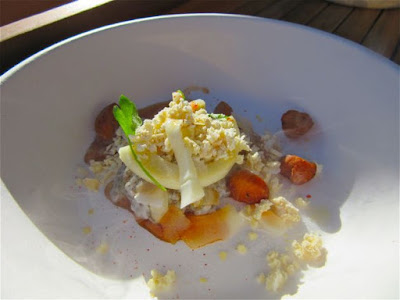 When the liquid “smoke” cleared, we had a better look at what was for dessert. 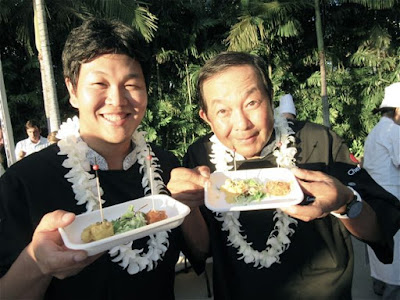 One of the three original “Iron Chefs” in 1993, Kenichi Chen of Akasaka Szechwan Restaurant, more popularly known as Shisen Hanten, Japan, was there with sone Kentaro Chen. Kenichi Chen is known as Japan’s “Father of Sichuan Cuisine.” 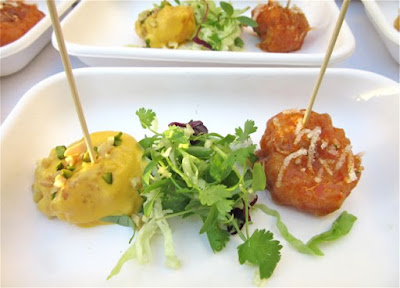 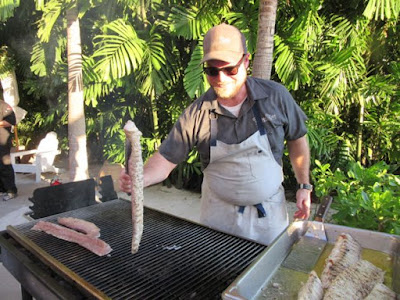 At chef Jonathan Waxman’s station, a crew member, turns ono over on the grill. 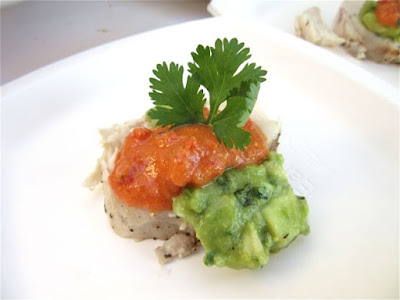 Waxman’s ono was topped with guacamole and Romanesco sauce. 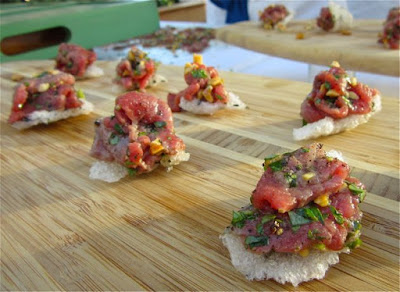 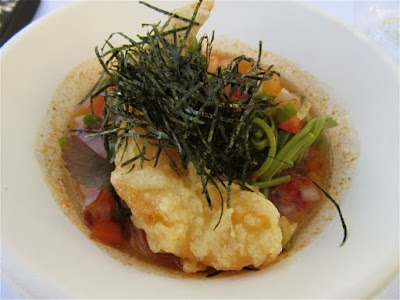 One of the host chefs, Masaharu Morimoto, served up tempura shrimp with green tea soba. 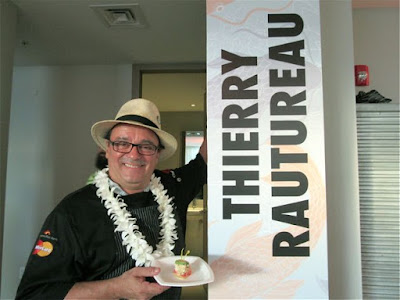 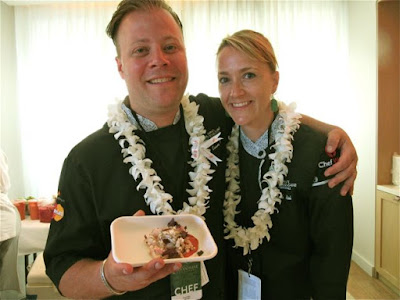 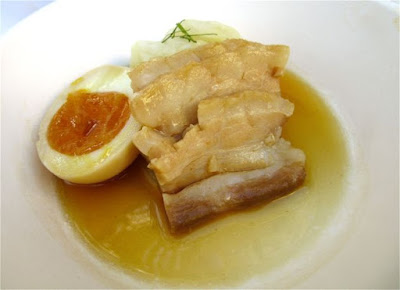 Chef Bobby Chinn of House of Ho, London, offered up a most local dish of caramel smoked pork belly and sous vide, or onsen-style egg. 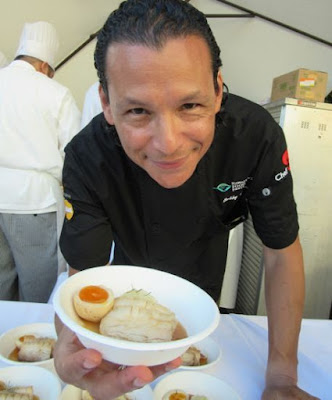 It turns out Chinn's grandparents lived here on St. Louis Heights, and he told of Don Ho (no relation to the restaurant) singing at his 6-year birthday party. 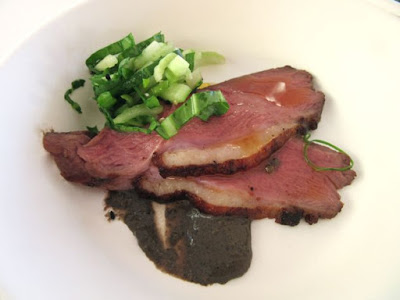 Tea-cured duck breast with sizzling chili oil, bok choy salad and sesame paste from Celina Tio of Julian, Kansas City, Mo.
—————
Nadine Kam is Style Editor and staff restaurant critic at the Honolulu Star-Advertiser; her coverage is in print on Wednesdays and Thursdays. Contact her via email at nkam@staradvertiser.com and follow her on Twitter, Instagram and Rebel Mouse.
Posted by Nadine Kam at 8:02 PM