On the road: A stroll through Jagalchi Fish Market 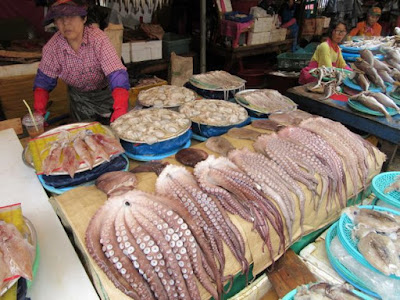 BUSAN, SOUTH KOREA — A visit to Busan is not complete without a stop at Jagalchi Fish Market, the largest fish market in Korea.

Getting there the quickest way possible from Seoul involves a two-hour ride via KTX, or Korea Train eXpress bullet train, that zips along at about 190 miles per hour.

Situated at Nampo Port, the market began taking shape in the late 19th century. During the Korean War, it became key to survival for many women whose husbands went off to fight. Women still command many of the outdoor stalls at the fish market, and are known as Jagalchi ajumma, a reference to middle-aged, married or street vendor status. It might also be considered the Korean equivalent of “auntie” as used here in Hawaii when referring to non-relatives of a certain age.

Here, you can find a range of live sea creatures, filleted fish and dried seafood. There are a lot of sea creatures I’d never seen firsthand, giving it a sort of ersatz aquarium status for travelers who welcome the colorful sights but have no intention of eating eels, sea squirts or penile-looking gaebul or spoon worms.

And it’s not too often we get a chance to study living flounders, trying to fathom how they evolved to be so flat with their two eyes perched so close together on the top of their heads.

It all just makes the seafood offerings available in Hawaii seem quite limited and tame.

It’s hard to linger long though, particularly outdoors where the odoriferous scents can be overwhelming. I took that as a cue to break for lunch at the buffet restaurant above the market. 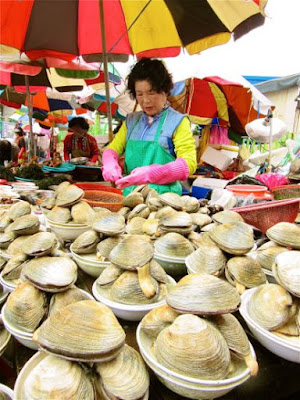 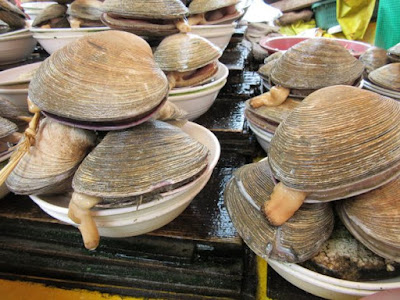 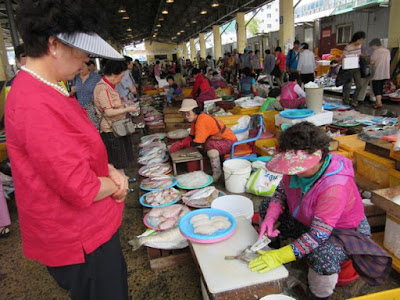 To save you from making a mess at home, vendors will gut and clean your fish for you. 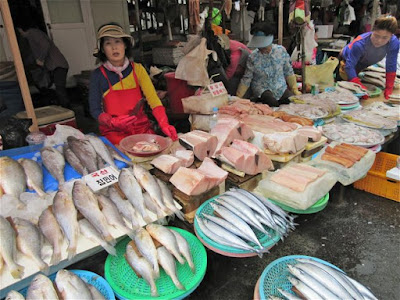 Fish available whole or ready to be filleted. 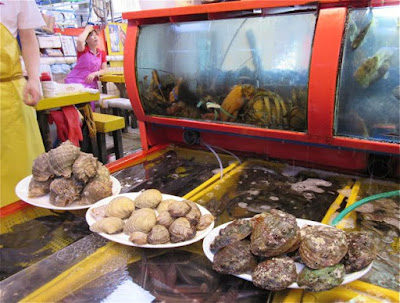 Inside Jagalchi Fish Market in Busan, South Korea, tanks dubbed “fish hotels” keep fish and shellfish alive for those who want a guarantee of freshness. 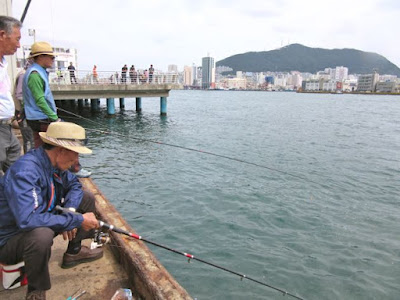 Just outside the market, leisure fishermen try their luck in the waters of Nampo Port. 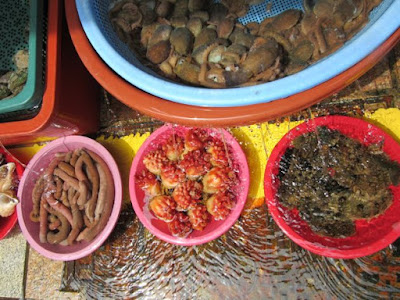 Not everything looks appetizing. 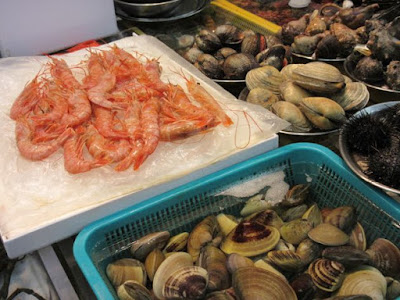 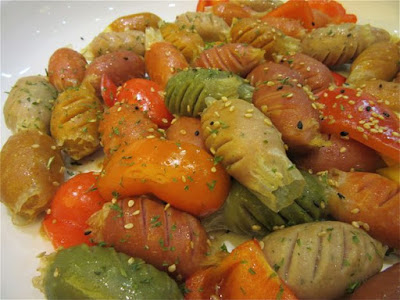 There is a huge buffet restaurant above the fish market, overlooking the harbor. All-you-can-eat options include sushi and other seafood, fried anchovies, dim sum, barbecue chicken and pastas. These multi-color pork sausages were all different, flavored with seasonings from chilies (red) to a dash of curry (yellow). 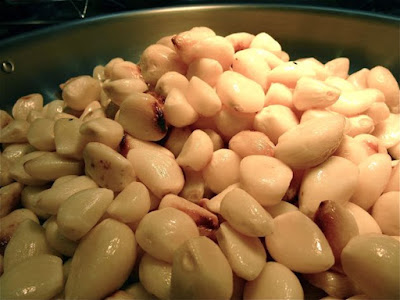 Here’s something you don’t see in local buffets but de rigueur in Korea, a stack of roasted garlic.
—————
Nadine Kam is Style Editor and staff restaurant critic at the Honolulu Star-Advertiser; her coverage is in print on Wednesdays and Thursdays. Contact her via email at nkam@staradvertiser.com and follow her on Twitter, Instagram and Rebel Mouse.
Posted by Nadine Kam at 5:24 PM