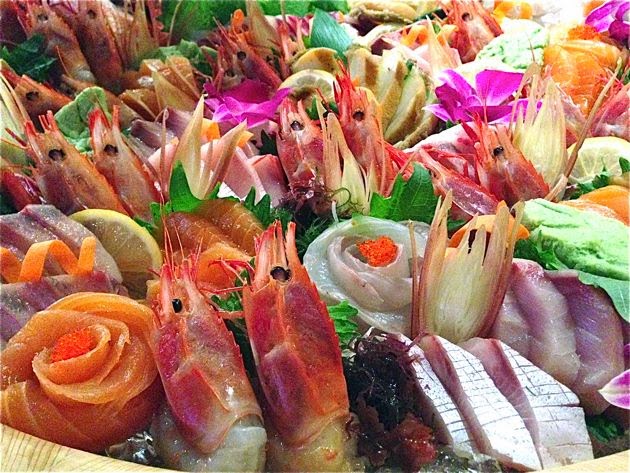 Gokoku Sushi had a rough start, though at its grand opening Dec. 9, it held so much promise. I’d heard that people in the vicinity of the restaurant’s Koko Marina Center home were starved for sushi, but it turns out, not at the price of $20 for rolls and about $10.25 to $17 for appetizers.

Worst of all was the service of inexperienced high schoolers who milled about like extras on a movie set, roaming here and there without interacting with guests or doing anything constructive like bringing tea or refilling water glasses. I watched one boy set a table by making about 30 trips when perhaps four or five would have sufficed. It took him longer than most because he was grabbing one pair of chopsticks, laying it down, going back to the service area, grabbing another, and so on and so forth with tea cups, plates and napkins. Oy, and such a shame for a beautiful new restaurant. 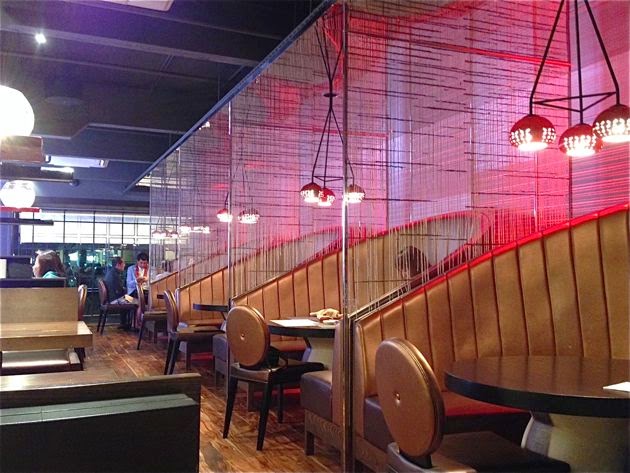 The room is quite pretty, with a mix of traditional and contemporary flourishes.

After two visits there without improvement, I was about to give up and allow customers’ nature to take its course rather than take the fall for its demise. I’d heard the space the restaurant moved into is unlucky.

But then, I started hearing some good things. The service was getting better, and there is about a 50-50 reaction of positives to negatives about the food.

There have been other restaurants in town that have gone unreviewed by me while I wait for them to correct their problems. Here, there is hope. And that is crucial because the Japan-based Pierthirty Group—which owns about 200 restaurants in Japan and more in China—aims to open at least 30 restaurants in Hawaii over the next 10 years. All will have different themes, and the next to open may be an Italian restaurant, bakery and tempura shop, that will be part of the mix when the new Ala Moana Center additions are completed.

Let’s hope those get off to a better start.

Note: Photos are from a mix of grand opening and two more visits.


Scenes from the Dec. 9 grand opening celebration, including ahi-cutting demo. 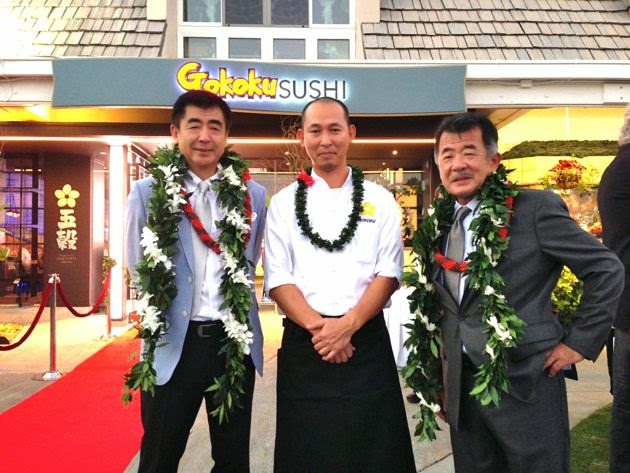 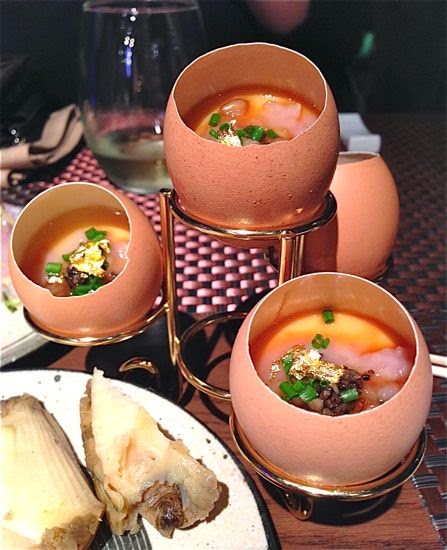 Chawanmushi served at the restaurant’s grand opening was beautiful and special, served in eggshells with the flourish of gold leaf. Not on the menu though. 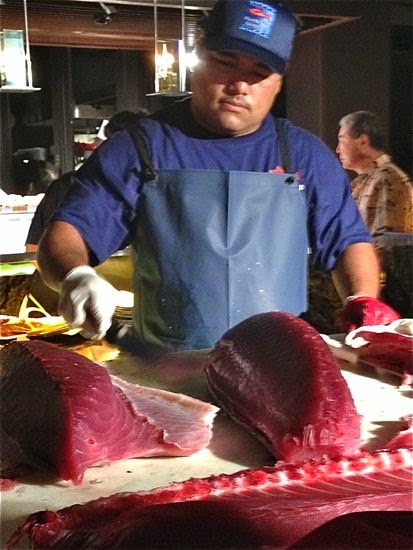 An ahi-cutting demonstration was also featured during the grand opening celebration. 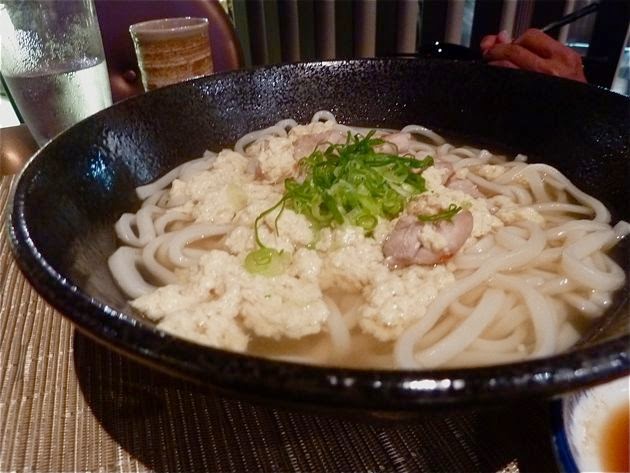 Chicken and egg udon was a nice comfort dish. 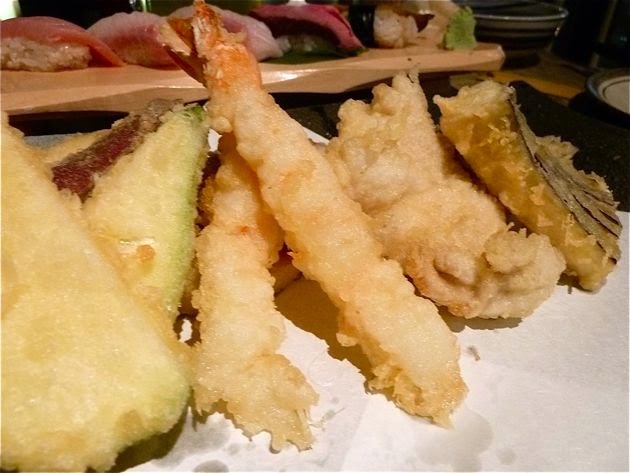 There’s been a lot of inconsistency in presentation here, from lunch offerings to tempura. I felt cheated when my tempura was missing kabocha, while other plates had it. 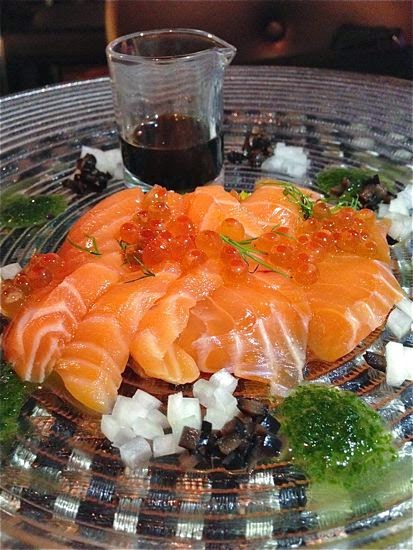 Smoked salmon carpaccio is one of the evening appetizers, $16.50. 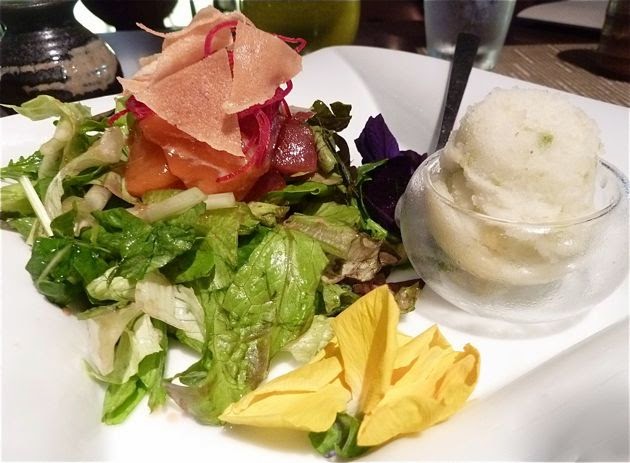 An ahi and salmon poke salad was nothing special, but I loved the accompanying salty/fiery wasabi sorbet. 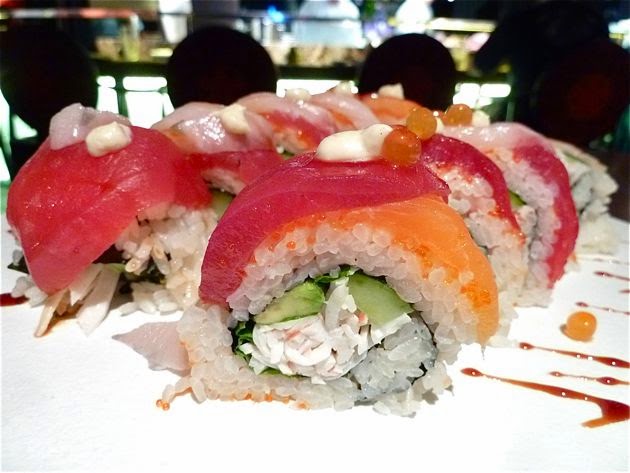 Sushi rolls are pricey, but filling. The Dragon Roll is a California with shiso and layers of maguro, salmon and hamachi. I loved the heat and ctirus from the dollop of yuzukosho on top. 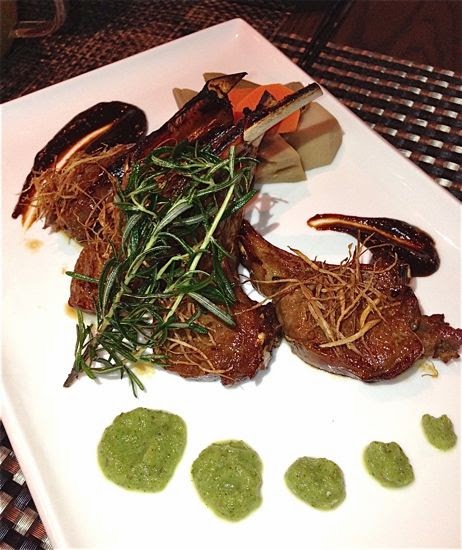 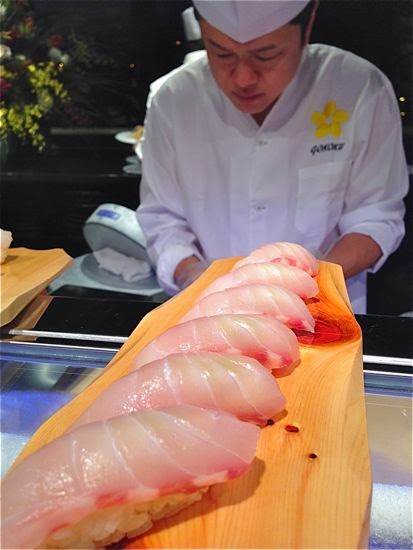 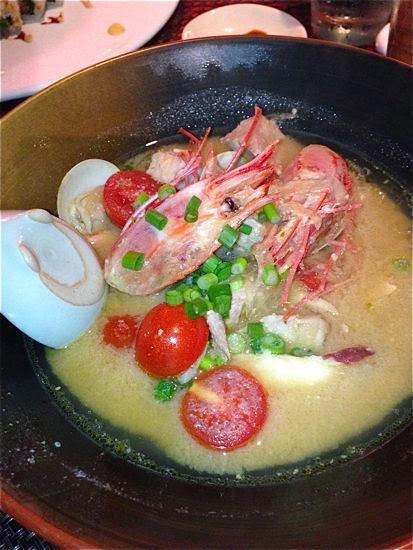 Japanese seafood stew can be described as a miso-based bouillabaisse.