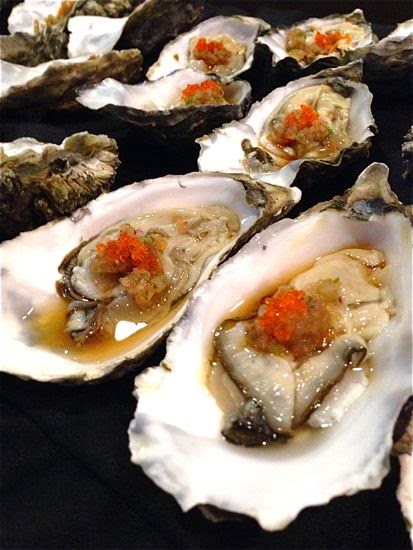 There’s something cooking at the Waikiki Sand Villa Hotel. At one time it was home to The Noodle Shop and the comedy/music trio if Frank de Lima and Na Kolohe. Then at some point in the ’90s, or maybe sooner, it went quiet.

Now all of a sudden, there’s been a burst of activity. Perhaps motivated by the popularity of the poolside Il Buco, an unassuming gem of a wine bar, hotel management has gone forward and refurbished the former street front Sand Bar, and rechristened it Wood & Bucket.

Company president Hiroki Shuto was in town to celebrate the bar’s grand opening on Jan. 9, saying he’s wanted to make changes since 1987, and along with the redesign, thought the name change was necessary.

The name Wood & Bucket is one of the most nonsensical I’ve heard lately, and has no deep meaning save for the fact that most of the interior comprises wood, and the menu comprises a bucket of ambitious and far-flung ideas. That is typically the starting point for the naming of a thing, but that is as far as they went. But, should you happen to find yourself there on Super Bowl Sunday or beyond, you will find a casual, no-nonsense setting with some classic bar fare as well as more upscale temptations on shareable big and small plates.

The food is the work of chef Winston Madayag, formerly at Top of Waikiki, Ruth's Chris Steak House, and Fresco.

Added bonus No. 1: Night owls will be happy to know it’s open until 4 a.m. daily for those late-night or early morning munchies.

Added bonus No. 2: Before or after a visit, you can rest your feet in the warm water of the hotel’s free ashiyu, or solar-powered foot spa, a pleasant way to end the day.
————
The Waikiki Sand Villa hotel is located at 2375 Ala Wai Boulevard; cross street is Kanekapolei. Call (808) 922-4744. 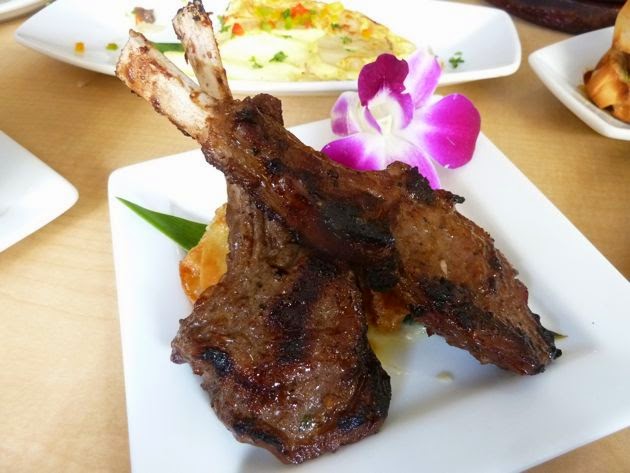 My favorite dish here was the lamb lollipops with five-spice and cumin. 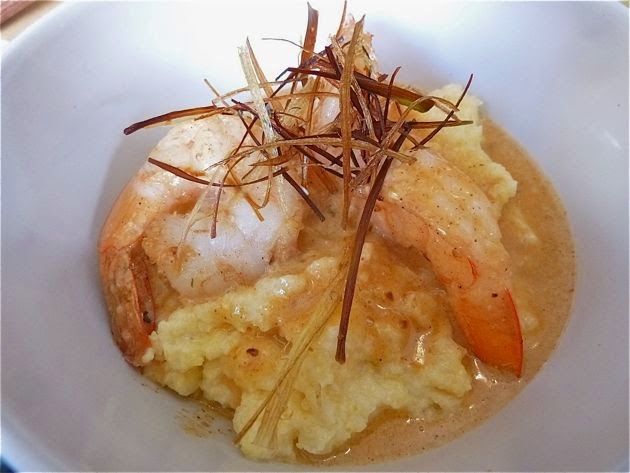 I loved the buttery polenta on a small plate of polenta and BBQ shrimp, which was quite bland. The polenta was nice compensation, but may be too rich for some, so I thought the portion was perfect, at $8. 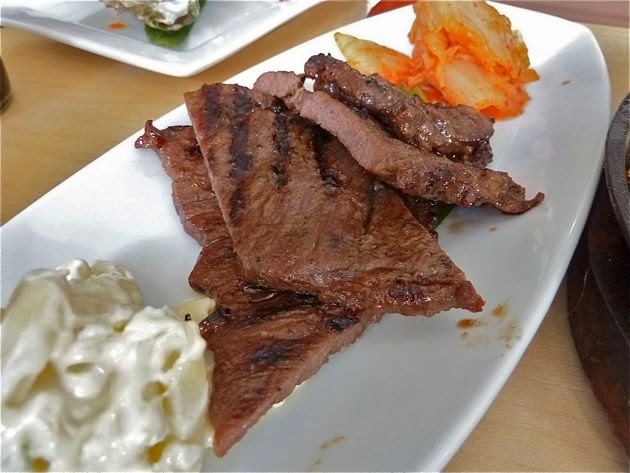 The kalbi tapa comprises a few pieces of boneless shortrib with sides of kim chee and mac salad, $7. 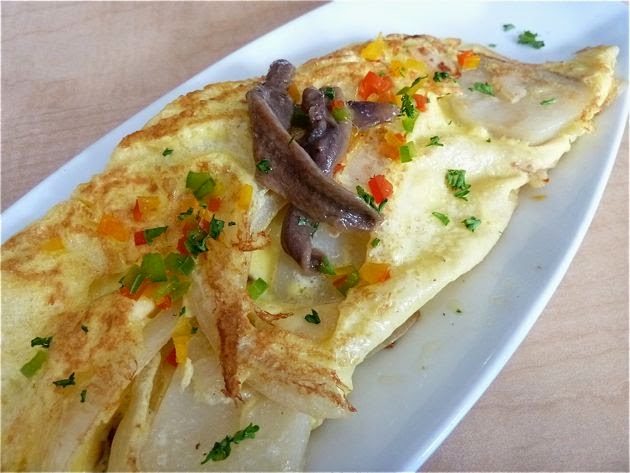 Tortilla Española with a filling of sliced potatoes and onions was just OK. It could have used a bit of spice and heat. The anchovies on top were not enough to flavor the entire omelet. 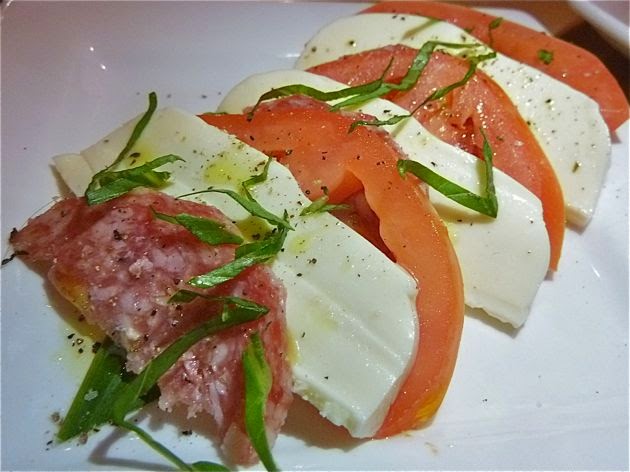 A classic caprese had an extra layer of chorizo, $5. 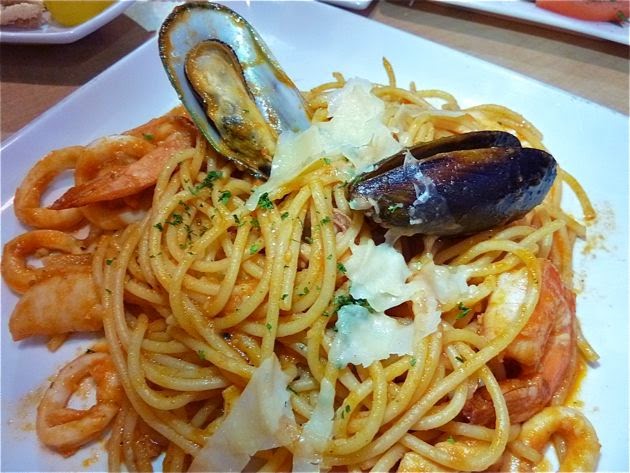 Seafood pescatore is one of the bar’s entrée plates, at $16. It was rather dry when I was there, and if you want pasta, you will be better off heading to the Waikiki Sand Villa’s poolside wine bar, Il Buco. 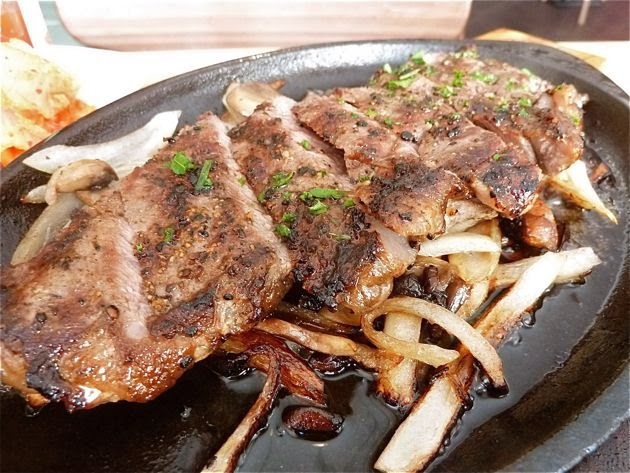 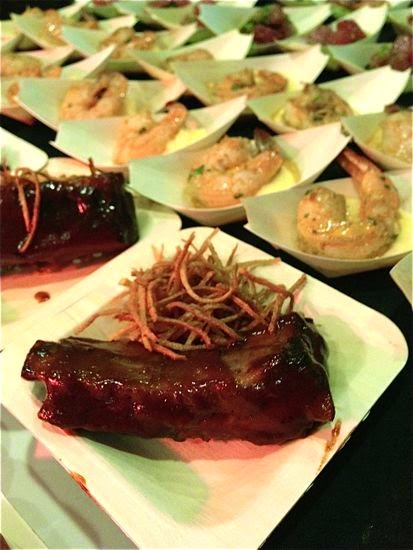 Sweet lilikoi ribs and the polenta and ribs were among the sample dishes at the Jan. 9 grand opening.