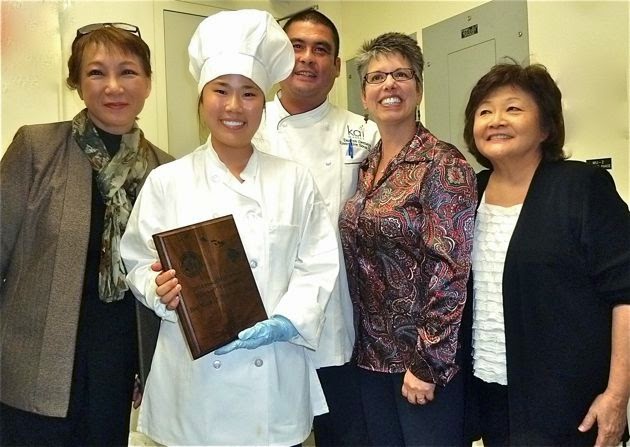 Nadine Kam photos
Krislyn Miyagawa, a Mid-Pac junior, won the Best Cookoff Performance award for her dish of seared opah and scallops over local veggies, during the statewide “Buy Local, It Matters” student recipe and cooking contest. Surrounding her are, from left, judges Pamela Young, Sheraton Waikiki chef Darren Demaya, Dean of the UHM College of Tropical Agriculture and Human Resources Maria Gallo, and Sharon Hurd from the Hawaii Department of Agriculture.

If you want evidence as to how far we’ve come on the culinary front, you just need to take a look at the professional level work presented by high school students who participated in the “Buy Local, It Matters” statewide recipe and cooking contest.

The event, sponsored by the Hawaii State Department of Agriculture, took place in the commercial kitchen at the University of Hawaii at Manoa Ag Science building Dec. 5, with five finalists hailing from Kea’au High on the Big Island, Molokai High, Campbell and Mid-Pac.

The students got there by first submitting a 200- to 300-word essay explaining what buying local meant to themselves, their family, community and Hawaii. They also had to submit a recipe that included at least two locally grown or produced food items. More than 65 students entered the contest. 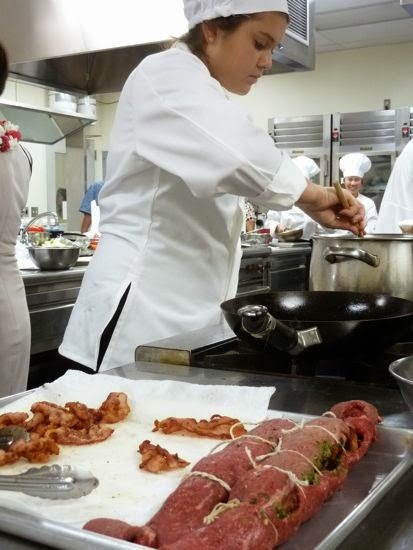 Molokai High School senior Kiana Simmons works on her dish of round steak roulade with bacon, Kumu Farms pesto and Molokai sweet potato mash. She brought her homegrown products with her.

The state’s “Buy Local” campaign was launched in 2007. According to Gail Hurd from the Hawaii State Department of Agriculture, and one of the judges for the competition, sustainability education is important if we are to support local industry and produce. She said that although .4 percent of the state’s budget is dedicated to agriculture, Waikiki hotels buy 70 percent of local ingredients available “because tourists want that experience,” she said, while lamenting the loss of such local produce as yellow-skinned, pink-fesh guavas that once grew on Kauai but can no longer be found.

In getting the students to think about what we lose when we rely on imports, she said the importance of buying local goes back into their communities.

Molokai high school senior Kiana Simmons also brought her own Molokai beef and sweet potatoes with her, rather than asking for Dept. of Ag assistance.

As to where they’re learning to cook and plate like a master chef, Mid-Pac junior Krislyn Miyagawa said she’s self-taught from watching YouTube videos for a year-and-a-half.

“I’m an active person and play tennis, so I’m into eating healthier and cooking healthier, so that was the spark for wanting to cook,” she said, adding that adults often warn, “If you don’t take care of your body now you’ll pay for it later.”

“I don’t eat out a lot because I’m able to cook by looking at pictures in magazines and videos on YouTube. I learn from them but make it my own.” 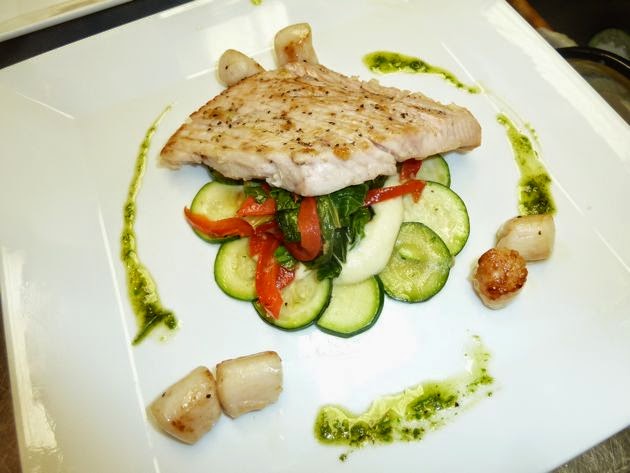 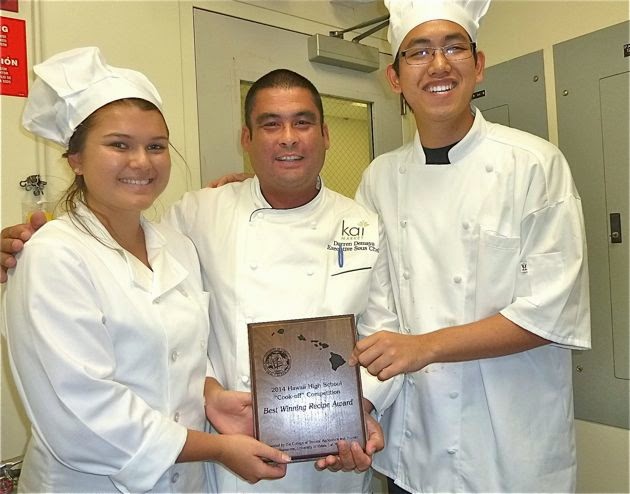 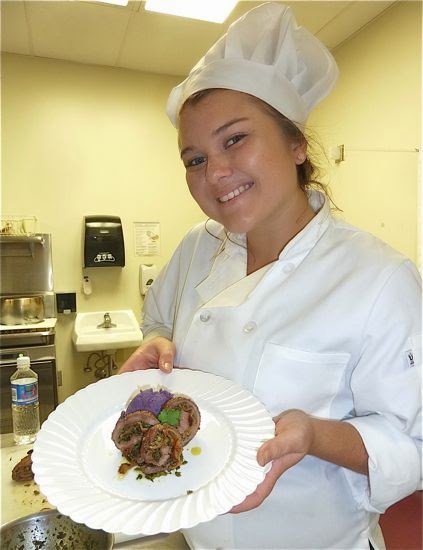 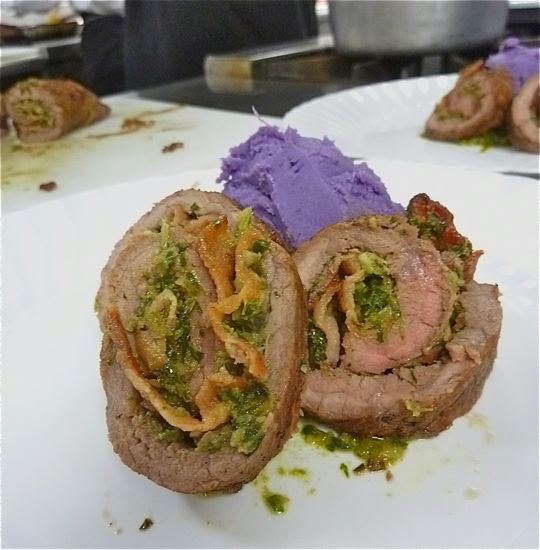 A closeup of the dish. 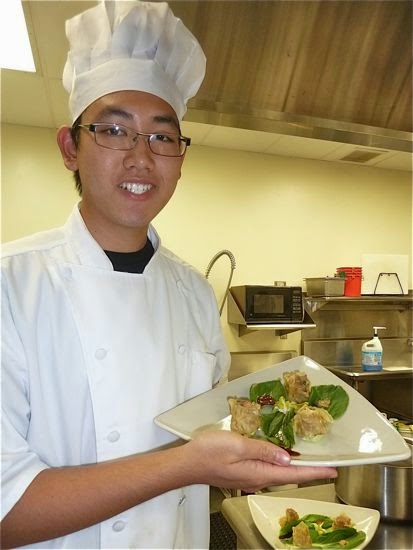 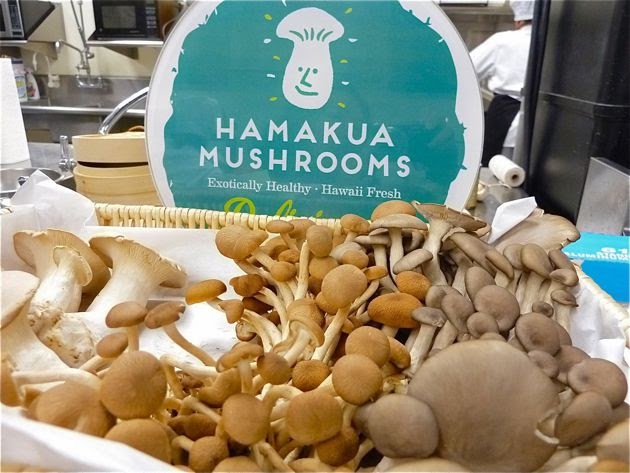 Some of the mushrooms that went into Kenny’s dish. 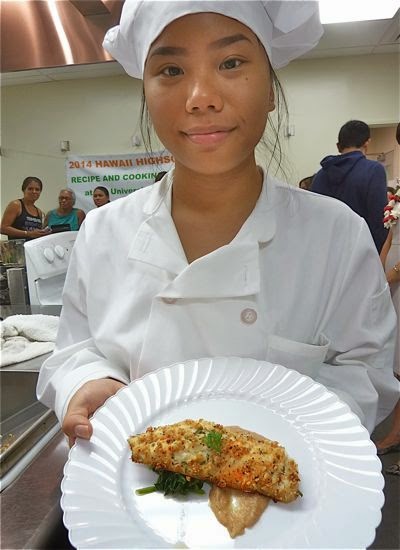 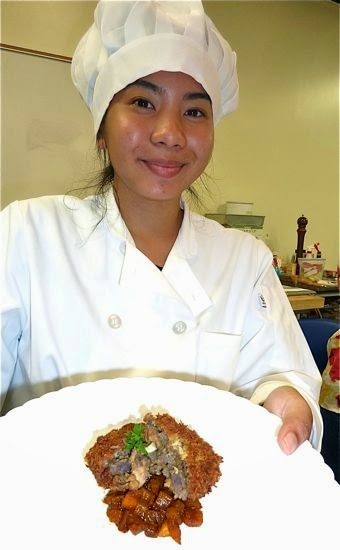 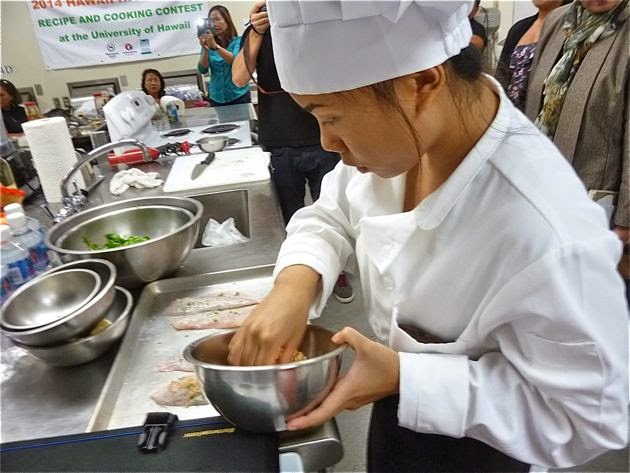 There was a lot of pressure on the students in a room filled with onlookers, parents, judges, photographers and videographers.
Posted by Nadine Kam at 4:24 PM