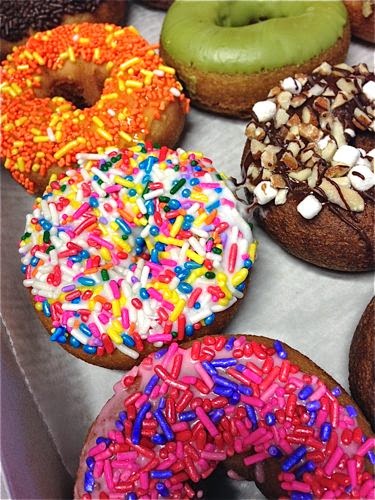 On June 6, Regal Bakery is giving customers one free donut per person (any one donut in its showcase), with no purchase necessary. The giveaway will run from 6 a.m. to 2 p.m.

If you want more donuts, 10 percent of sales will go to the Salvation Army.

The Salvation Army started National Donut Day 77 years ago to raise funds and bring awareness to their social service programs. The event commemorates “Donut Lassies,” female volunteers for The Salvation Army in World War I who provided writing supplies, stamps, clothes-mending and home-cooked meals (including donuts) to soldiers.

Donut Lassies would fry donuts in the soldiers’ helmets on the front lines, seven donuts at a time.
What makes this year’s observances even more symbolic is that next Friday also marks the 70th anniversary commemoration of D-Day. 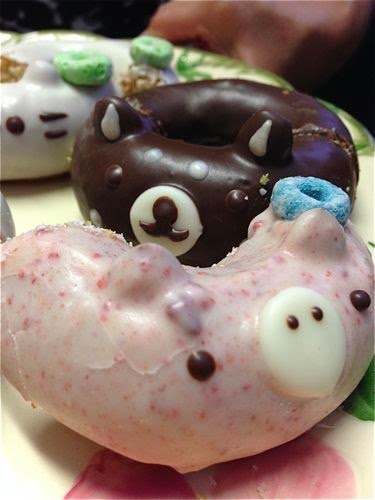 On a related note, these adorable Floresta Nature animal donuts (pictured above) that originated in Nara, Japan, are not free, but $2.25 each at Kansai Yamato at Moanalua 99, the former 99 Ranch; cash only. 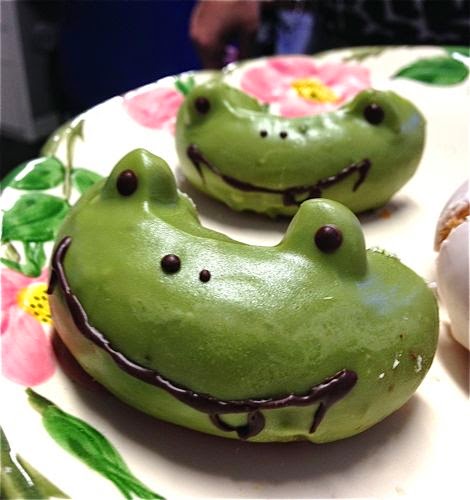 ———
Nadine Kam is Style Editor and staff restaurant critic at the Honolulu Star-Advertiser; her coverage in print on Wednesdays and Thursdays. Contact her via email at nkam@staradvertiser.com and follow her on Twitter, Instagram and Rebel Mouse.
Posted by Nadine Kam at 3:15 PM