Iyo Udon to open at Ala Moana 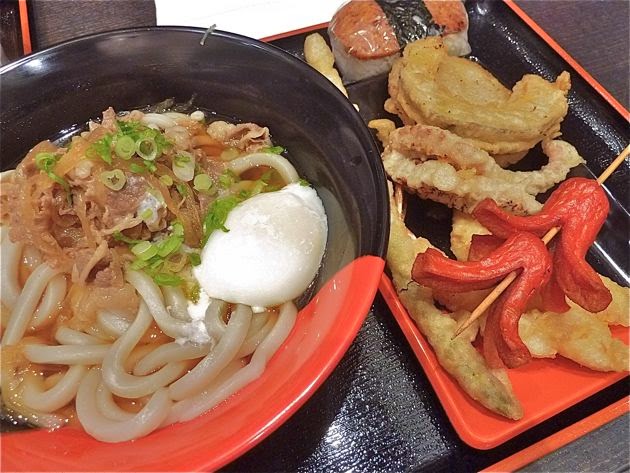 The self-service, casual udon restaurant is on the mauka side of the center, in the former Panya space, where there is room for 65 patrons at a time. The restaurant specializes in thick, Sanuki-style noodles served hot or cold. The simplest dishes they offer are kamaage udon served hot with dipping sauce, cold zaru udon (also served with dipping sauce) or kake udon served in hot broth; all run $3.75 for a regular portion or $4.75 for large. 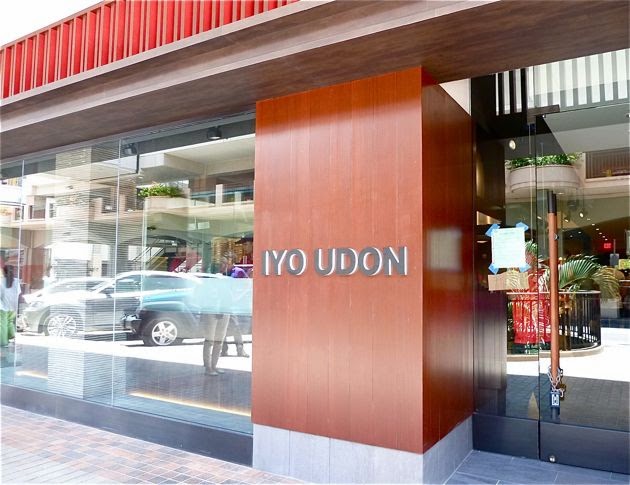 The restaurant is on the mauka side of Ala Moana Center, in the former Panya Cafe site. 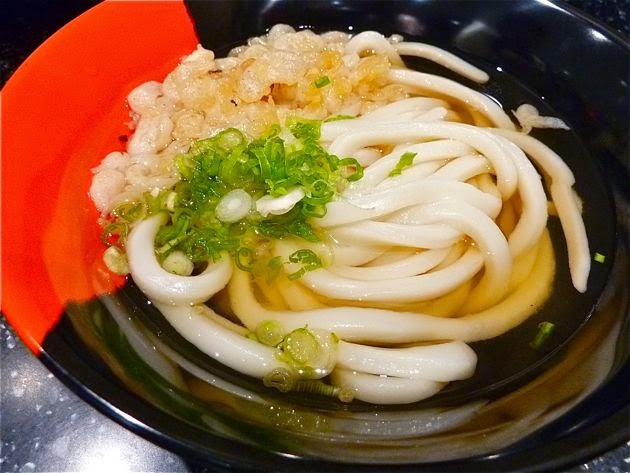 When you arrive, get in line for your udon. Pictured is kake udon, to which you can add root ginger, red ginger, green onions and tempura chips, before picking out sides. 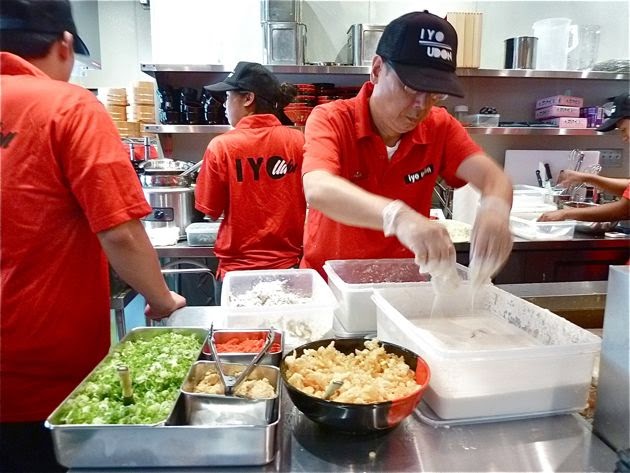 While in line, you can also watch the crew in action, here, dredging chicken into tempura batter.

Side tempura “toppings” run about $1.25 to $1.75 per piece, and some of the best items I sampled during a Thursday preview event were shrimp tempura ($1.75 per piece) and onion-heavy mixed vegetable tempura ball ($1.75). And although the chicken karaage (two pieces for $1.50) looked leaden, it turned out to have been marinated in vinegar so it turned out to be tender, juicy and flavorful. 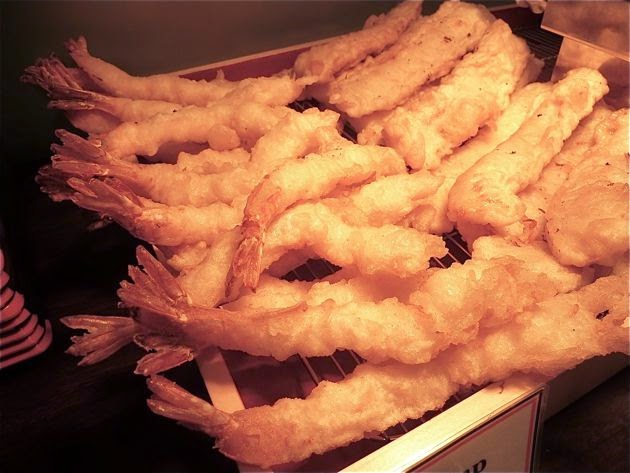 Sides from the sea include the shrimp tempura pictured, plus thick squid legs and fishcake. 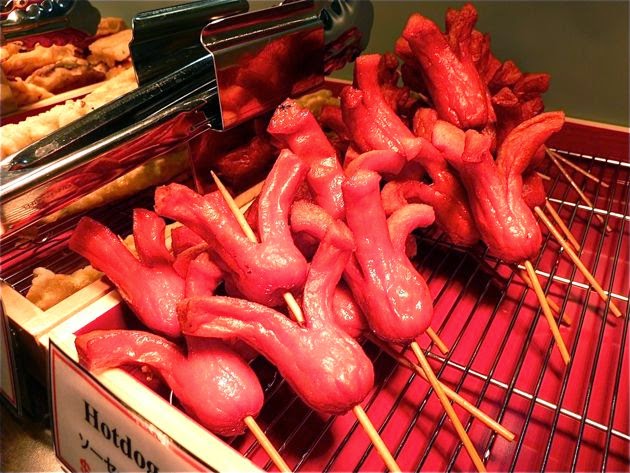 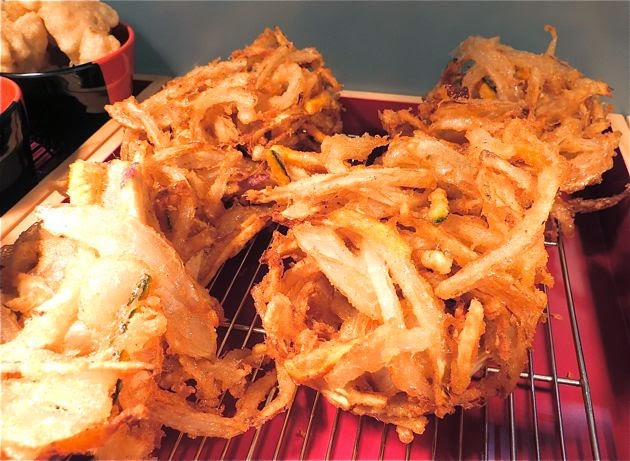 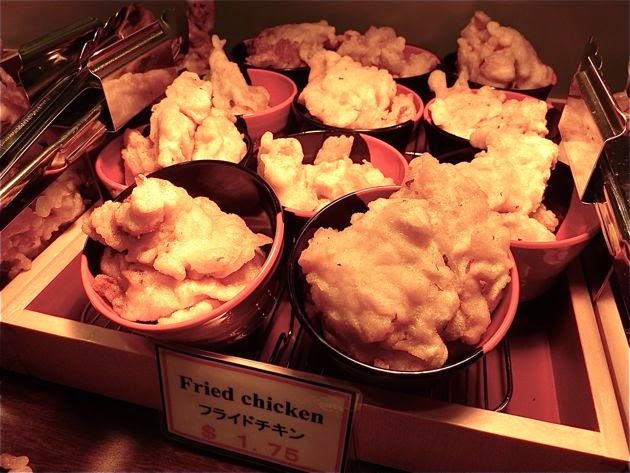 Chicken looked heavy, but, marinated in vinegar before the deep-fry treatment rendered it more tender and flavorful than it looks. 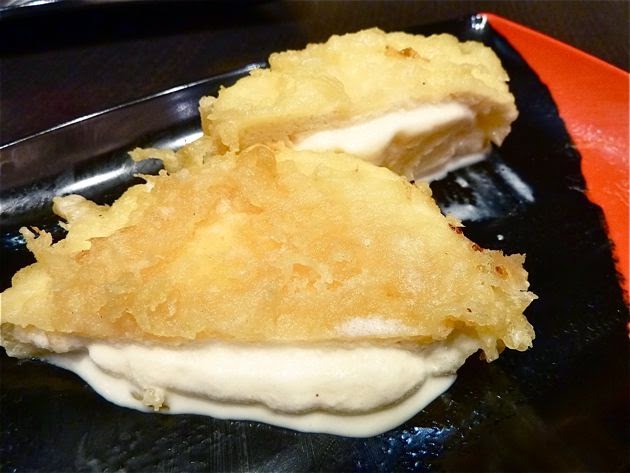 Dessert of deep-fried ice cream started to melt quickly with the heat of summer ... or at the slow pace of requisite social media photography.

Iyo Udon is owned by the Osaka-based Hannan Ribiyo Co., and is known as Iyo-seimen in Japan, where the company has 30 udon restaurants. The company recently expanded to open a shop in Korea, and the Honolulu store will be its first in the United States.

The restaurant’s owner got his start in business opening barber shops and hair salons, and his empire now numbers 600 salons, but he said, in Japanese, that he always loved udon. Indeed, after introductions during a press preview, he happily sampled his own food, including nibbling on a croquette in his hands.

But it wasn’t necessarily about settling a craving; he also had his critic’s hat on, saying the tempura batter is not the same as in Japan because they can’t get the same flour and consistency.

Iyo Udon hours are 10:30 a.m. to 10 p.m. daily. Call 955-5888 or visit www.iyo-udon.com.
———
Nadine Kam is Style Editor and staff restaurant critic at the Honolulu Star-Advertiser; her coverage in print on Wednesdays and Thursdays. Contact her via email at nkam@staradvertiser.com and follow her on Twitter, Instagram and Rebel Mouse.
Posted by Nadine Kam at 8:19 PM