Lox of Bagels on the move 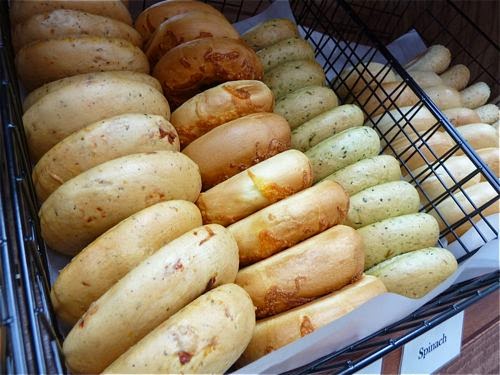 Nadine Kam photos
There be lots of bagels at Lox of Bagels, now open at a new Dillingham location. Among bagel selections are sun-dried tomato, cheese and spinach flavors. You'll also find the classic plain New York-style bagel, cinnamon raisin, and poppyseed among the 20-plus varieties available.

Lox of Bagels has opened a new location at 1111 Dillingham Boulevard, at Kokea Street, bringing the Sand Island business closer to central Honolulu.

The bakery operation will also be moving over, scheduled to become fully operational in a month, before closing the Sand Island kitchen later this summer.

The new location will offer Lox of Bagels 20-plus varieties of New York-style bagels, plus edibles such as bagel sandwiches, bagel dogs and specialty Bagel Puffs, bagel dough stuffed with fillings and baked. Some of the classic Bagel Puff combos are a cinnamon raisin puff with plain cream cheese; sesame seed puff filled with azuki bean paste; or a plain bagel filled with peanut butter and cream cheese.

According to company president Terumi Drake, among favorite sandwiches are the chicken salad bagel sandwich ($6.75) with the works: lettuce, tomato, sprouts, onions, mayo and mustard, as well as the namesake Manhattan Delight ($9) combo of lox and cream cheese.

Expansion plans don’t stop there. Another Kapiolani location is expected to open in July, with a new café concept, and will be dubbed Café Grace by Lox of Bagels. 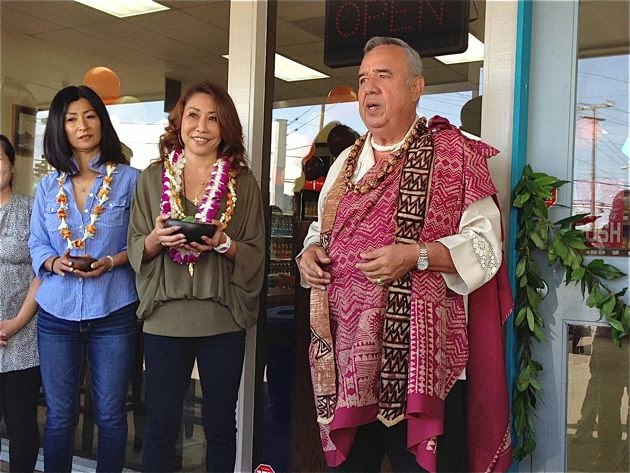 Kahu Wendell Silva performed a blessing before the grand opening of Lox of Bagels May 15. Standing beside him are district manager Stacy Kim, left, and company president Terumi Drake. 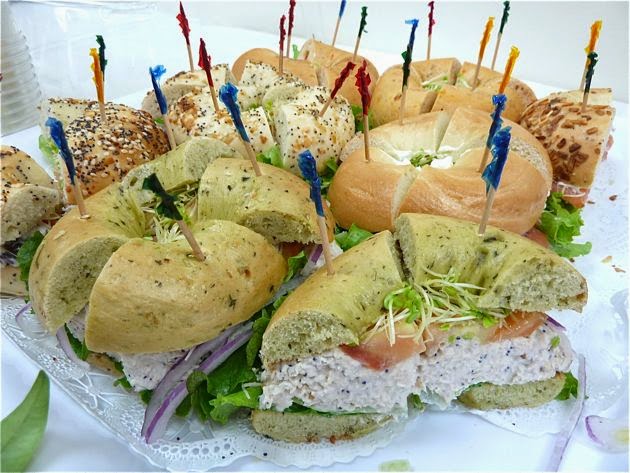 Samples of bagel sandwiches include the popular chicken salad bagel combo, shown here in the foreground on a spinach bagel. 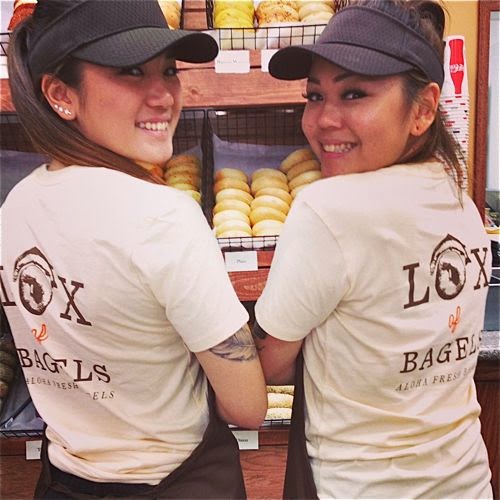 Employees Marina Higa, left, and Celina Velasco show off their Lox of Bagels T-shirts featuring a salmon leaping over a bagel. 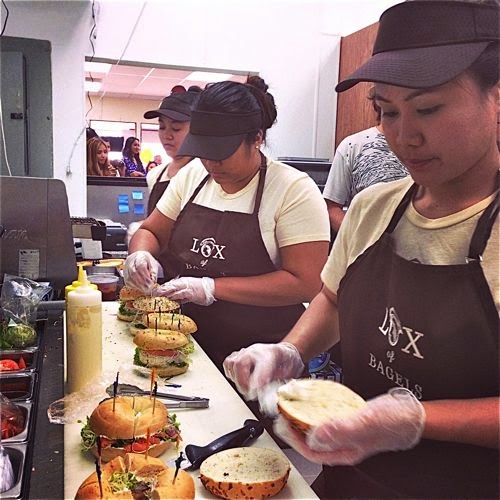 Building sandwiches in the kitchen. 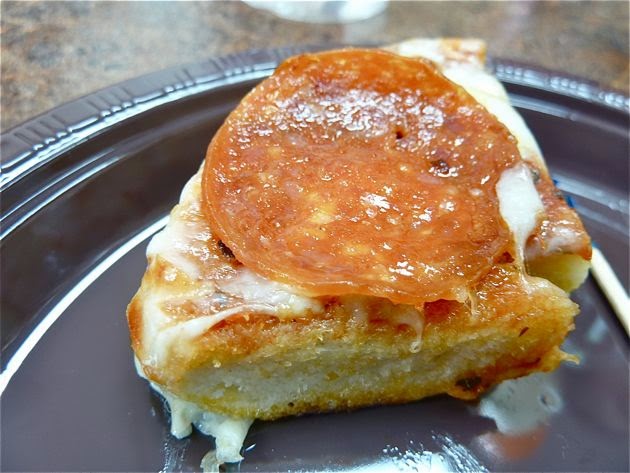 A bite of the pepperoni cheese pizza bagel. 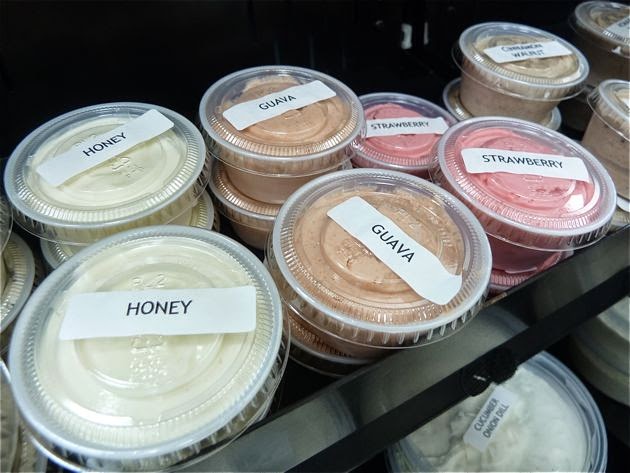 Let's not forget the yummy cream cheese options such as the honey, guava, strawberry and cinnamon walnut flavors shown here. There are many others, including jalapeño cheddar, spinach herb, cucumber dill and garden vegetable. 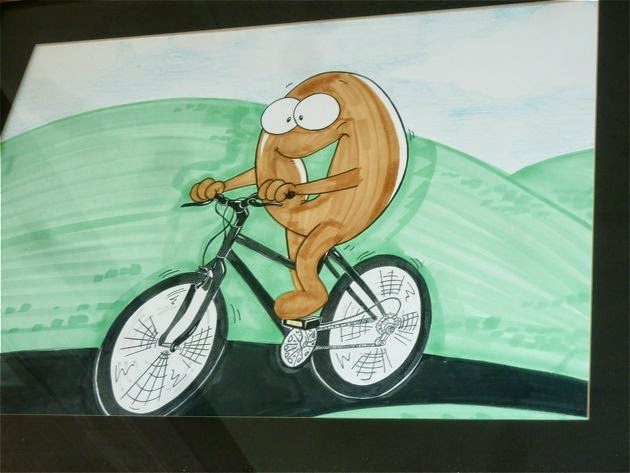 ———————
Nadine Kam is Style Editor and staff restaurant critic at the Honolulu Star-Advertiser; her coverage in print on Wednesdays and Thursdays. Contact her via email at nkam@staradvertiser.com and follow her on Twitter, Instagram and Rebel Mouse.