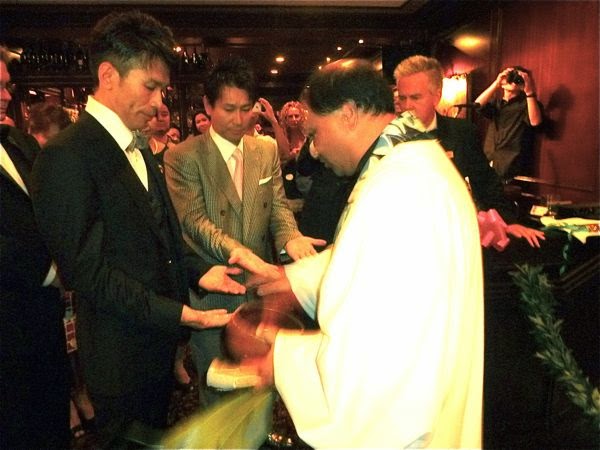 Hy’s Steakhouse opened the doors to its new Executive Level private dining area in what was formerly the Green Room, with a private party that took place May 18, hosted by T. Brothers International owners Toshihiko and Katsuhiko Tabata.

Most of the event took place in the general dining area, where guests arrived to see a beautiful spread of caprese salad, grilled vegetables, sashimi, the restaurant’s classic Caesar salad, prime rib, lamb chops and more.

Unfortunately, by dinner time, I was still full from brunch earlier that day, so didn’t feel like eating, though I heard so much of it was wonderful. Darn! 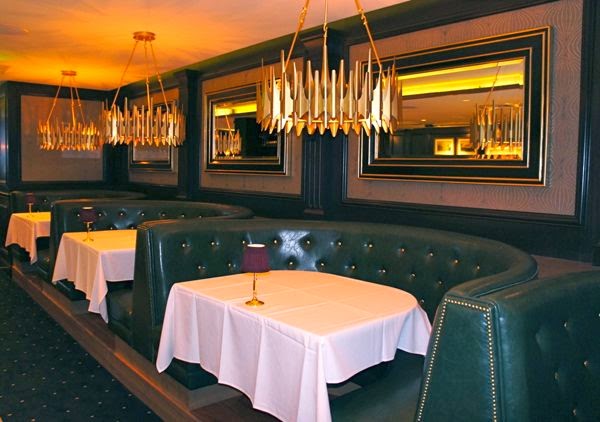 Hy's photo
A detail of the new Executive Level space.

After much dining and socializing, it was time for a blessing by kahu Cordell Kekoa, and the cutting of the ribbon leading to the new Executive Level, which is a great improvement over the former disconnected floral look of the old room. The new setting pairs well with the stately, dark wood interior of the rest of the restaurant, and the Executive Level can be converted into a private dining area that features a flat-screen monitor with Wifi capabilities, CD/DVD player and laptop connectivity for group meetings and events for up to 25 people.

Set up in the Executive Level were an array of desserts, including stations where guests could observe the making of classic Bananas Foster and Cherries Jubilee that have been on the menu since the restaurant opened.

This is just one of the changes that have taken place since T. Brothers became the owners of the 38-year-old steakhouse in 2011.

And, with Japan ownership comes opportunity for expansion, with the first Hy’s Japan set to open early next year in Osaka, adding to the growing roster of Hawaii brands being exported abroad. 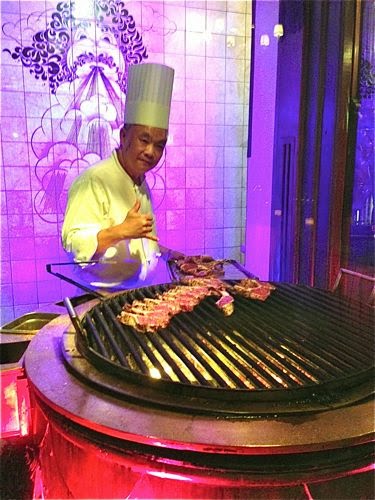 A chef works his magic in Hy's Broiler Room. 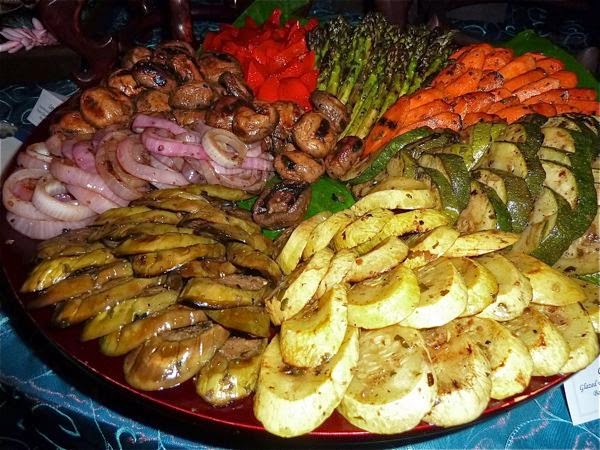 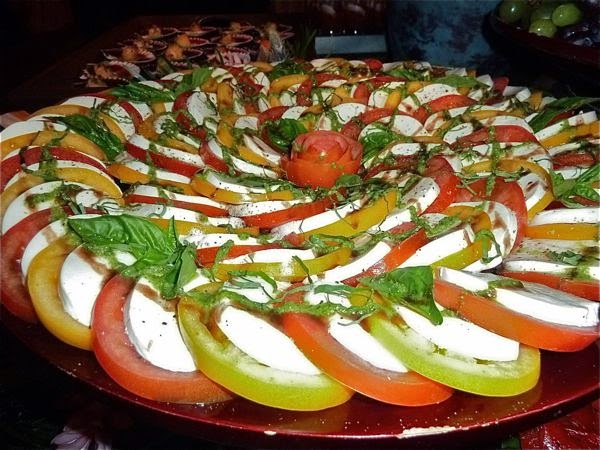 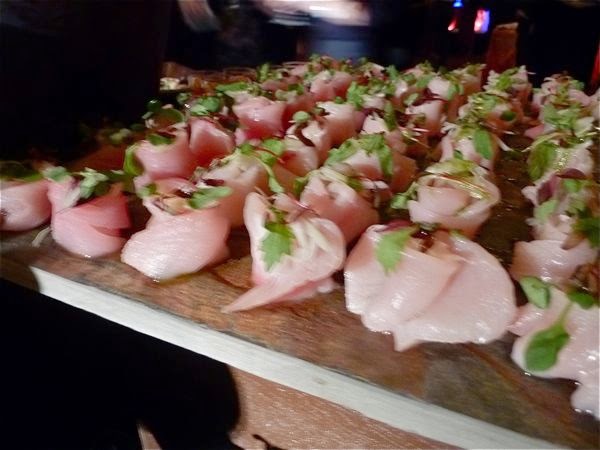 All that food and I wasn’t hungry that night, but everyone said the hamachi was perfection and I had two nibbles on my way out the door. It was great! 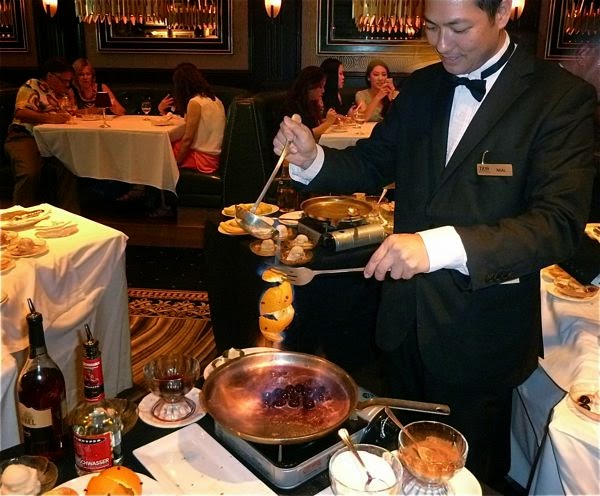 Lighting up the Cherries Jubilee. 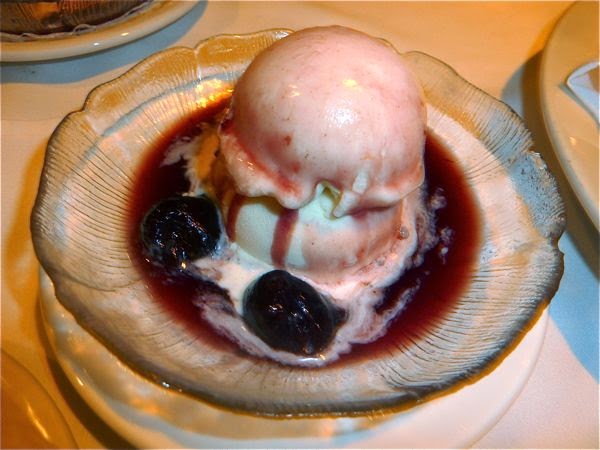 I also managed to finish a quarter of the cherries jubilee. 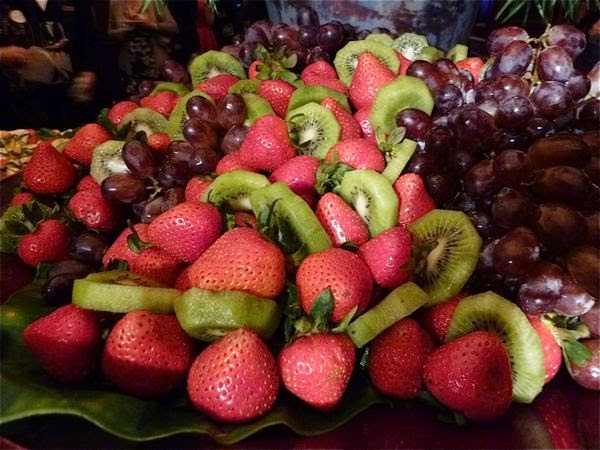 A platter of fresh fruit. 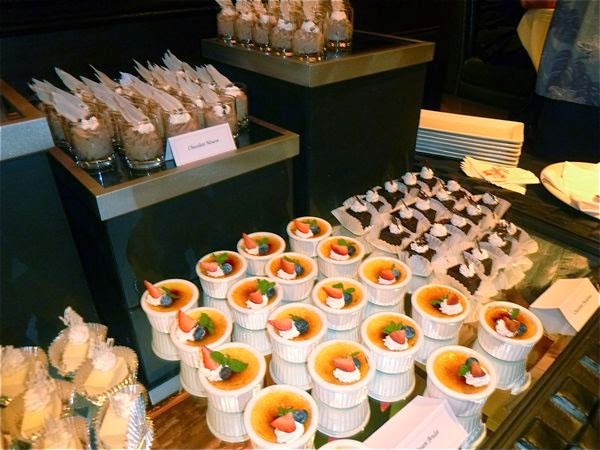 There were many other dessert selections in addition to the flambés. 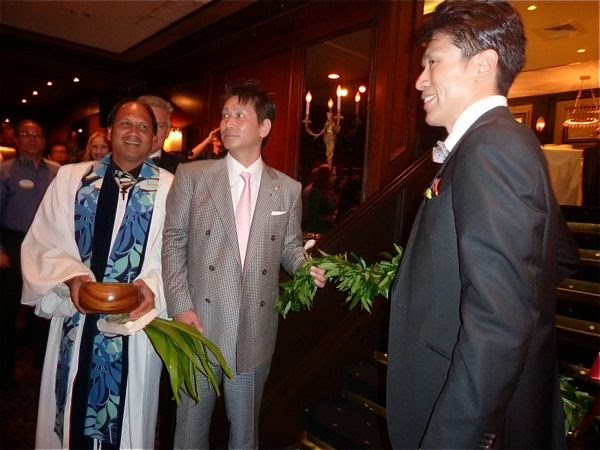 The Tabata brothers with the maile lei leading to the Executive Level. 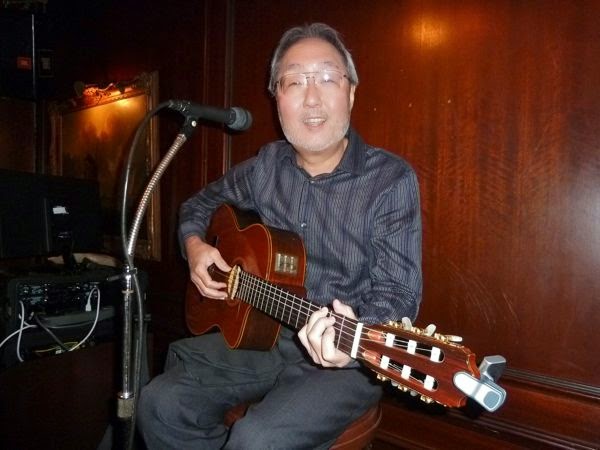 One thing that hasn’t changed in more than 30 years, Audy Kimura still performs from 6:30 to 10 p.m. Tuesdays through Saturdays.

———————
Nadine Kam is Style Editor and staff restaurant critic at the Honolulu Star-Advertiser; her coverage in print on Wednesdays and Thursdays. Contact her via email at nkam@staradvertiser.com and follow her on Twitter, Instagram and Rebel Mouse.
Posted by Nadine Kam at 6:58 PM