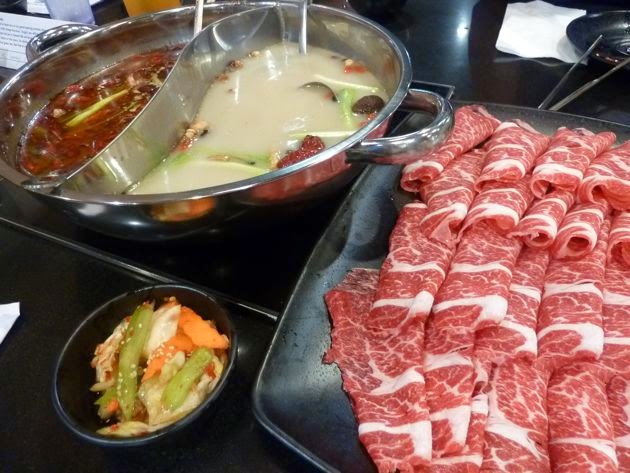 Nadine Kam photos
The Yin Yang broth at Little Sheep features one-half original beef-and-chicken stock based herbal broth, and one-half spicy broth. The broth cost is $3.95 per person. On the right is an order of thin-sliced lamb shoulder, 12 ounces currently at $15.95


Little Sheep Mongolian Hot Pot celebrated its grand opening, in part, with a media tasting that took place May 14 at the new restaurant in Ward Centre.

I felt relieved to see a restaurant worthy of the large, glossy space. The first Little Sheep restaurant opened in 1999 in Baotou, Inner Mongolia, China. Today there are more than 300 locations, spanning Asia and including five restaurants in Canada and 15 across the United States.

With a track record like that, you assume a certain degree of professionalism, but there were a lot of service issues on this night and on a followup visit, as if ingredients are not prepared to go as at other hot pot or shabu shabu restaurants. 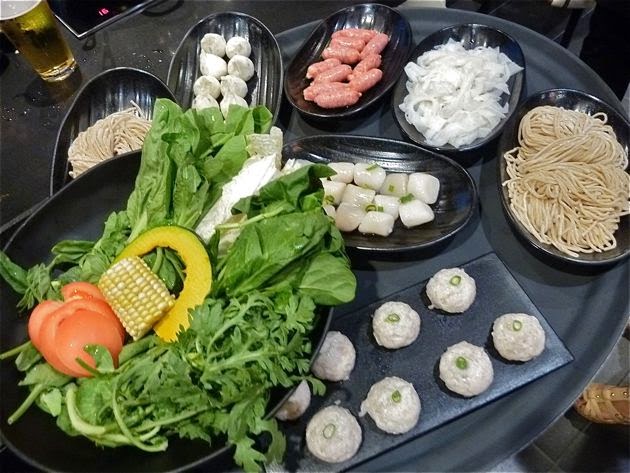 Ingredients that can be added to the pot include, from left, assorted vegetables, noodles, fish cake, sausages, scallops, tripe, more noodles and shrimp dumplings.

There seemed to be no logic to timing, method or organization involved in food delivery. Some tables received everything immediately. For me, soup was a long time coming. The vegetables and side dishes took a long time to materialize on media night, and on a second incognito outing, took an hour-and-a-half to materialize. But the meat came quickly, such that on both visits, we had gobbled up most of the meat before the vegetables, dumplings and noodles, etc., ever arrived.

You fill out a checklist to order, so make sure to doublecheck that list before you leave. When I was there, three items never made it to our table.

Others who visited after my review appeared in the paper said service improved, but was optimal if a) you are a Mandarin speaker, and b) if you yell angrily, not at just one person, but two or three servers and a manager.

I hope these issues are settled soon because I really enjoyed the food, especially the lamb, fresh veggies, roe-filled fishcake, enoki mushrooms and condiments.

I also like that it's spacious so you don't feel crammed or have to worry about navigating around people to get refills on sauces.
———————
Little Sheep is at Ward Centre, 1200 Ala Moana Boulevard, above Genki Sushi. Call 808.593.0055. 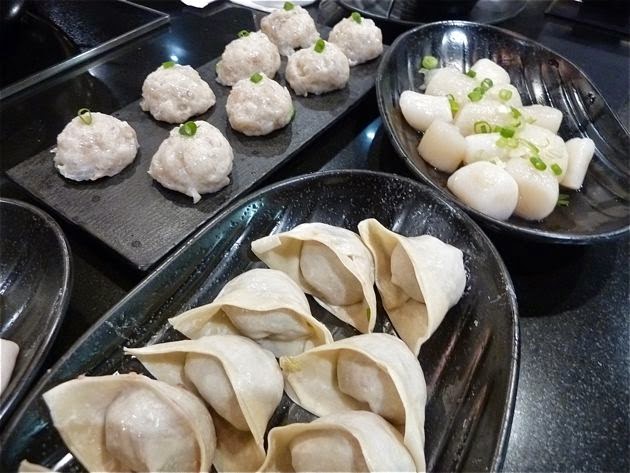 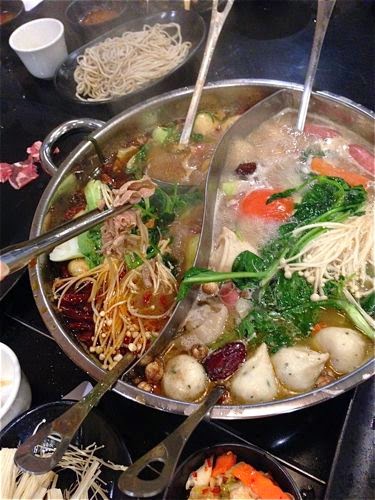 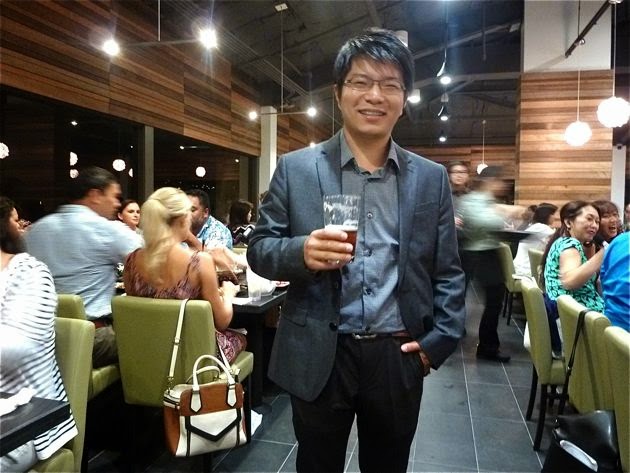 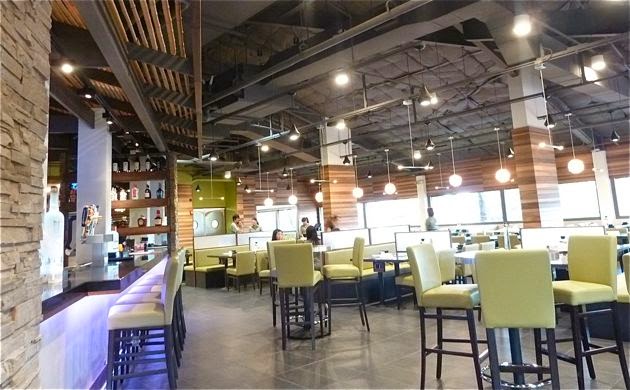 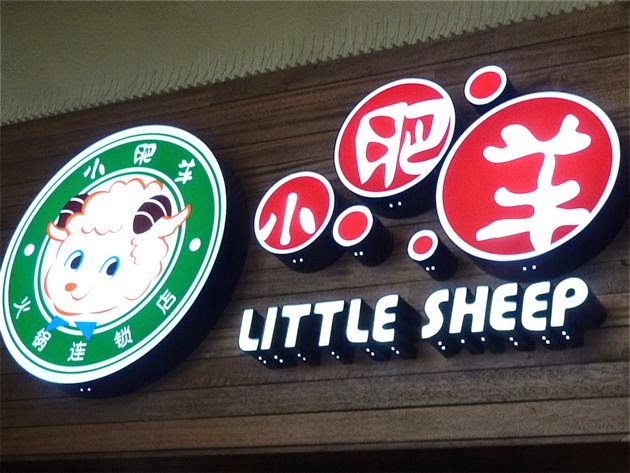 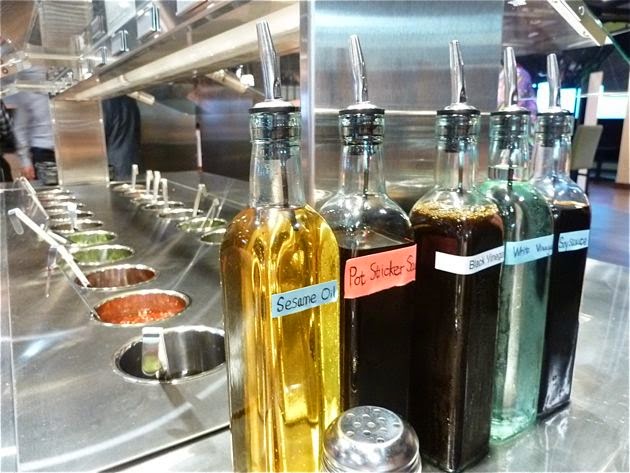 At the condiment bar. 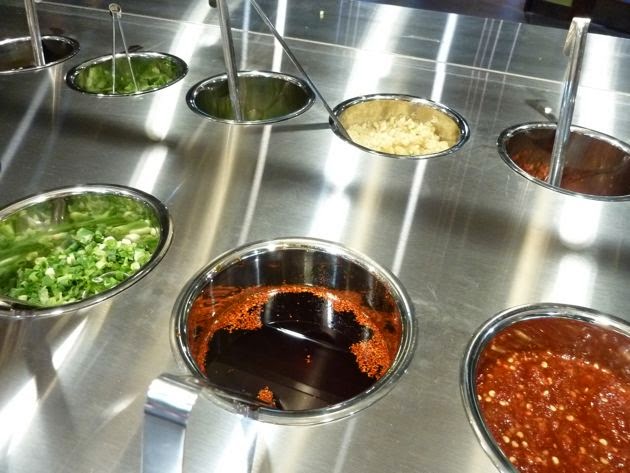 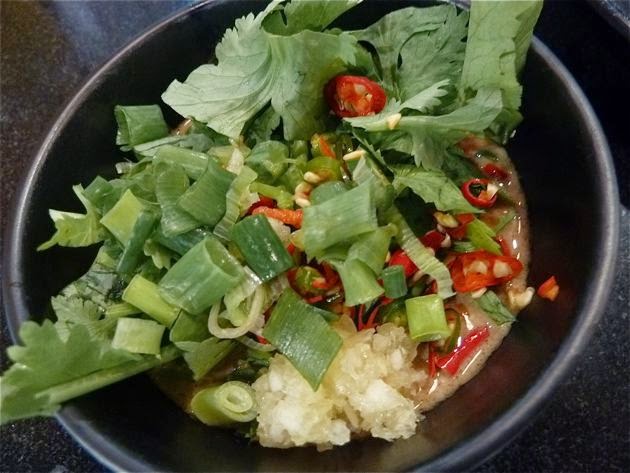 Some people like to keep their sauces separate. I like to throw everything together, including a base of sesame sauce, chili with oil, and sa cha sauce topped with garlic, cilantro and green onions.
———
Nadine Kam is Style Editor and staff restaurant critic at the Honolulu Star-Advertiser; her coverage in print on Wednesdays and Thursdays. Contact her via email at nkam@staradvertiser.com and follow her on Twitter, Instagram and Rebel Mouse.
Posted by Nadine Kam at 7:02 PM