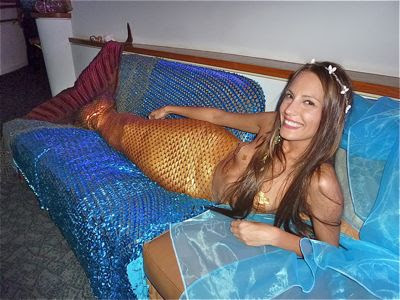 The Pacific Beach Hotel launched its Passport to Wine & Dine Summer Series on June 27 in the second-floor Neptune Room. Part 1 of the series was themed “Taste of the Mediterranean,” with a selection of marinated olives and red bell peppers, risotto with seared scallop, braised shortribs over mashed potatoes, oysters and wines to match various courses.

There were stations set up for food, and servers moved through the crowd with trays of pizza and bruschetta.

Also among the highlights were an array of fabulous desserts by Fenton Lee, former executive pastry chef for such luxury resorts as the Mauna Kea Beach Hotel, Waikaloa Hilton Resort, Hyatt Regency Kauai, and Grand Wailea. While the desserts, including fresh fruit in champagne gelée, were elegant, befitting a fine resort, guests were able to leave with one of his more earthy confections, the croissada, which I wrote about in the paper, causing a rush on the Aloha Center Cafe.

The pastry is described by Lee as a “delicate blend of a croissant and malasada” filled with a Polynesian vanilla Bavarian cream. 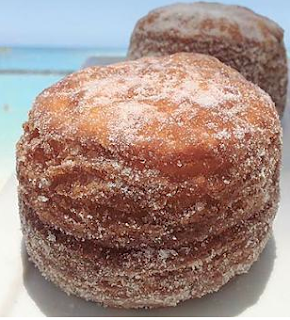 From the outside it definitely looks like a malasada, with its crisp golden brown exterior, rolled in granulated sugar. Inside it’s flaky like a croissant, and the cream filling reminded me of a long john pastry, which actually seems to make this three pastries rolled into one.

And if food and wine are not enough, Duncan Osorio, straight from "The Voice," will entertain. 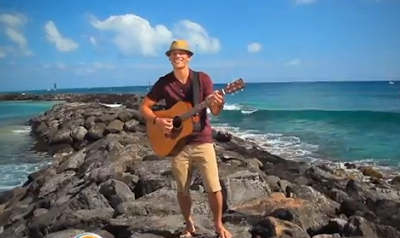 Duncan Osorio, also the voice of a Burger King commercial.

—————
For tickets, visit www.PacificBeachHotel.com or call the Catering Party Hotline at 921-6137. Pacific Beach Hotel is at 2490 Kalakaua Ave. 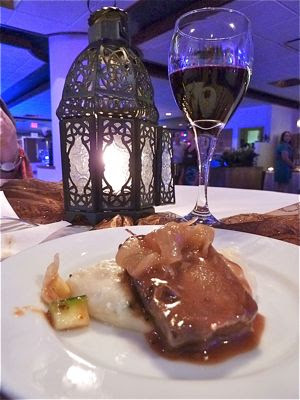 Braised shortribs were on the menu at "Taste of the Mediterranean." 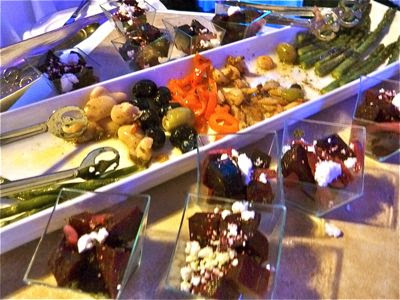 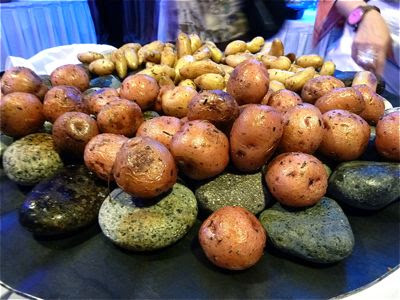 Roasted fingerling and red potatoes on the rocks. 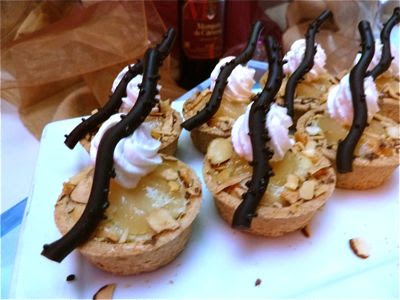 Pear tartlets by executive chef Fenton Lee were ah-mazing, as were all the other dessert selections. 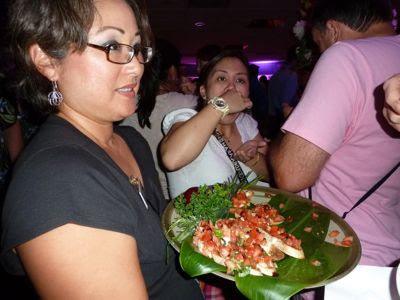 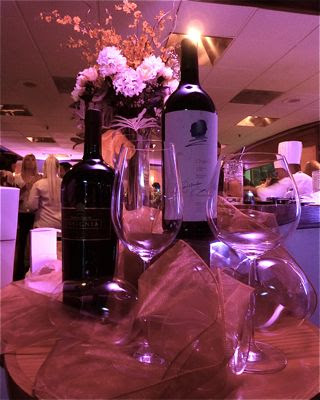 Wine bottles and glasses were part of the decor. 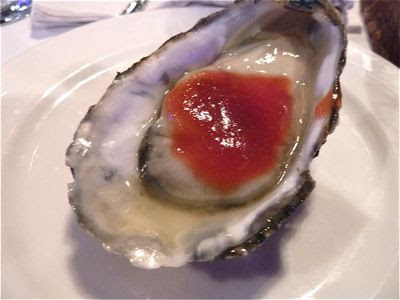 Fresh oysters were on the menu. Some women joined us at our stand-up table and said they had never tried oysters before. The oysters were firm and excellent, yet, they didn't care for them. I couldn't believe people could reach their mid- to late 40s without having tried something so basic and ubiquitous, so I feel fortunate to have a career that entails exposure to a lot of different kinds of food. 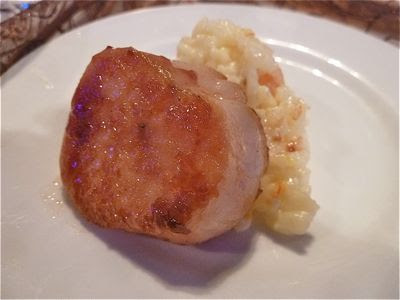 And seared scallops with risotto. 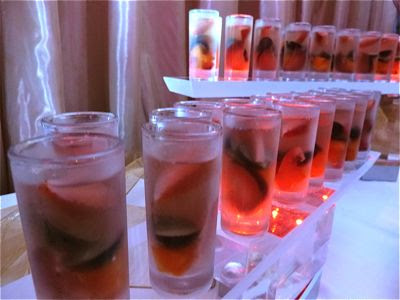 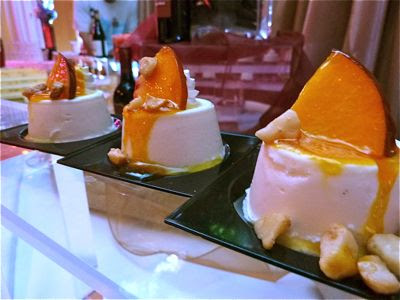 I heard these goat cheese desserts were delectable, but I was too stuffed to sample them.
Posted by Nadine Kam at 7:11 PM