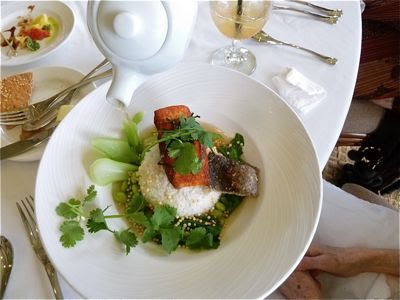 Oahu Country Club recently debuted a new lunch menu, and I had the opportunity to sample a few dishes during a meeting of the Bon Ton Girls June 19. I've been an honorary member since writing a story about them in 2008: http://archives.starbulletin.com/2008/05/29/features/story01.html

The women worked together at downtown's Bon Ton and Bon Marche stores in the 1930s and '40s, and the few remaining Bon Ton Girls are now in their 80s and 90s, but still manage to get together from time to time, following a 68-year tradition of camaraderie.

They initially started getting together for private socializing in 1945. According to group historian Gladys Goka, it happened because the big group of high-profile girls couldn't help but make a commotion everywhere they went, and if they got too wild, their boss would hear about it the next day, so they started meeting in each others' homes to avoid prying eyes and gossips.

It's good to know they remain friends to this day.

Here's a look at some of the new dishes on the plate that day. 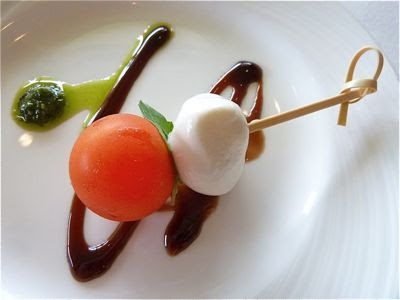 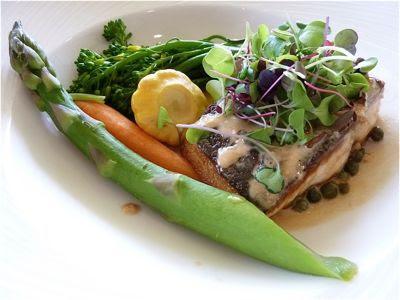 Pan-roasted Kona kampachi a la Grenobloise was fabulous, with its lemon-caper sauce, braised broccolini and other summer vegetables. 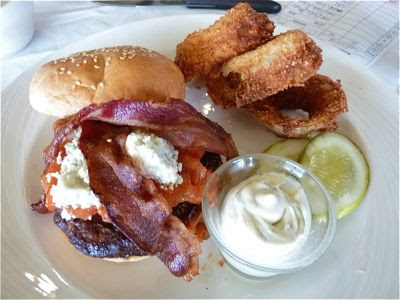 An 8-ounce Kobe burger is topped with blue cheese, seared tomatoes and bacon on a toasted Kaiser roll, with housemade onion rings. 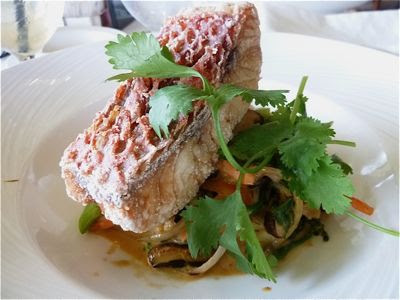 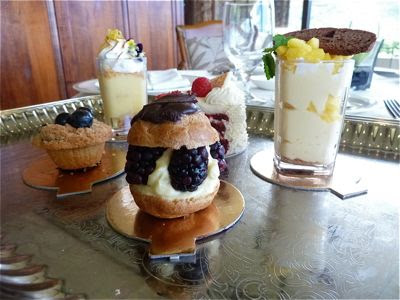 The dessert tray.
Posted by Nadine Kam at 2:57 PM