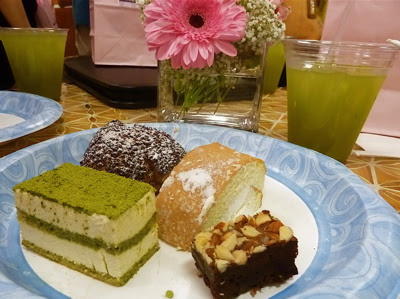 Kulu Kulu Cake opens today, Oct. 25 at Shirokiya, with light Japanese pastries that are "not too sweet" and dainty, as described by baker Eiji Kondo in his remarks to media previewing the confection selection a day ahead.

The lightness of a green tea tiramisu ($4.65) might be compared to a Panya dessert.

Kondo appeared teary as he recalled how he used to be a programmer who loved to bake, and eventually quit his office job to follow his passion. It's now been 17 years since he made that decision and he's never regretted it, enjoying his role of making people happy.

As he described the concept behind the bakeshop, he said that in Japan, each town has its own beloved bake shop, and Kulu Kulu aims to reproduce the confections that Japanese living in Hawaii miss from home. It's the same as if we moved away and suddenly found a bakery in L.A. or Seattle, or Paris reproducing Liliha Bakery Coco Puffs or Leonard's malassadas!

It was noted that "kulu kulu" in Hawaiian translates as "to multiply," so their goal is to multiply the number of people happy with their cakes. 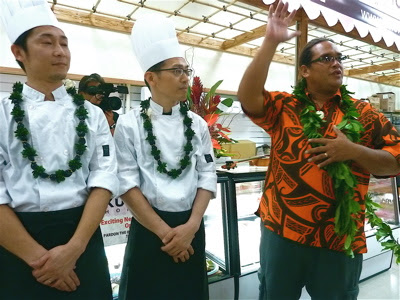 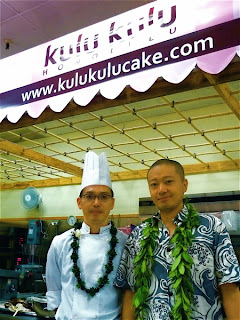 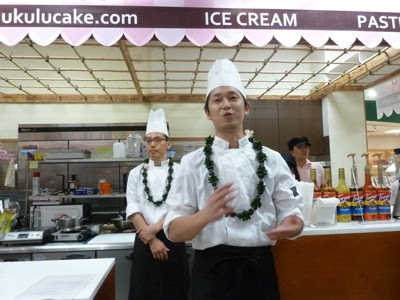 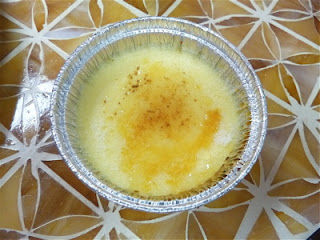 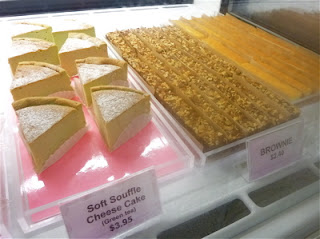 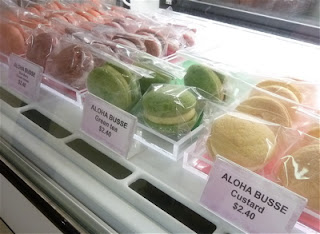 Multiple flavors of Aloha Busse, spongecake sandwiching creamy centers. I liked the blueberry cheesecake.
Posted by Nadine Kam at 3:07 AM