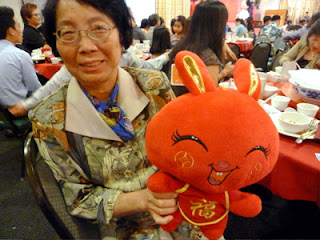 Nadine Kam photos
Amy Zhang was one of two winners of a stuffed rabbit during the Hawaii Mainland Chinese Overseas Association's elebration of the Year of the Rabbit at Empress Restaurant.

The Hawaii Mainland Chinese Overseas Association marked the start of the lunar new year with its annual Spring Festival Banquet on Jan. 30.

About 700 people packed Empress Restaurant in the Chinatown Cultural Plaza for a four-hour dinner that included many speeches, lion dances and entertainment that ranged from martial arts demonstrations by the Hawaii Wushu Center, to opera by Bai He, a magic show by Reyn Nishizuka, piano solo by 2010 Narcissus Queen Angie Zhang, and folk dance by current Narcissus Queen Ningjin Miao.

The informal association marks a way for Mainland Chinese to commiserate about home while in Hawaii, and even though I started studying Mandarin, I didn't understand much of what they were saying on stage, but I'm sure it was all about health, happiness, luck and prosperity in the new year, the things Chinese—and perhaps others—everywhere prize. 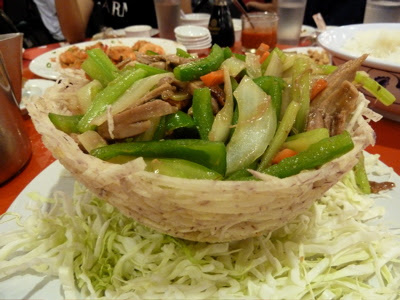 A dish of shredded duck and vegetables in a taro basket was created to celebrate the spring season. 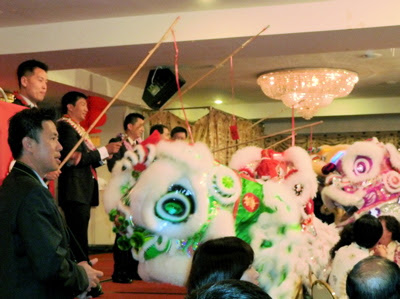 Business leaders lure lions with lai see in hopes of being blessed in 2011. 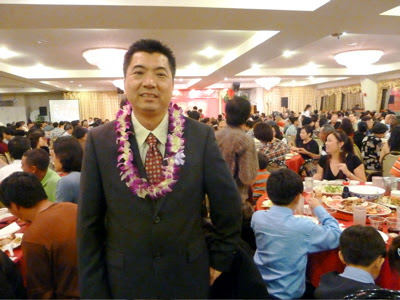 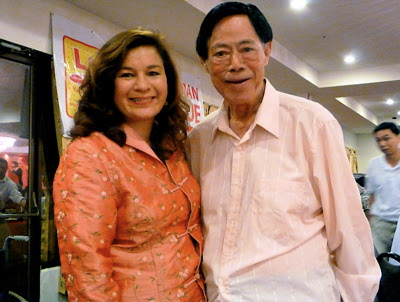 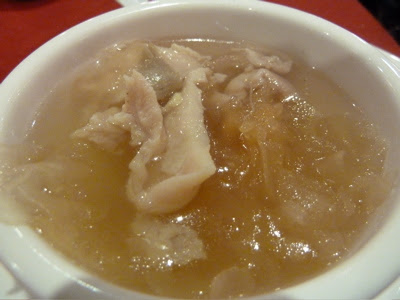 The meal started with scallop soup with chicken. 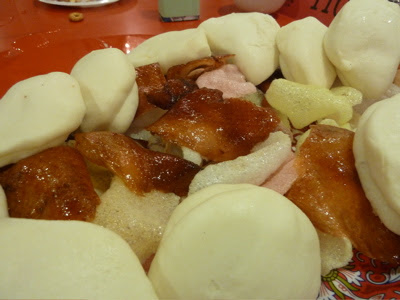 Peking duck with buns was the second course. 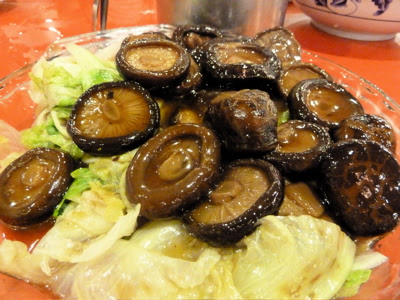 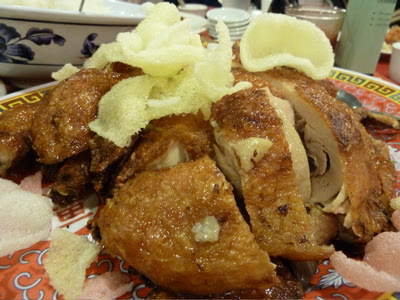 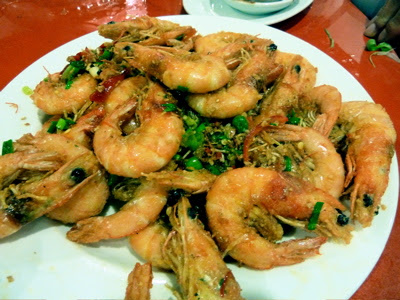 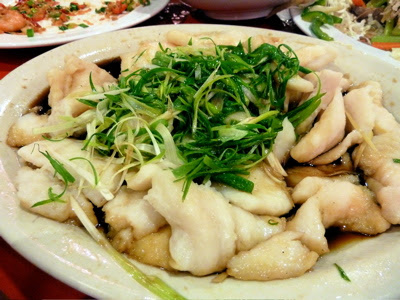