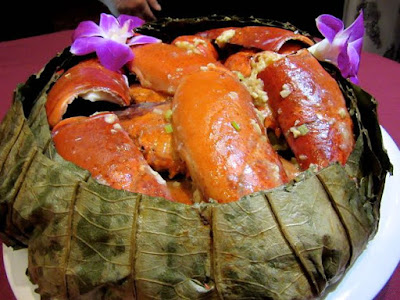 Nadine Kam photos
Lobster with mochi rice steamed a lotus leaf bowl was among the highlights of a dinner presented at Jade Dynasty by hosts Titus Chan and Kimo Wong.

Once an educator, always an educator. People 40 and older may remember Titus Chan as one of the original television chefs, right up there with "The French Chef" Julia Child, and "The Galloping Gourmet" Graham Kerr.

But few know Chan was a math instructor before finding TV stardom in 1972, when "Cooking the Chan-ese Way" debuted on KHET, followed by a national PBS release in 1973, introducing the art of Chinese cooking to 200 public television stations across the United States.

It was a combination of ease with instruction and being in front of the cameras, as well as his knowledge of Chinese cooking that got him the gig, and more than 40 years after starting to educate people in the "Chan-ese" way of cooking, he's still a proponent of learning more about Chinese cuisine. 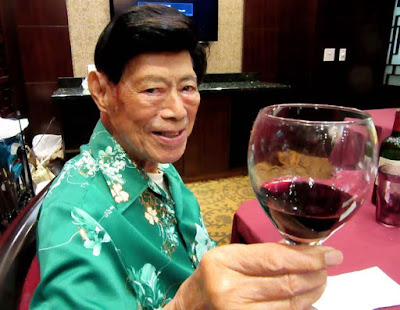 One of the origiinal celebrity TV chefs, Titus Chan.

A frequenter of Chinese restaurants, he says he feels he hasn't done his job when he sees people going to the restaurants and ordering the same old, like beef broccoli and sweet-sour pork, when Chinese fare has evolved so much over the decades.

To prove his point, he teamed up with Kimo Wong to host a nine-course dinner at Jade Dynasty Restaurant, showcasing options beyond beef broccoli, in hope that of encouraging people to step outside their comfort zone and perhaps try one new dish at a time.

Now that it's graduation season, most of these festive dishes can be prepared with 24 hours notice.

In addition, the restaurant in the fourth-level Ho'okipa Terrace offers dim sum offerings during the day, mirroring the latest innovations in Hong Kong and China. Call 947-8818 for reservations or information.

The big reveal for the the lobster on mochi rice: www.instagram.com/p/BFidVuPva7a/ 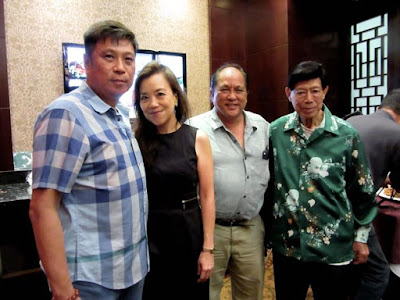 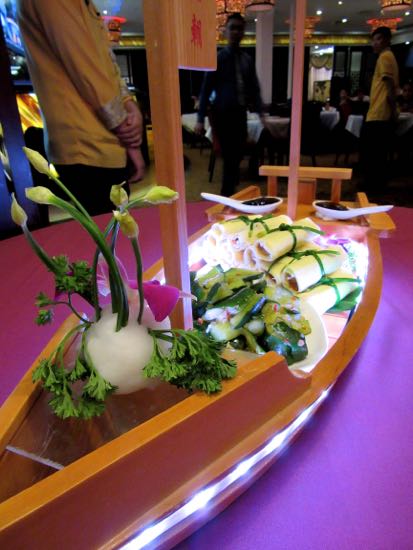 The first course of crisp, juicy pork in egg crepes, and garlic-marinated cucumbers (also plated below), arrived on this lighted vessel. 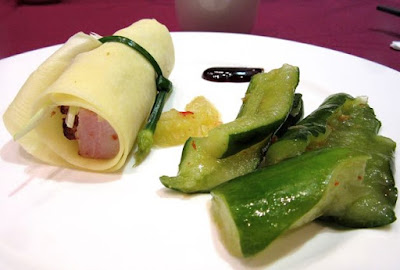 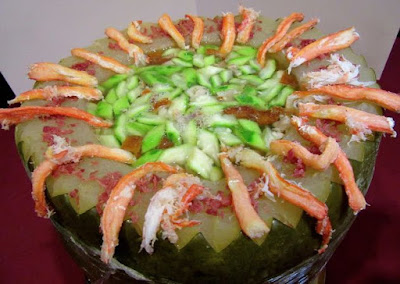 Steamed whole wintermelon soup arrived looking like a flower in bloom or burst of fireworks, with the rim of the melon lined with crab meat. 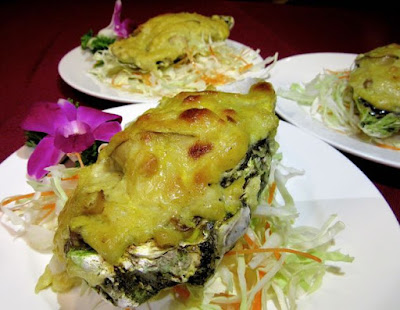 A baked Pacific oyster was topped with shrimp, scallop, spinach and a Portuguese-style curry sauce. 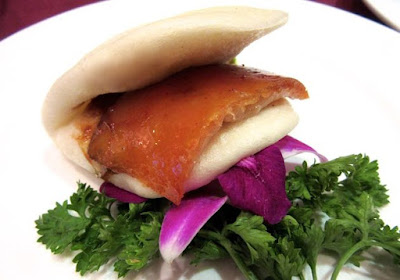 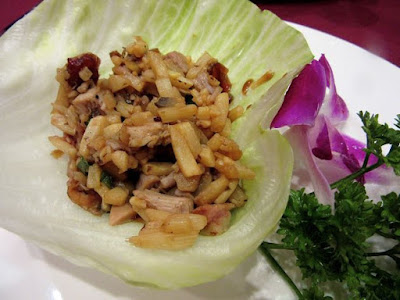 The duck meat was presented in lettuce cups. 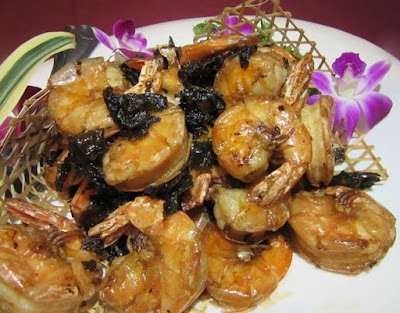 Sweet, tea-smoked tiger prawns was one of my favorite dishes of the evening. 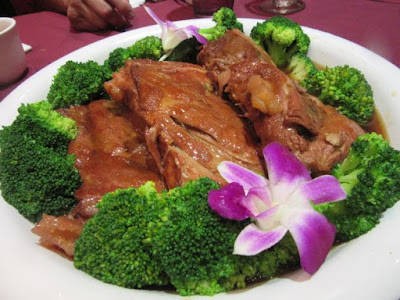 Braised pork ribs were presented for viewing before being taken back to the kitchen for shredding for individually portioned buns, below. 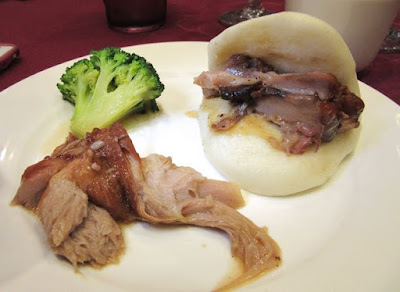 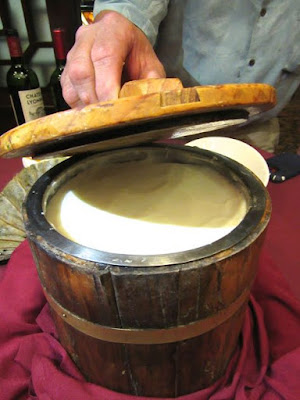 Housemade silken tofu was ladled into bowls with ginger nectar for dessert.

—————
Nadine Kam is Style Editor and staff restaurant critic at the Honolulu Star-Advertiser; her coverage is in print on Wednesdays and Thursdays. Contact her via email at nkam@staradvertiser.com and follow her on Twitter, Instagram and Rebel Mouse.
Posted by Nadine Kam at 7:37 PM