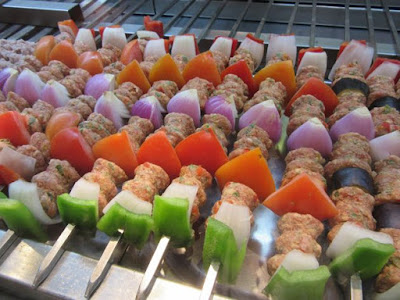 Nadine Kam photos
A colorful array of vegetable and meat kebabs on display at Wafi Gourmet in Dubai Mall, which specializes in Lebanese cuisine.

DUBAI, U.A.E. — While in Dubai, I thought we would certainly be eating at Saudi or Emirati restaurants, but somehow, we always ended up eating Lebanese or Indian cuisine, at malls and hotels, no less.

What gives? I put the question to one of the Dubai chefs and he said it's because the Saudis have no real cuisine, and it's only been in the last year that three Emirati restaurants have opened, in a city of 2.5 million people.

Well that was a shocking statement. In my food-centric world, every culture has a cuisine that speaks to its soul and is a point of pride to its people, such that you can't talk stink about anyone's food. 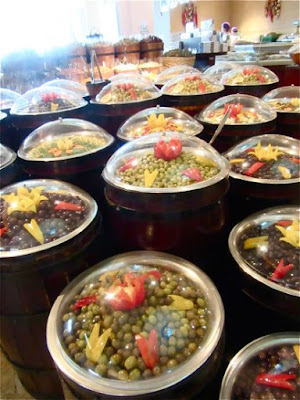 Before reaching the tables at Wafi Gourmet, we were tempted with all kinds of marketplace treats, such as a variety of olives, sweets, pastries, and below, pistachios, dried fruit and almonds. 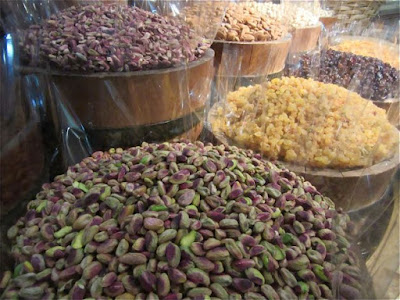 But, it made sense. People of Saudi Arabia were descended from nomadic sheep- and goat-herding tribes, who could only eat what they could carry, such as dates, nuts, figs, flat bread called fatir, and spices that flavored meat grilled in the desert.

Dubai, on the Persian Gulf and Arabian Sea, started as a fishing village, making grilled fish a simple, satisfying meal.

Also, the nation's Islamic laws include restrictions against eating pork and drinking alcohol, and it's only in places where visitors congregate—malls and hotels—that alcohol is allowed. 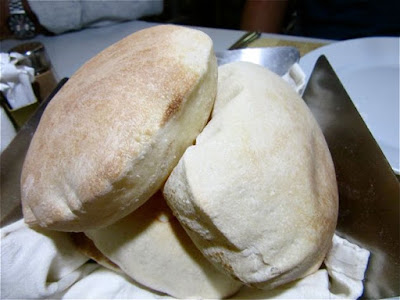 I've never come across fresh pita like this in Hawaii. Sadly, the ones we get are already stale. They're light and puffy when fresh, and deflate when left sitting.

I wasn't complaining. Though the names of dishes are different, food in the region is similar from country to country, and Middle Eastern cuisine has always been one of my favorites, though it's sad to say, coming from Hawaii, I never knew what it was like to enjoy a warm, pillowy fresh pita. More times than not, you have to go to straight to the source. 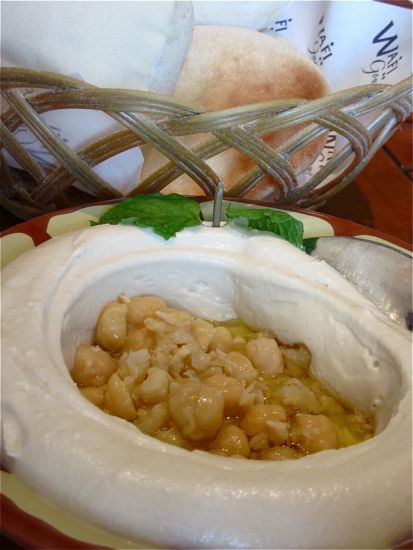 The hummus, or hommos in their spelling, at Wafi Gourmet had a whipped, light texture and tasted less like chickpeas than we have here. Instead the chickpeas sit inside the bowl of hummus. The cost was $33 dirhams, roughly $10 USD. 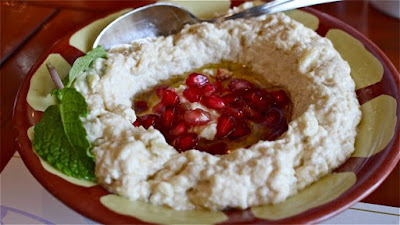 I usually love baba ghanouj, so loved the moutabal, essentially baba ghanouj with the addition of tahini. Inside the little well of eggplant were pomegranate seeds. And that's another thing, pomegranate juice in the West is sugar water. In small Dubai cafes, it's made fresh and has a float of fine grains from the seeds. I felt so spoiled because it would be such a luxury here, where there aren't many pomegranates to be found. The seeds are also much sweeter than those in Hawaii. 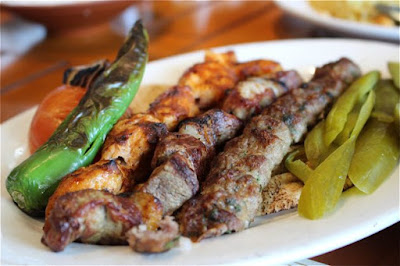 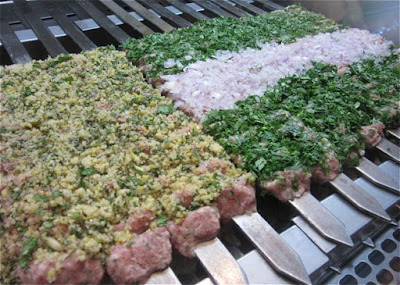 Kebabs coated with a layer of onions and pistachios, left, and onions and cilantro. Below, the kebab halabi (lamb and pistachios grilled and served, topped with aleppo pepper. Costs $72 dirhams, or about $20 USD. 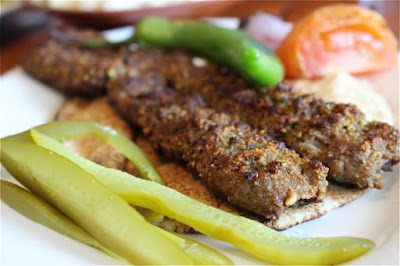 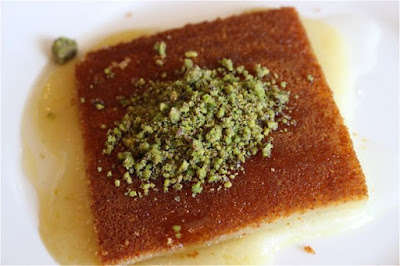 Dessert of knafa (also spelled kanafah, kunafeh, kanefeh, kunafah or kunafa, was interesting. Looking at it, we all expected the texture of cake soaked in syrup, but it's a Levantine, or European Middle Easterner, dessert of cheese pastry, and the texture and flavor was like butter mochi!

—————
Nadine Kam is Style Editor and staff restaurant critic at the Honolulu Star-Advertiser; her food coverage is in print in Wednesday's Crave section. Contact her via email at nkam@staradvertiser.com and follow her on Twitter, Instagram and Rebel Mouse.
Posted by Nadine Kam at 9:08 PM

Email ThisBlogThis!Share to TwitterShare to FacebookShare to Pinterest
Labels: on the road, travel eats