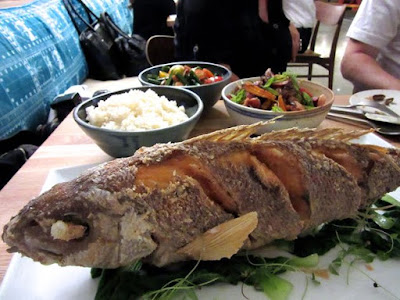 Nadine Kam photos
Deep-fried whole snapper, and salads of root vegetables and pohole ferns are part of the Family Feast at Mahina & Sun's.

Following a zombie apocalypse and cut off from the rest of the world, what would we eat?

If you envision such a future, sustainability makes perfect sense. I'm not saying Ed Kenney and Dave Caldiero are thinking in those bleak terms, but with their latest restaurant, Mahina & Sun's, I think they have the opposite in mind—a bright sunny future in which people awaken to caring for the planet and nurturing their bodies in a single move, by choosing foods both healthful and sustainable.

The two have been preaching this concept for about a decade, but takes it even further with Mahina & Sun's, making sustainable seem more palatable than ever. 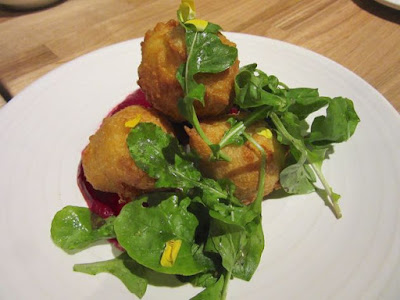 It all starts with teaching us to love such basics as 'ulu and ugly root vegetables, hairy roots, green tops and all. There was a time I would have lopped off these unsightly ends, but here, they're a joy to pop whole into the mouth, and I was surprised to see my meat-loving friends reaching continuously for the bowls of vegetables and 'ulu.

Kenney would be the first to tell you he could do more, noting that it is still difficult to go without imported oils, beans, grains, Japanese products, pastas and spices, as well as most bar content. 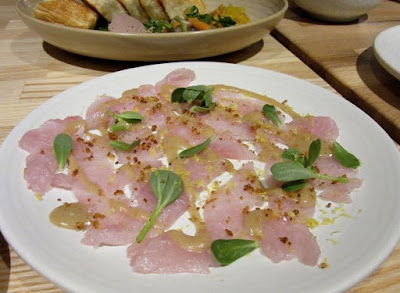 But moreso than most outlets, I see a commitment, not only to the locally grown, but foods basic to the earliest Hawaii settlers. Most chefs, and diners, would find that limiting, but Mahina & Sun's is doing its best to win over a 21st century audience accustomed to getting any foodstuff they want, sourced from all parts of the planet.

It won't be an easy feat bringing diners back to the homestead, but they're committed to trying. 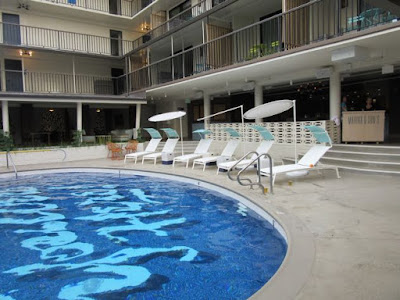 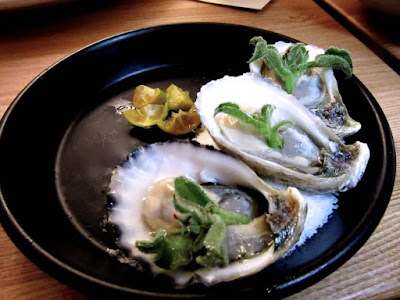 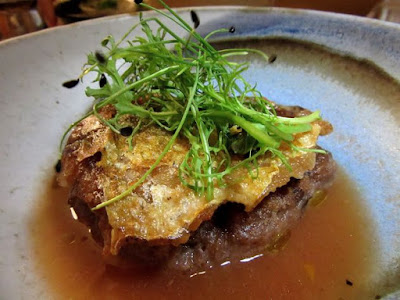 It doesn't get much more local than pa'i 'ai topped with akule. Not for those who don't like fishy fish. 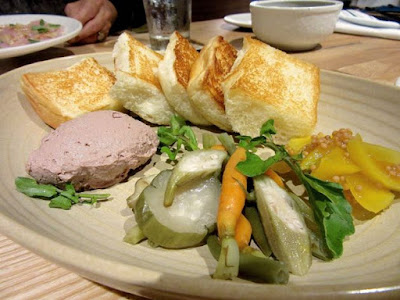 Usually, I would love the Shinsato pork paté, but having so many other good things to eat made it seem less interesting than the alternatives. 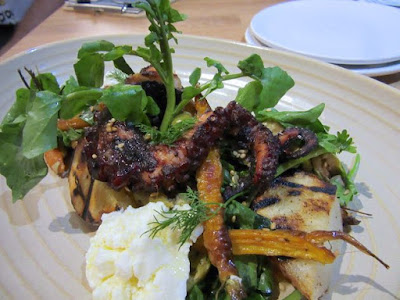 The grilled he'e is my favorite dish. 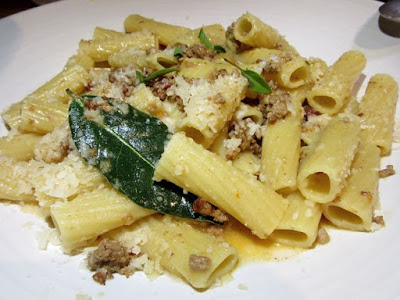 Rigatoni with local wild boar ragu. I don't know how they are able to secure a steady supply of local boar for making this dish. 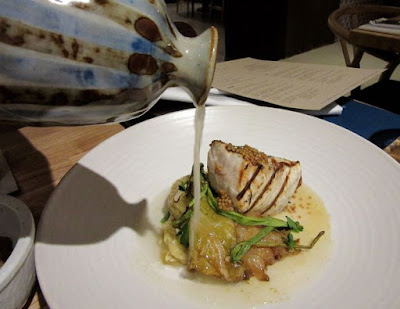 A pour of smoky bacon broth over swordfish and savoy cabbage. The restaurant is committed to using sustainable seafood based on the Monterey Bay Aquarium Seafood Watch program, but swordfish has a tendency to be dry and is still not one of my favorites. A dish of monchong, however, was perfection. 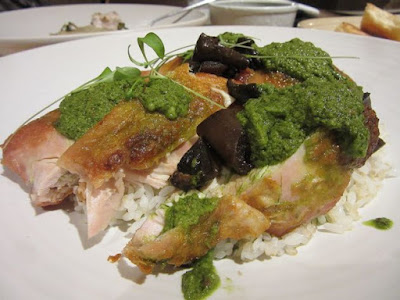 A pan-roasted half chicken is tasty, but has been inconsistent, moist one day, dry the next. But I love the coriander chutney on top.
—————
Nadine Kam is Style Editor and staff restaurant critic at the Honolulu Star-Advertiser; her coverage is in print on Wednesdays and Thursdays. Contact her via email at nkam@staradvertiser.com and follow her on Twitter, Instagram and Rebel Mouse.
Posted by Nadine Kam at 7:26 PM