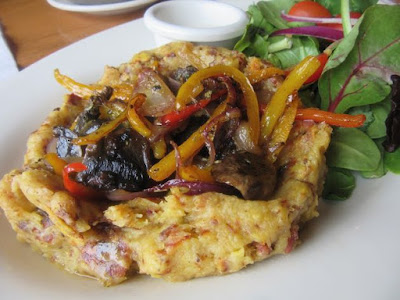 Nadine Kam photos
Mofongo is one of the specialties available at Coquito's Latin Cuisine in Waianae. This one is topped with a veggie sauté, but diners also have a choice of proteins.

It's not often that I visit Waianae because I have no reason to be there. One of the last times I was there was to drop off a ring-neck parakeet that flew into my life and needed a good home with a couple who love and care for hundreds of birds, from chickens to macaws.

Farrington Highway from Nanakuli to Waianae is an arid stretch and the sights include all the usual suspects popular in any local community—burger joints, poke and seafood stops, drive-ins and bake shops.

Honolulu is large enough to accommodate other outliers such as the occasion Jamaican jerk, Peruvian and Middle Eastern specialists, but in the relatively insular Waianae community, Coquito’s Latin Cuisine stands out as the one restaurant that doesn’t belong.

The setting was simply a matter of convenience for Stevina Kiyabu, who hails from Puerto Rico but married local. Trained as a pastry chef at the Culinary Institute of America in New York, cooking was in her blood, and in looking at the demographics of Waianae, she saw there is a sizable population of Puerto Ricans. So, she opened Coquito’s in 2012. Since then, it’s become a popular stop for a military personnel from her native country in search of a homey taste of the Mother Land, as well as locals from all parts of the island eager to try authentic Latin cuisine. Last year, she opened Valentina's Ristorante, serving up Italian fare about a block away from Coquito's. I'll be checking that out some other time. 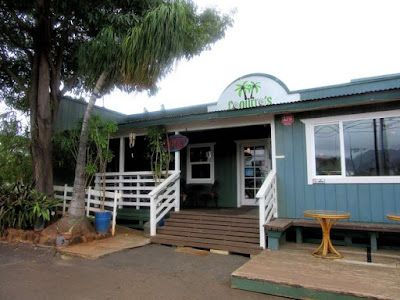 The restaurant is in a charming plantation-style house along Farrington Highway. If west-bound, look for it on the left side of the road.

The menu is manageable for a small kitchen, yet manages to pay homage to specialties of Cuba, the Caribbean and Argentina. Dishes tend to be heavy, so you would have to make several return trips to fully explore the menu.

The most novel of the dishes is mofongo, an African-influenced dish of mashed fried plantains studded with bits of bacon and garlic for extra flavor. (It's their equivalent to American mashed potatoes.) Atop this mini plantain “platter” sits your choice of entrée options such as sautéed shrimp ($16), grilled steak ($14), pernil (roasted pork shoulder, $14), or stir-fried vegetables ($12) that add juiciness to the dish. The mofongo dries out quickly and is best eaten when hot and the exterior is more crispy than spongy.

The gandule rice is one of the dishes that differentiates Kiyabu’s cooking with that of locals who grew up with black olives in their rice. 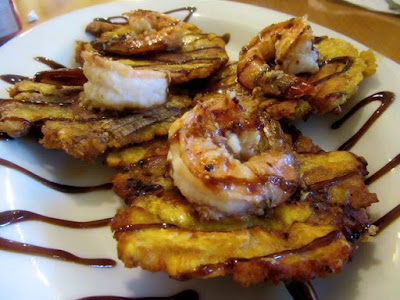 Camarones al Ajillo, shrimp sautéed with garlic and cilantro, is served over tostones, or double-fried plantains. The shrimp is yummy, but as an appetizer, it is so very very filling because of the deep-fry component. Recently, $14. 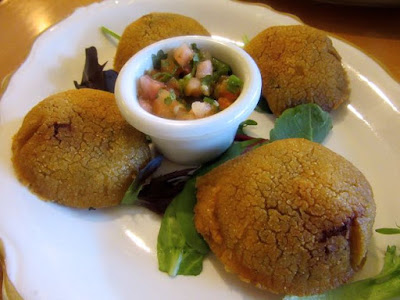 I'm not a big fan of carbs, so even though the beef-and-potato Colombian empanadas are also delicious, they leave me too full to enjoy the entrées. It's lightened with a side of tomato salsa. 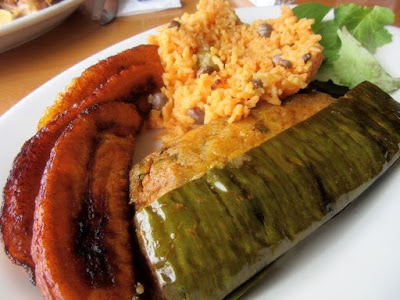 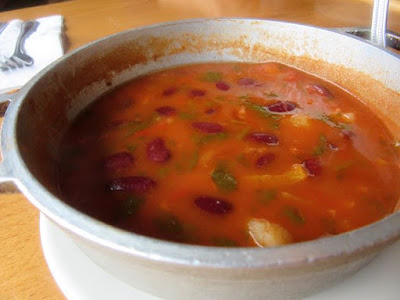 Habichuelas is another side offering. The stewed kidney beans might be compared to a mild, sausage-less version of Portuguese bean soup. 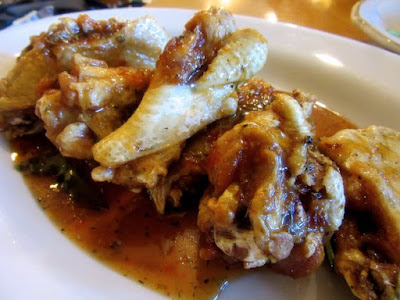 Caribbean jerk wings are slathered with a sweet-sour sauce. I'd rather taste more jerk. 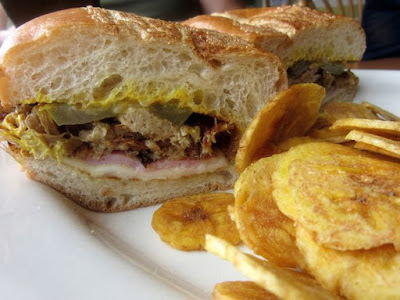 A Cuban on Italian bread with ham, roast pork, Swiss cheese, pickles and plenty of mustard. This plate features a side of yucca frita. 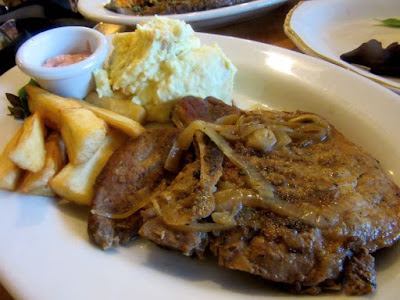 Chuleta de cerdo sounded delicious, but the onion-topped pork chop was rather staid. 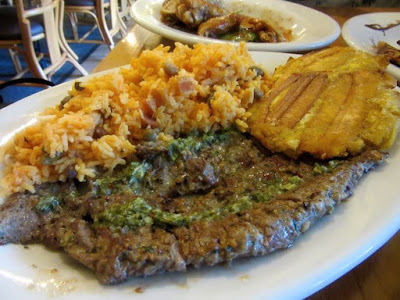 In contrast to the pork, the Argentinian flank steak served with garlicky, verdant chimichurri sauce is muy delisioso. Me gusto mucho!