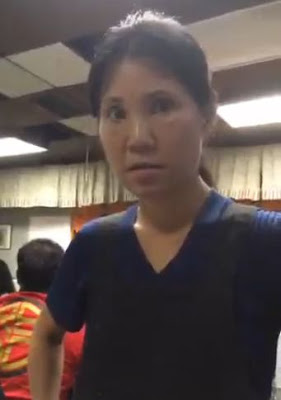 Nadine Kam photos
Angry Korean Lady Won Nam shoots me a dirty look because my phone is in her face.

Stopped by Feb. 26 for a last supper at Ah-Lang, a k a Angry Korean Lady, as the restaurant came to be known over the years due to the fiery nature of proprietor Won Nam. I'd heard she planned to close at the end of February, but fans are in luck, as she now puts the date somewhere between March 15 and 31.

Sorry. At the risk of a slap on the head, I wasn't about to pressure her into being more precise.

The restaurant opened in 2007, and Nam, though hot-tempered, wasn't particularly angry at the time. "Stupid" customers who didn't understand food and inundated her with hundreds of basic questions, brought out her explosive temper. 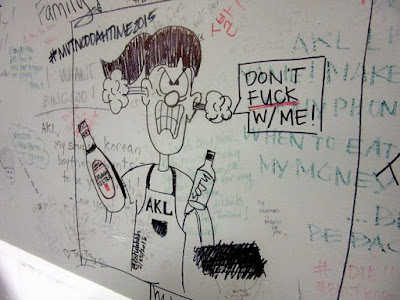 The graffiti artwork of one of Won Nam's many fans.

When I interviewed her in 2010, she said, "I love to cook and I want people to enjoy it. I don't want people who only want to fill up their stomach. It's not worth my time. I want to tell them, 'Get out!'"

And so she did, developing a brand identity before self-branding went mainstream. Instructions on her table read, "I'm already angry...don't make me more angry." And in my review of the restaurant at the time, I said, "Those who expect four-star service from restaurants would be best advised to take their prissy, soft hands and delicate hides elsewhere. At this small restaurant in the Imperial Plaza, there is no one to greet you, no one to take your order or bring you drinks."

In this one-woman shop, it was all about self-service and BYOB, and keeping those stupid questions to a minimum. This was before the age of restrictive diets, so you can imagine what would happen if, heaven forbid, someone walked in and requested food substitutions.

Beyond the cult of personality, Won is a terrific cook, so the restaurant was not merely about gimmick. Her kalbi, seafood pancake and chicken wings will be missed. The wings are saturated with flavor from having been marinated 48 hours, fried, then finished with a spicy garlic sauce.

She may be back after taking a break from customers who vex her so much. I'm hoping the hiatus will be brief, but the bruised may be thankful for the recovery period.

Even so, people seem to love punishment. I shot a couple of 'scopes during the evening, and the hearts only came toward the end of the videos, when people were getting roughed up!
Here's one: https://katch.me/nadinekam/v/3eb5dd85-8cd9-3625-9be4-497ab98d171f

We had no idea what to expect for the $50 per person meal, so didn't know how to pace ourselves, and no one was brave enough to ask what or how much food was coming. We were at Nam's mercy, and here's what she served: 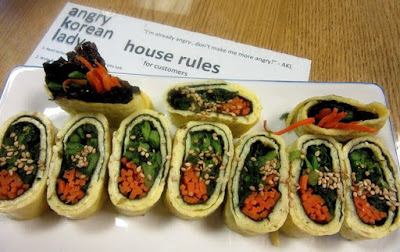 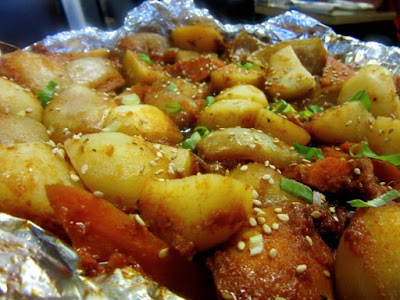 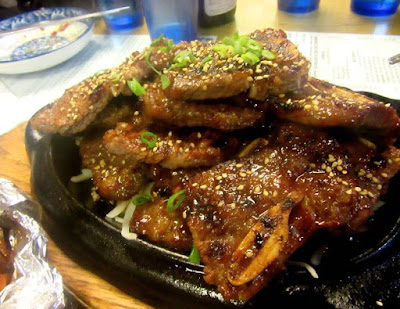 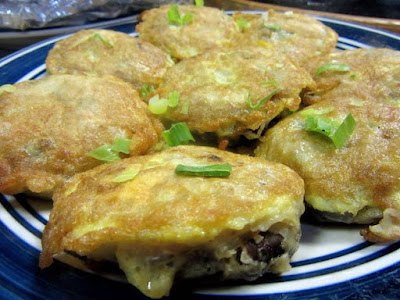 Stuffed mushrooms served with the chili sauce below. 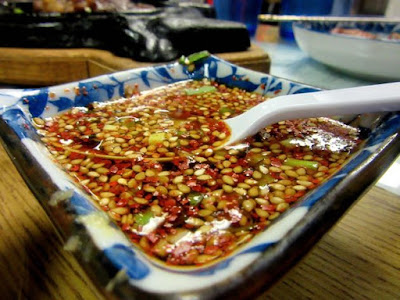 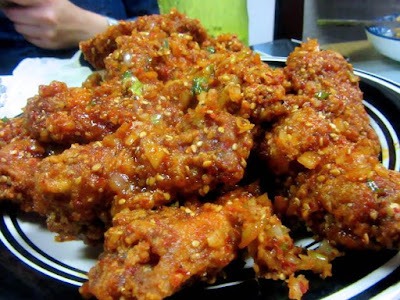 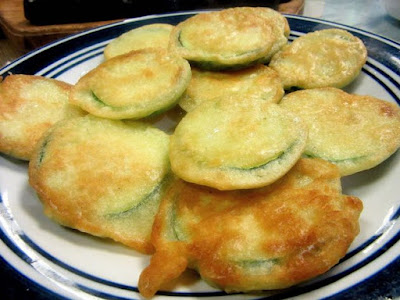 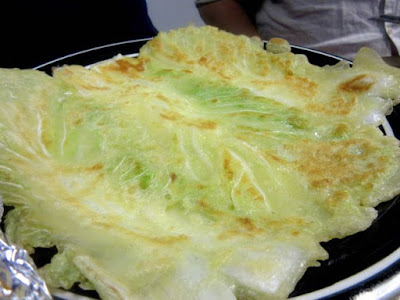 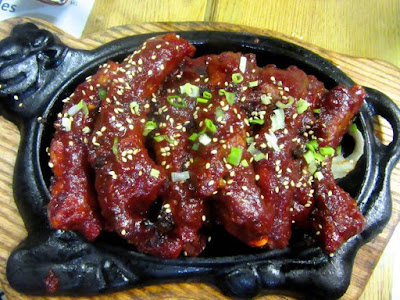