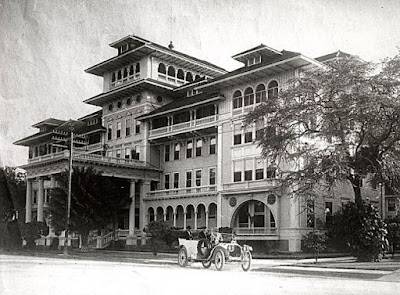 Historic photos courtesy Moana Surfrider, A Westin Resort & Spa
The Moana Hotel after its completion in 1901.

The Moana Surfrider, A Westin Resort & Spa, celebrated 115 years since its opening on March 11, 1901, with a March 11 concert by Makana on the Banyan Courtyard stage, where guests have been entertained for more than 100 years.

And, taking place on the Diamond Lawn that night, a peek at the hotel's future with an enhanced edition of "LOL: Love of Libations," with food and drink pairings by the Beach Bar at the Moana Surfrider, RumFire from the Sheraton Waikiki, Scratch Kitchen & Bake Shop, The Pig and the Lady, Koko Head Café, MW Restaurant, MAC 24-7 and Square Barrels. Part of the proceeds from the event will benefit the Life Foundation Hawaii Chapter. 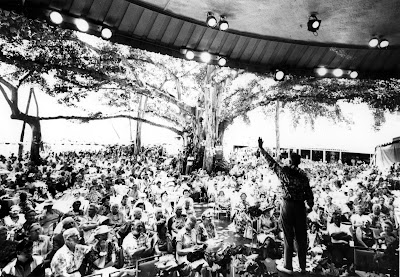 Gathering around the Moana's banyan tree in the early 20th century. 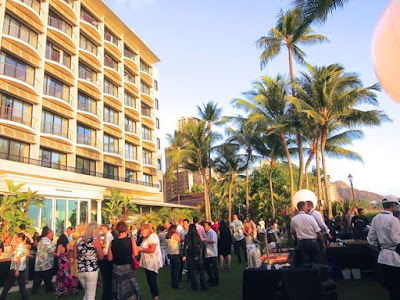 Nadine Kam photos
Partying 2016 style, during "Love of Libations" on the Diamond Lawn.

In a friendly competition among participants, with guests voting by dropping one coin each for their pick of best dish and best drink, Koko Head Cafe's lemongrass pork, by chef Lee Anne Wong was voted as best dish, and "Ode to 1989" from Jesse Suderman from Beach Bar at the Moana, won the best cocktail honor.

“Ode to 1989” toasts the year the Moana Surfrider reopened after a renovation project. The cocktail will continue to be offered for $12 at the Beach Bar, and is similar to Moana Sands, a signature cocktail that was served in 1989.

The Moana's Beachhouse restaurant will continue to offer, through the end of the month, a $115 Birthday Dinner Special for two that includes a baby romaine Caesar salad and a wagyu tomahawk steak with the choice of two side dishes. 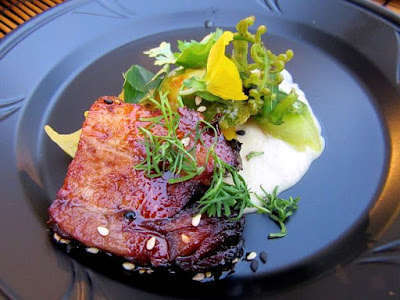 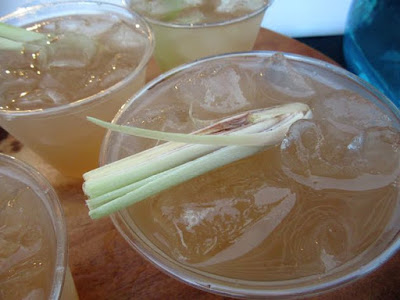 On the drink side, Koko Head Cafe served up a light and refreshing Moana 2.0 Ocean Vodka cocktail. 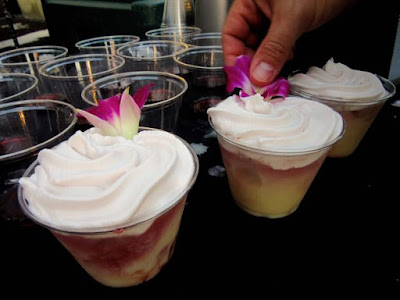 The Beach Bar's "Ode to 1989" cocktail earned best drink honors by popular vote. Based on the hotel's 1989 Moana Sands cocktail, it's made with Ocean Vodka and modeled after a piña colada. 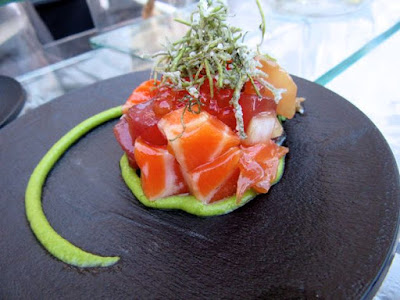 The Beach Bar's food offering was a crowd-pleasing poke of ahi, hamachi, salmon and ikura, with crispy ogo and spiced guacamole. 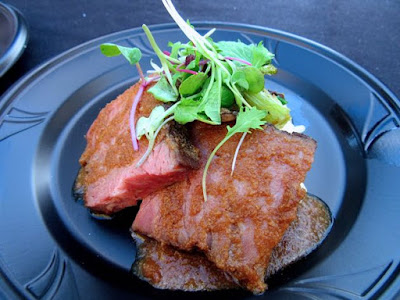 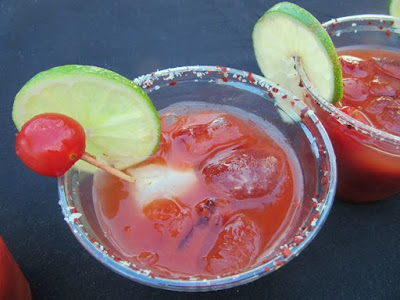 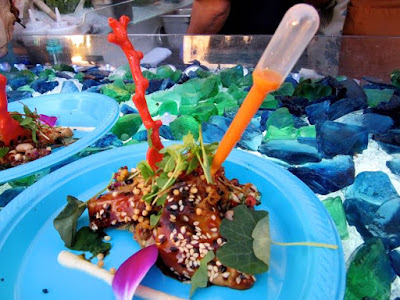 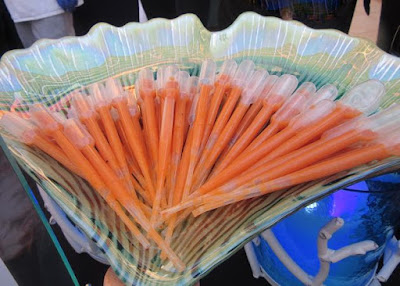 Vodka tom yum sauce in pipettes that accompanied MAC 24/7's dish, which I thought was the most inspired of the evening. 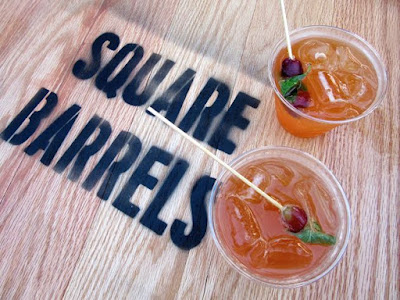 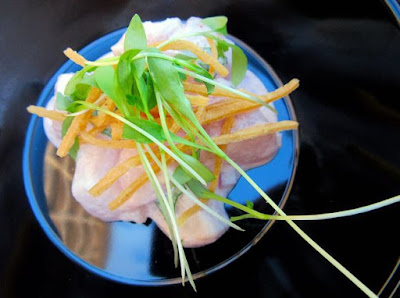 Also marking the anniversary, the Moana Lani Spa is offering a 45-minute $115 “Birthday Special” treatment that includes a macadamia nut scalp treatment with additional focus on the neck and shoulders, followed by a warm stone foot massage. The “First Lady of Waikiki” package includes a head-to-toe experience with an express hydra facial, pedicure, shampoo, style and champagne for $240. Reserve at (808) 237-2535.

Sometimes referred to as The First Lady of Waikiki, the hotel was built with an investment of $150,000 and well-heeled guests at the time paid $1.50 per night for a room.

To mark the anniversary, guests who stay at the Moana Surfrider at least four nights will get the last night at $115. Guests who book this package will also receive a $115 resort credit (applicable toward dining or spa services), as well as a welcome basket with a Moana Surfrider historical book and other gifts. The package is good through Dec. 25. To book, visit moana-surfrider.com and book rate plan 115AN. Or, call the hotel at (808) 922-3111.

—————
Nadine Kam is Style Editor and staff restaurant critic at the Honolulu Star-Advertiser; her coverage is in print on Wednesdays and Thursdays. Contact her via email at nkam@staradvertiser.com and follow her on Twitter, Instagram and Rebel Mouse.
Posted by Nadine Kam at 6:30 PM