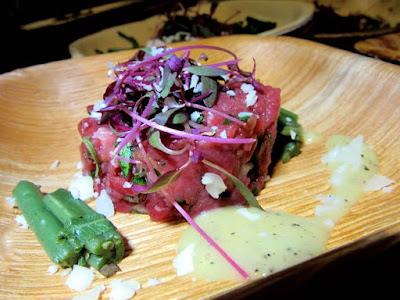 Hula Grill Waikiki paid tribute to Hawaii’s ranchers and paniolo during "Hula Grill Digs Farmers," a farm-to-table event that took place at the restaurant on March 23.

A portion of ticket sale proceeds will be donated to the Royal Order of Kamehameha, which supports the Paʻu Riders of the King Kamehameha Floral Parade. June 11, 2016, marks the 100th anniversary of the parade that will begin at Iolani Palace and continue down Kalakaua Avenue to concludes at the Waikiki Bandstand.

The event is part of Hula Grill’s charitable Legacy of Aloha program, supporting local non-profit organizations that foster sustainability in our communities and/or preserve the Hawaiian culture and the culinary arts. 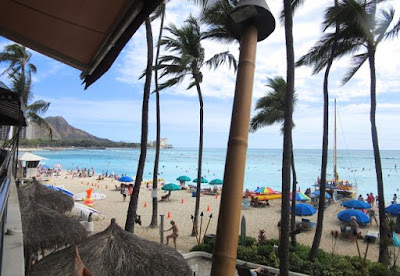 The view from Hula Grill. 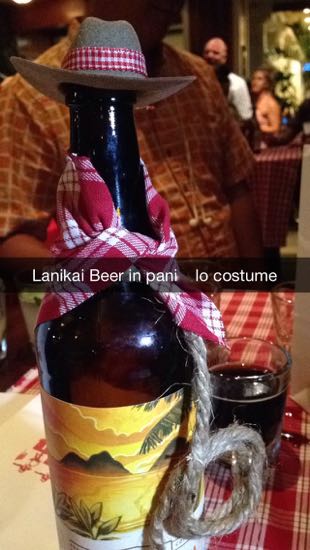 For this paniolo-themed event, even the Lanikai Brewing Co. bottles dressed for the occasion. Excuse the spelling of "paniolo" on the inset caption. I was playing with Snapchat and the booboos are impossible to fix! 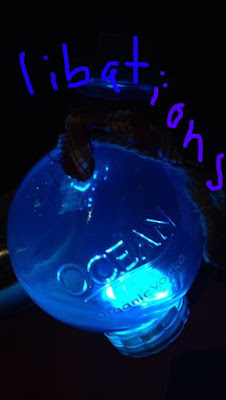 A snap of Ocean organic vodka. I promise to get a stylus so my handwriting is better! 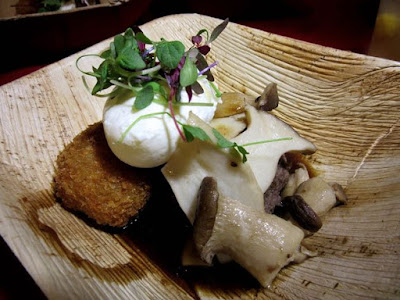 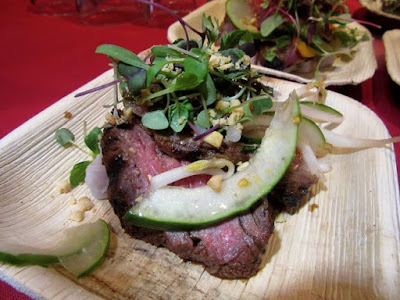 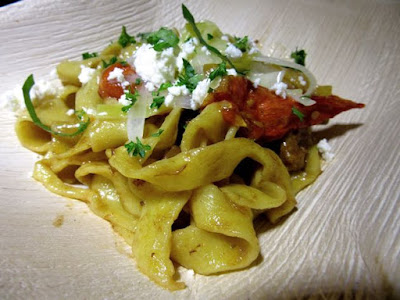 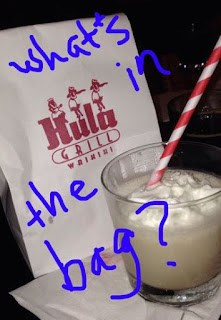 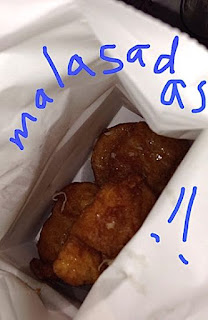 Dessert came in a paper bag, accompanied by a Lanikai Brewing Co. Haupia Imperial Stout and Okole Maluna chocolate gelato milkshake. I promise to get a stylus so my handwriting is better.
—————
Nadine Kam is Style Editor and staff restaurant critic at the Honolulu Star-Advertiser; her coverage is in print on Wednesdays and Thursdays. Contact her via email at nkam@staradvertiser.com and follow her on Twitter, Instagram and Rebel Mouse.