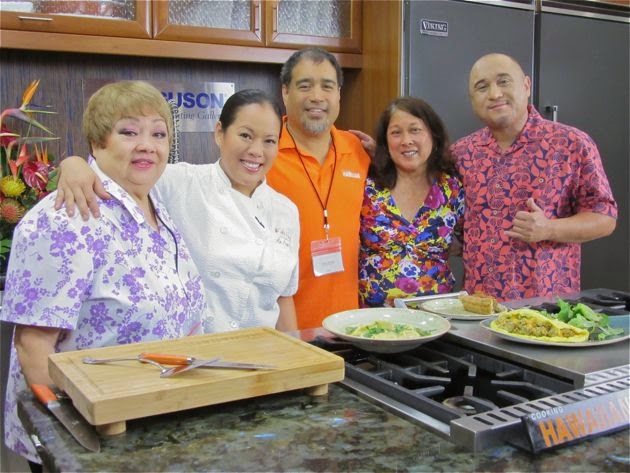 Who knew, when Lanai Tabura burst onto the standup comedy scene, that he would turn out to be such a foodie? From establishing Look Me in the Eye by Lanai wine company to winning The Food Network’s Great Truck Race with his Aloha Plate food truck, to hosting “Cooking Hawaiian Style,” he now brings a taste of Hawaiian cooking to viewers all over the world.

Talk about being a modern renaissance man.

I was invited, along with other social media guests, to sit in on a taping of the show during an episode featuring Koko Head Cafe’s Lee Anne Wong—no slouch in the media universe herself, having initially captured the public’s attention as a contestant on Bravo’s “Top Chef,” for which she went on to become a producer.

The event took place at the Ferguson Bath, Kitchen & Lighting Gallery in Kalihi, a nice promo for their kitchens.

It was an eye-opening experience because I didn’t know they had to be so precise in the taping. Because I do a lot of editing and chopping on my quickie, news-style, guerilla videos, I always believed these shows were put together with a lot of takes and editing, but no. Pros that Lanai and Lee Anne are, they’re just told they have 18 seconds for their intro. They overshoot the target by 8 seconds, so they do another take, and fall under. Third time’s the charm, and so on. 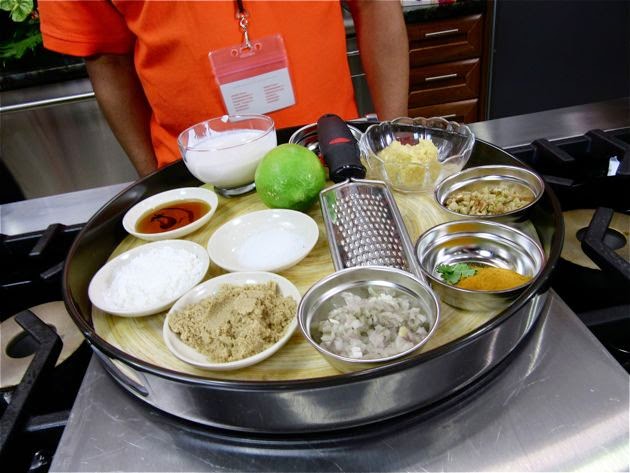 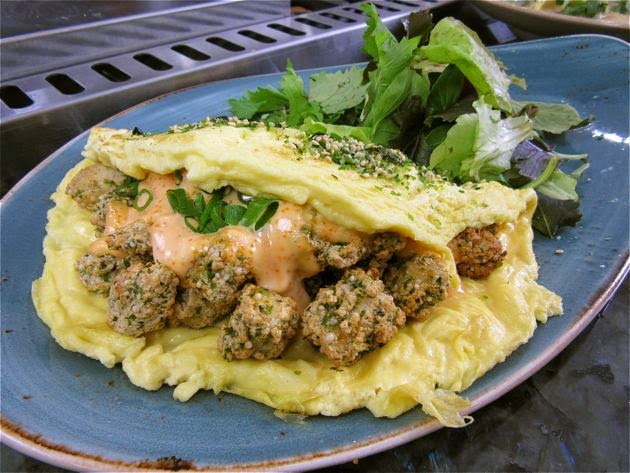 Mahi poke omelet with masago aioli. Nom nom. Could not get enough of the crunchy goodness, thanks to a coating that includes masago arare.


There’s also no redo for the mixing of ingredients. In showing how to create her chicken dumplings in lemongrass-chicken broth, excellent fried poke (recipe below) omelet and dessert of macadamia nut pie, each is demonstrated seamlessly in a matter of minutes. There is no second take because there is no second batch of ingredients to mix! They are crazy good at what they do. Crazy good is my new catchphrase BTW. Last year it was WAO!

Of course the best part came after the taping, sampling what Wong had made. She was a bit dismayed when she learned we had eaten the dumplings because, being on television, they weren’t cooked through for final cut. But after sitting in the lemongrass chicken broth, they were indeed cooked. And ono!

The episode will air sometime in April. You can keep up with the show and view past recipes here: http://cookinghawaiianstyle.com 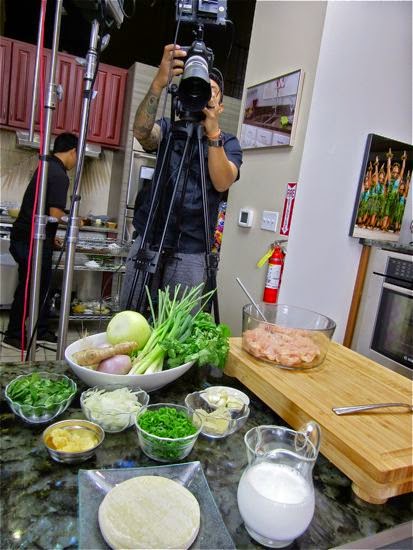 One of many cameras. 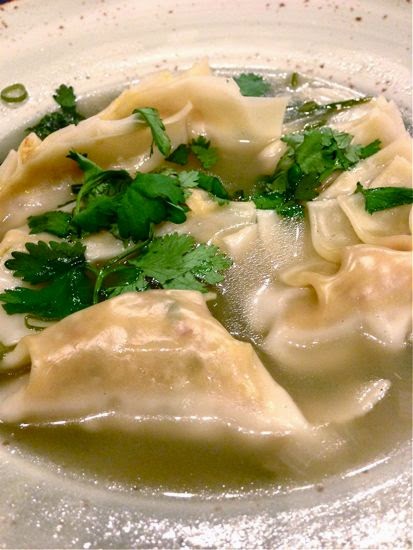 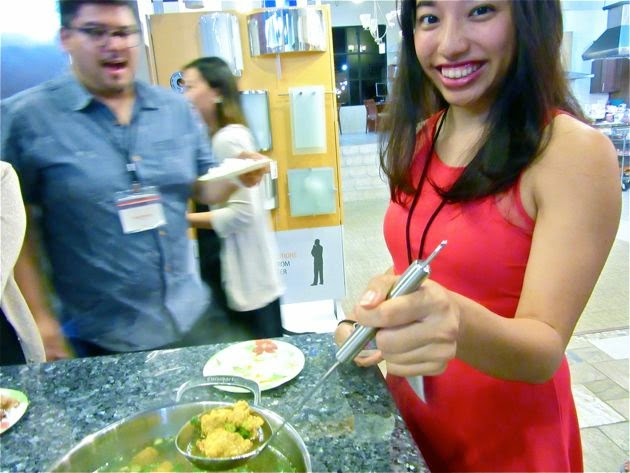 Makamae Kahawai scoops up chicken meatballs made from the leftover dumpling filling after the taping.

The were gracious enough to share the recipe for the mahi fried poke ahead of air date. Note that Wong cooks for the masses so the recipe calls for a lot of fish! Adjust to your needs.