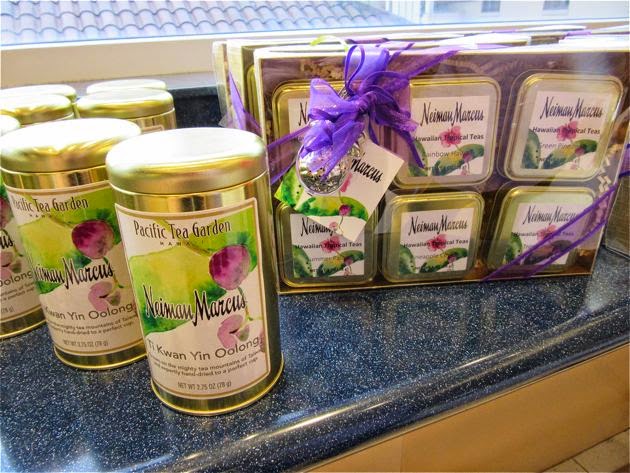 The Pacific Place Tea Garden on the fourth floor of Ala Moana Center was always a pleasant oasis for tea and sweets or sandwiches and other beverages and shave ice, before becoming a casualty of the center’s expansion plans.

But owner Lynette Jee, known around town as The Tea Lady, has been hard at work on other projects, including a new curated selection of artisan teas for former neighbor Neiman Marcus.

The Neiman Marcus Tea Collection by The Pacific Tea Garden made its debut during a Lunar New Year tea tasting that took place Feb. 20 in NM’s Mermaid Bar. Tins sell for $14 for Lychee Black Tea or Chai, to $24 for Superior Green Oolong. 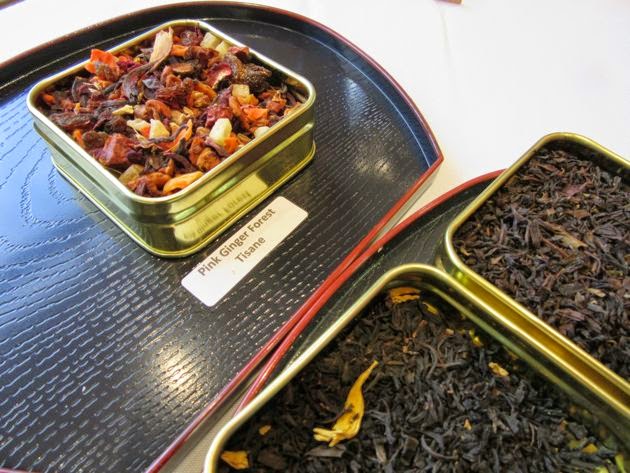 Samples of teas and fruit tisanes were passed around the room to allow us to breathe in their fragrance before steeping. 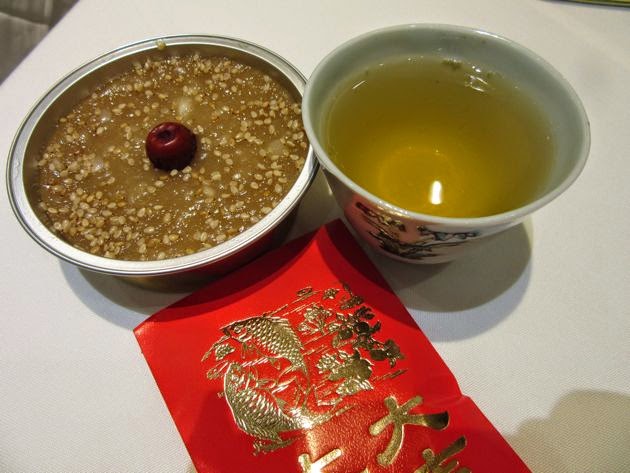 On the evening’s tasting menu were four of the teas, alongside New Year’s gau and other treats.

Jee demonstrated the gong fu ritual of using a gaiwan, or lidded tea cup, for making tea, and passed around samples that allowed comparison between the aromas of the dry teas and the scent of the steeped tea inside the emptied gaiwan.

She also passed around a brick of Yunnan Pu-erh, an earthy, incense-like three-year-aged reddish-brown tea associated with good health because of its antioxidant content. It takes work prying the leaves from the brick, so we sampled the loose-leaf version.

The third tea was the popular Dragon Phoenix Jasmine Pearls from Fujian. Each leaf is rolled into an orb the size of pearls, resulting in intense fragrance released with the pearl’s blossoming in hot water. There were many requests for seconds.

There is also a teabag selection that includes flavors of Mango Hawaii, Pineapple Plantation, Rainbow Hawaii and PassionBerry Iced Tea.

For more about the traditional Chinese tea ritual, here’s a link to one of my earlier posts from a trip to Shanghai: http://takeabite.staradvertiserblogs.com/2012/05/01/opening-the-senses-to-jin-xuans-tea-experience 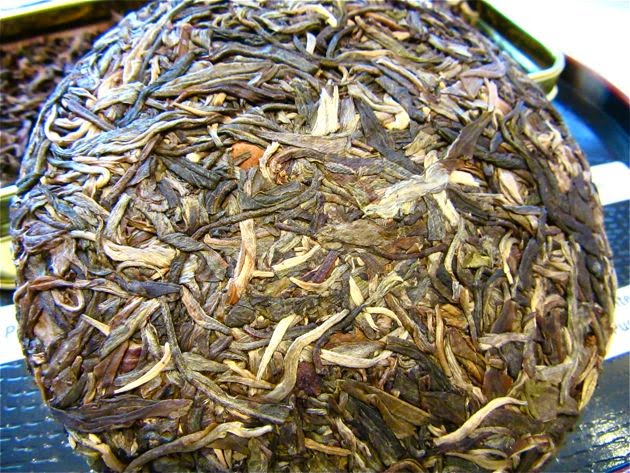 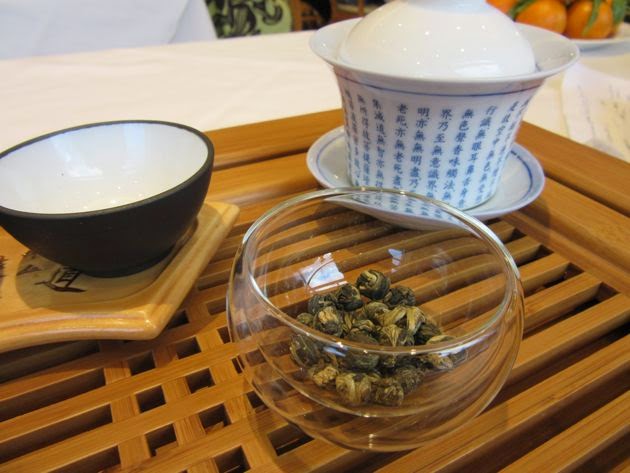 Jasmine pearls open and release their perfume while steeping. 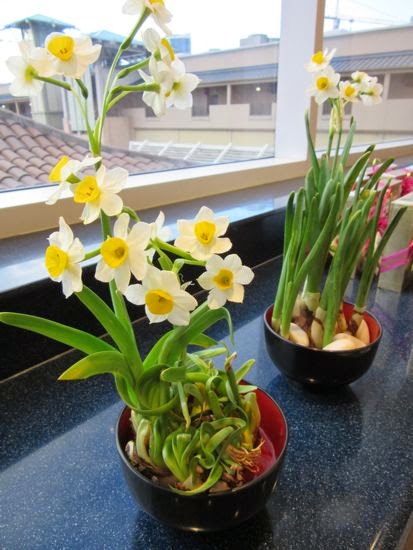 Timed for the Chinese, or Lunar New Year, symbols of long life, luck and wealth filled The Mermaid Bar, including narcissus plants, and below, oranges. 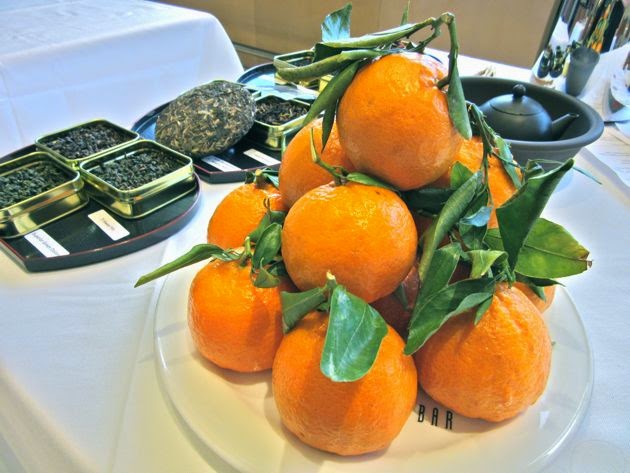 ———
Nadine Kam is Style Editor and staff restaurant critic at the Honolulu Star-Advertiser; her coverage is in print on Wednesdays and Thursdays. Contact her via email at nkam@staradvertiser.com and follow her on Twitter, Instagram and Rebel Mouse.
Posted by Nadine Kam at 6:20 PM