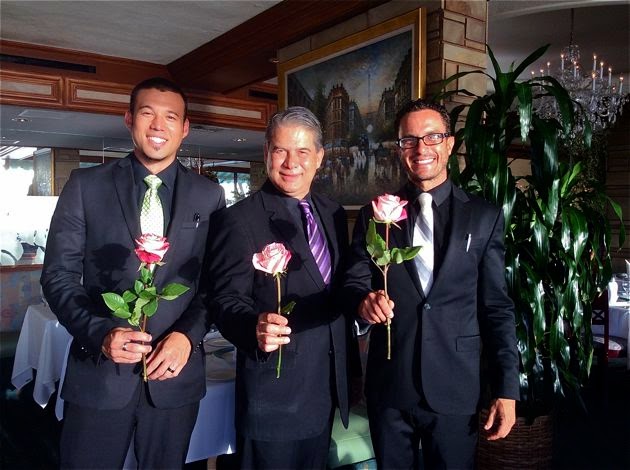 Leni Knight photo
From left, Shige Purdy, Todd Capela and Julio Caetano welcome lovers to Michel’s at the Colony Surf on Valentine’s Day. The restaurant is one of four that made OpenTable.com’s list of 2015 Most Romantic Restaurants in the United States.

In time for your Valentine’s Day planning, Open Table has released its 2015 Diners’ Choice Award winners for the Top 100 Most Romantic Restaurants in America, including four in Hawaii.

The list reflects opinions gleaned from more than 5 million restaurant reviews collected from verified OpenTable diners between Jan. 1 and Dec. 31, 2014, for more than 20,000 restaurants in all 50 states and the District of Columbia.

Hawaii’s most romantic, according to Open Table users are:

>> Michel’s at the Colony Surf, Waikiki 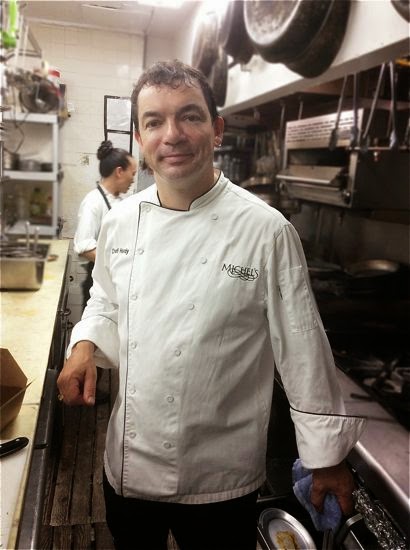 The list comprises restaurants in 31 states and Washington, D.C. California has the greatest number of winners with 15, followed by New York, Texas and Virginia with eight each, and Arizona, Florida and North Carolina with seven apiece, and Nevada with five.

Colorado, Hawaii and Illinois each have four. The complete list is at: www.opentable.com/most-romantic-restaurants-in-america/

I happened to dine at Michel’s Feb. 4, and even though I was with girlfriends, I can vouch for the still-romantic-after-all-these-years vibe of the restaurant, from executive chef Eberhard “Hardy” Kintscher’s classic French menu to the mood-setting expanse of beach and sunset, to the hospitality and indulgent service. 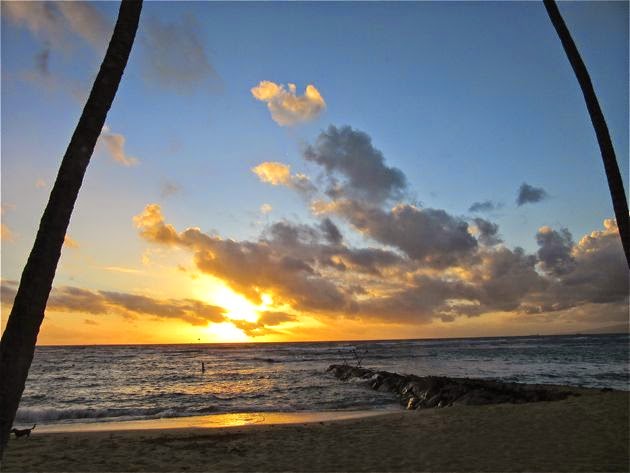 Nadine Kam photos
Part of Michel’s charm and romance is its beach setting with beautiful sunsets just outside its windows that are open save for blustery days.

Few restaurants offer showmanship on the dining room floor these days, but here, the wait staff are called on to risk singed hair for flambé dishes, and to plate and create a sauce as well as any professional chef. 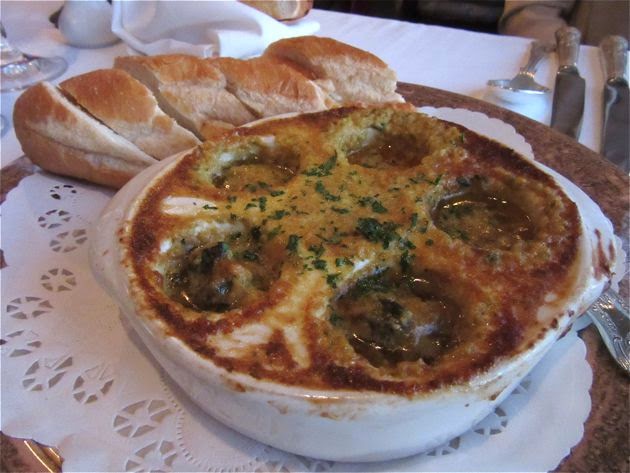 The danger of escargot is filling up on bread to get every last drop of garlic herbed butter before the meal even begins. 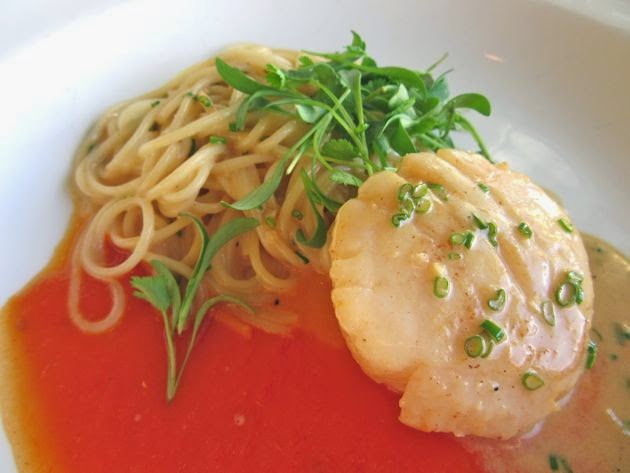 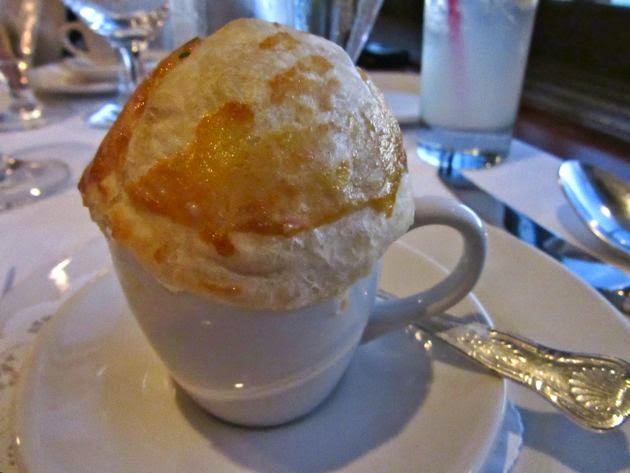 Beneath this puff pastry dome is a lovely tomato bisque topped with pesto cream. 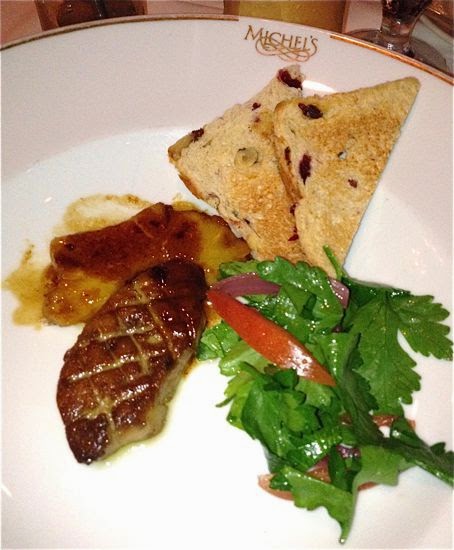 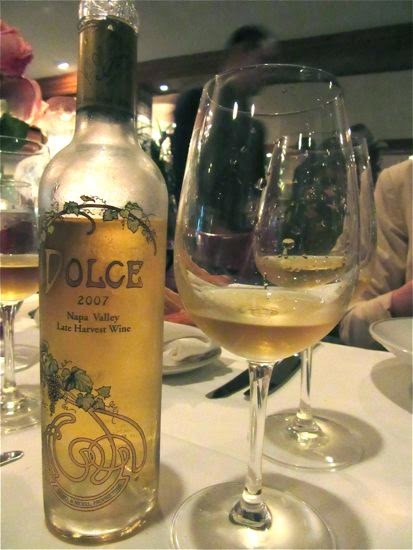 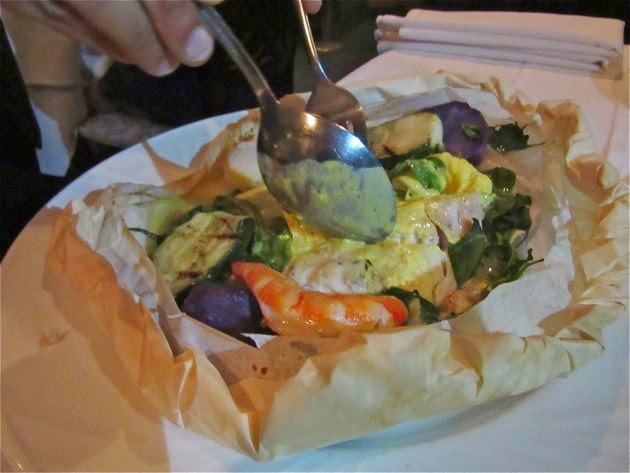 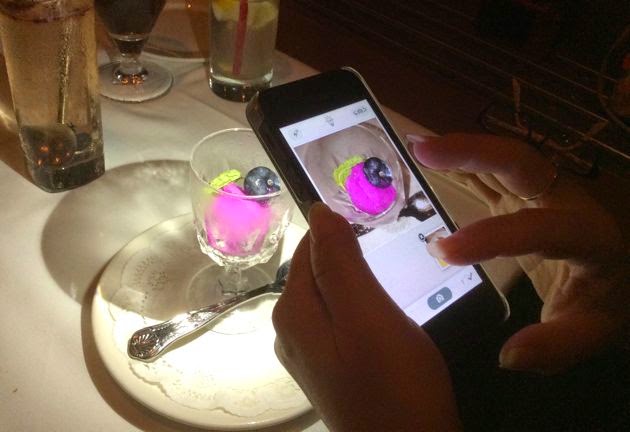 Leni Knight’s picture of me saving the intermezzo of dragonfruit sorbet to my Evernote Food dairy. 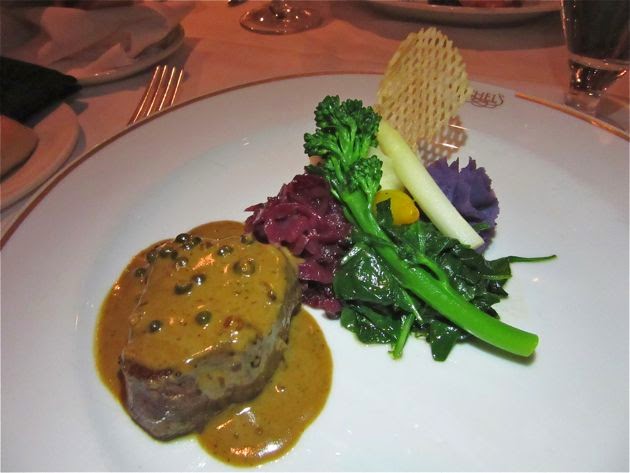 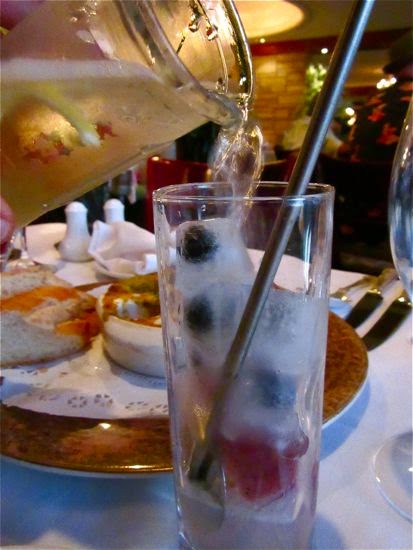 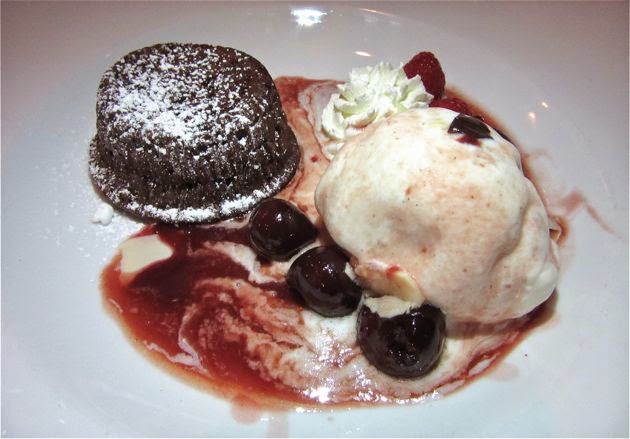