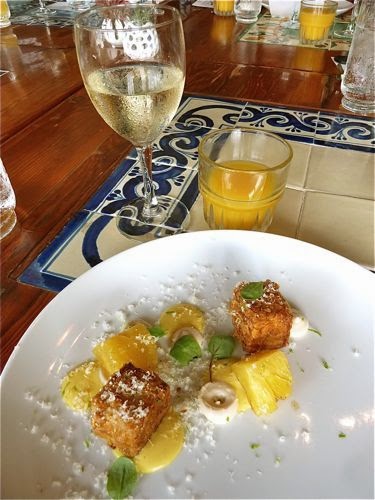 It was a great use of the vacant space at East Manoa Road and Lowrey that was home to Beau Soleil once upon a time. I actually wanted to buy that space about a decade ago, when it was selling for around $1 million. The restaurant, or commercial space, is part of a complex that includes the four-bedroom house in the back. My problem with it was the lack of parking and potential liability of having a restaurant on property, but parking seemed to be no problem Saturday morning, when everyone who attended simply lined Lowrey.

Yang said he began talking about coming to Hawaii with Pili Group’s Mark Noguchi the last time Gooch was in San Francisco. “We talked about it for three months and planned it in two weeks,” Yang said.

The two have been friends since they were students at the Culinary Institute of America (CIA). Fellow alum Chris Kajioka was also at the event, helping out in the kitchen, which Yang said is a luxury.

“In San Francisco, I’m a one-man show,” said Yang, a veteran of New York’s Per Se, who began hosting pop-up brunch events for his co-workers and friends a year ago, while working at Michael Mina restaurant in San Francisco. 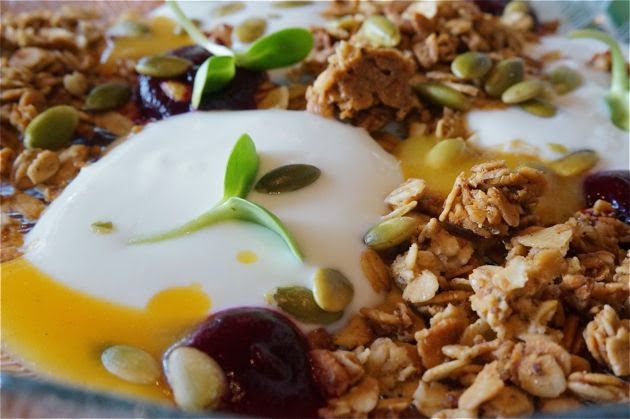 “Ante Meridian (am),” is the Latin reference to things “relating to, or taking place in the morning.” The popularity of the events led him to expand his concept to offering a
four-course menu in a Victorian house in the Mission District known as The Naked Kitchen. His event now takes place twice a month and sells out within hours of releasing the menu. Yang most recently launched an evening event called Post Meridian.

“I don’t think people with my training want to do breakfast,” he said, but opted to do so for personal reasons.

“I proposed to girlfriend here (in Honolulu) a year ago, and, thinking of starting family, I knew I wanted to be home in the evening.

“I don’t want to do the kind of breakfast place where everyone has pancakes and waffles, but I don’t want to be too refined either. I want to keep it accessible.”

His breakfast is part of a healthy trend of incorporating ingredients we don’t typically see in the morning, such as corn, beets and savory truffles.

And, with the Pili Group to assist, Yang said all he had to do was pack his waffle makers.

In helping to bring Yang here, Noguchi said the Pili Group is about “keeping everyone connected, to have a network of people, have resources and location” in staging such events.

“Coz as Hawaii cooks we don’t get to go out much, so to bring talent here, when these things happen, it allows cooks, especially younger cooks, to be inspired.” 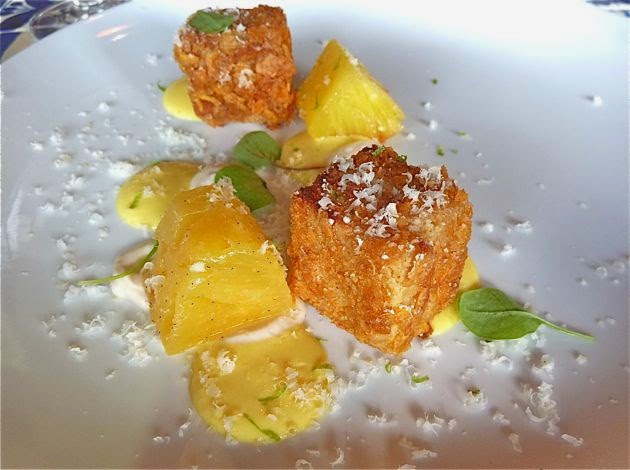 A closer look at the pineapple brioche dish. 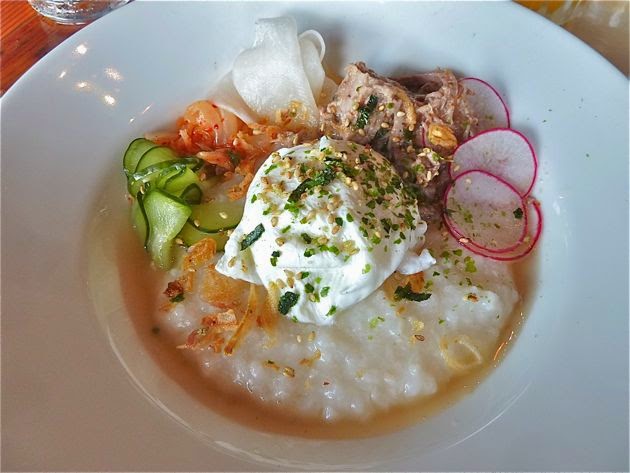 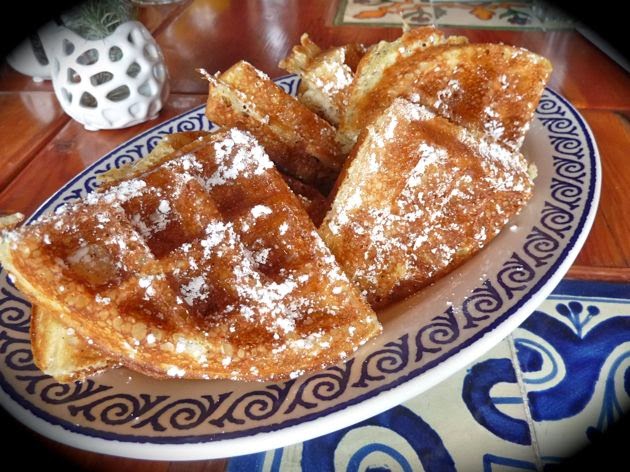 Yang’s signature black truffle waffles were the highlight of the event, so light, airy and crisp and studded with bits of the truffle. 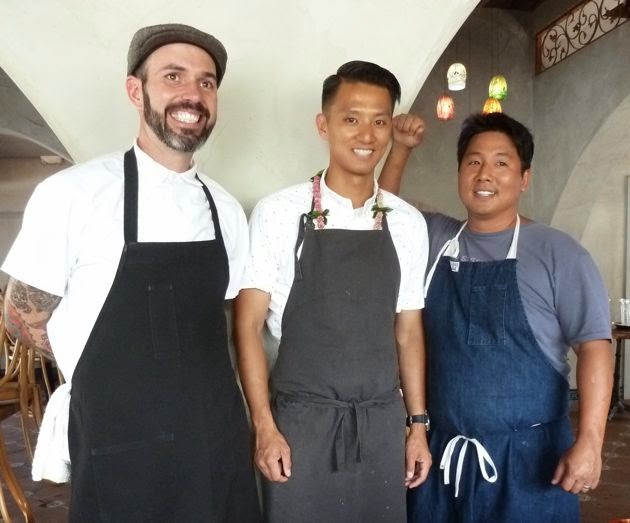 In the kitchen, from left, Nick Erker, Anthony Yang and Mark Noguchi.

———
Nadine Kam is Style Editor and staff restaurant critic at the Honolulu Star-Advertiser; her coverage in print on Wednesdays and Thursdays. Contact her via email at nkam@staradvertiser.com and follow her on Twitter, Instagram and Rebel Mouse.
Posted by Nadine Kam at 6:39 PM