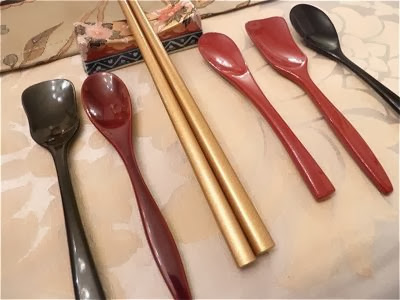 New Year's Day marked Day 2 of my return from Blue Tree Cafe's five-day "Renew" juice cleanse. I'd been slowly introducing solid foods back to my diet, and after starting the morning with a banana, another handful of raw, unsalted almonds, and lunch of more of my homemade chicken soup, dinner would mark my return to normalcy.

I had been invited to a friend's home for what was described as "a little traditional Japanese New Year's food." Knowing Kensei, it probably would not be a little, but it would be healthful, and delicious. It sounded ideal for my return to social dining. 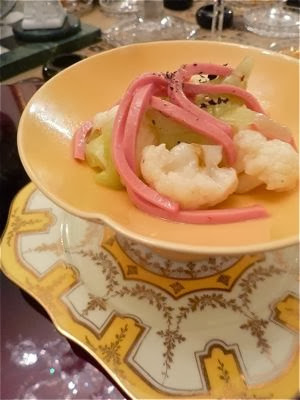 Of course his idea of "traditional" involves what he calls "Creation," a bit of fusion and contemporary interpretation. Traditional foods and ingredients such as ozoni, mizuna and mochi, were not to be found, for instance. He explained that every year in Japan, people die after choking on mizuna and mochi so he wanted to offer alternatives.

It was a lot of food, though the meal comprised mostly vegetables, and I rationalized that most of it would have filled only two of the 16-ounce juice jars I was ingesting over a two-hour period the past few days. With dinner spread over three-and-a-half hours, it worked out fine.

Did I overeat? I would say yes, by five dishes, but it was worth every bite on this special occasion. 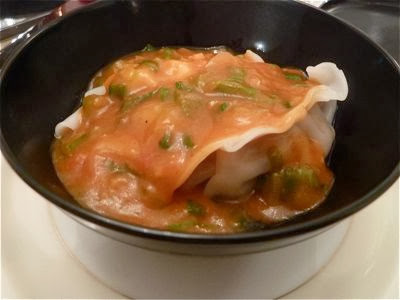 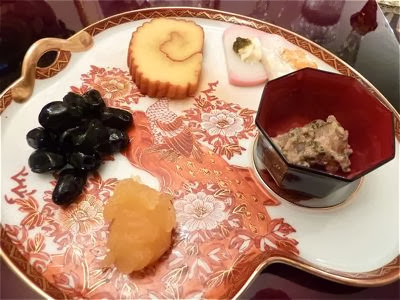 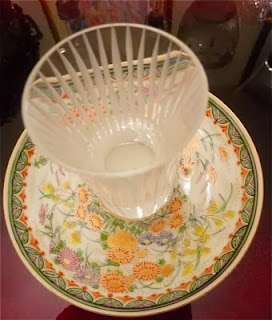 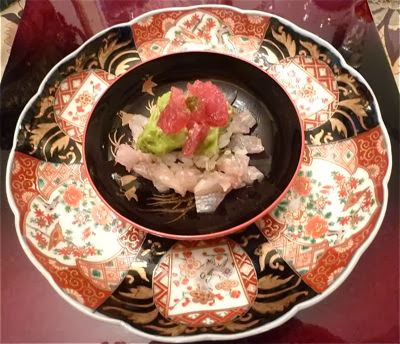 Chirashi sushi with kampachi, ahi, avocado and vegetables served in a bowl of Imperial household lacquerware with 27 layers of lacquer. 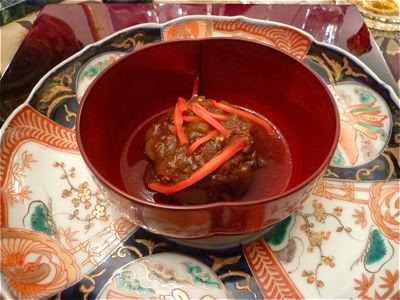 Mirin-marinated boiled turnip with a sauce of red miso, onions, okra, ground beef and a touch of curry, also served in lacquerware of the same type used by the Japanese royal family. This bowl has the shape of a squash. 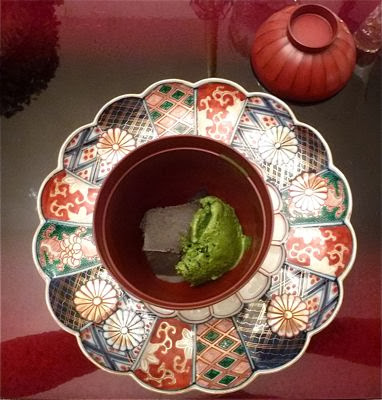 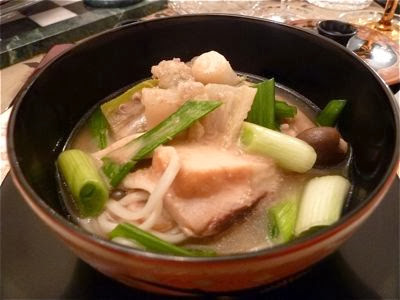 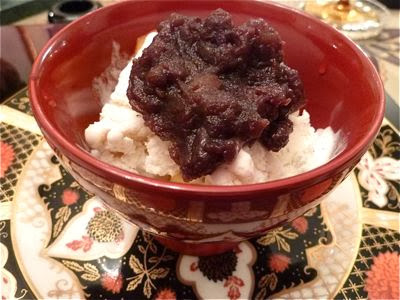 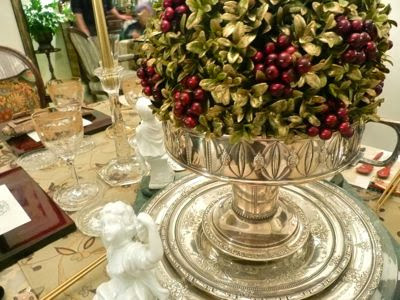 The table setting.
Posted by Nadine Kam at 5:47 PM