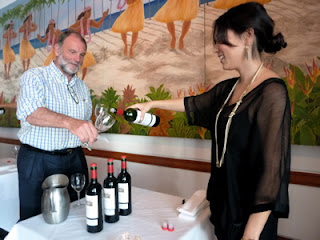 Nadine Kam photos
Rani Shigemitsu welcomes John Kolasa with a pour of his Château Canon Clos Canon 2007. One glass was mine.

About 150 oenophiles were treated to a very special event hosted at Mariposa May 24. William Gladstone Imports and R. Field Wine Co., were co-presenters in a wine tasting featuring special guest John Kolasa, former managing director of Château Latour, and now gérant of the House of Chanel-owned Château Canon and president directeur general of Château Rauzan-Ségla.

The tasting was informal, with a buffet meal set up by chef Marc Anthony Freiburg and his staff in keeping with Kolasa's mission of sharing the wine experience in a friendly, non-snobby way. While the community of wine lovers can appear to revel in exclusivity, Kolasa said, "People think the chateau and vineyards are a snobby, closed place, but anyone can come up with a rucksack on their back. If you knock on the door, we will share our wine with you."

Throughout the evening, Kolasa was available to chat with guests and answer any questions about the vineyards and the wine, "a living product that has to be shared with people," he said.

Kolasa is a wonderful, gracious individual and I was fortunate to be able to sit down for an interview with him prior to the event, during which he shared his humble wine roots.

Kolasa, who was born in Scotland, said he didn't grow up with the wine experience and remembers getting his first taste at about 23 or 24. "I knew a little about the work it took to produce a bottle of wine, but I didn't understand the great differences from one chateau to another. It created the intrigue to find out the why, how, etc.

"Wine is a passion, it's like a bug that gets into you," he said. 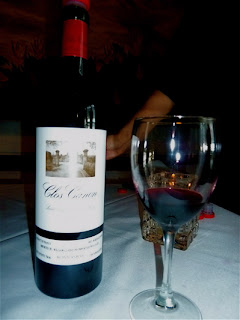 He had a job that involved shuttling tourists from one chateau to another, which fueled his enthusiasm, and eventually started working in cellars, learning more by participating in wine tastings and in the fields, where he said it was important to observe nature, and where tasting began.

"I had to get my hands into it, to do grape picking. We eat grapes, peeling off the skin, observing the color, looking at the pulp, even tasting the pips (seeds)," he said, lest the latter add bitterness to the wine.

As for what drives him today, he said that as a person with a key to the cellar, he has access to bottles decades old, so he is always in awe of the work of those who preceded him. He said the oldest wine he drank dated to 1870, so when making wine, he's always thinking about the person who might drink it 30 to 100 years from now.

"After 10 years, a wine sheds all the wine-making. Then you're getting something from its origins, it's true character," he said. "Ultimately, it's not about stars (ratings) or points but about how much pleasure it gives people."

Buoyed the amount of enthusiasm he's seen in other Hawaii appearances as well, Kolasa is making plans to return next January for more events. In the meantime, he says anyone is welcome to visit him in France. 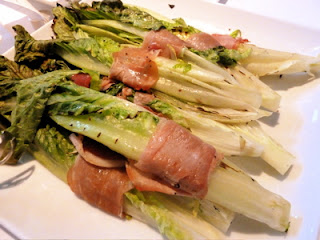 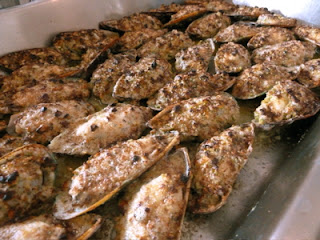 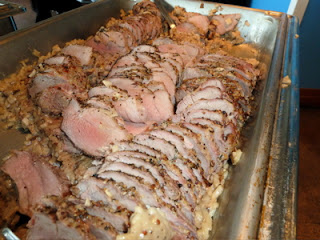 Herb-roasted pork tenderloin with Hamakua mushroom and truffle risotto. There was a second pork dish of red wine-braised cheeks and citrus gremolata. 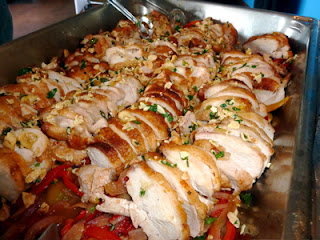