Lokomaika'i for Japan a Princely affair 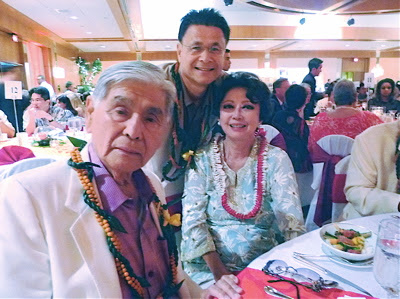 Event dining is something of a sport to me because it's work, and to sample as much as possible, I have to have a strategy. When 30 chefs are involved in an event, forget it. There's no way I could sample 30 different masterpieces, no matter how small the portions.

Each showcased multiple signature dishes that really added up to the point where once again, I wasn't able to try everything.

The chefs were joined by special guest chef, company president Donn Takahashi. He wasn't just a token cook serving up dishes with loads of staff help. While guests were enjoying the party, he was hard at work, sautéing the shrimp that went into his dish of garlic sake shrimp served over bow tie pasta. 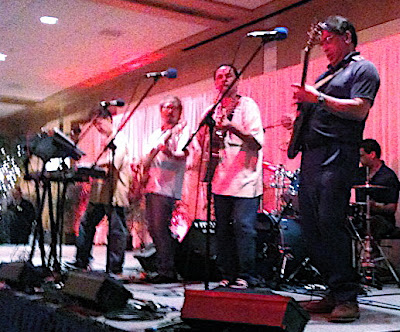 Guests were also treated to the music of Willie K, Palolo and Kalapana, sounding as good as ever. Just one night later, Kalapana picked up a Lifetime Achievement Award at the Na Hoku Hanohano Awards ceremony at Hawai'i Convention Center. Other recipients of the 2011 award were Jacqueline “Skylark” Rossetti, Napua Stevens-Poire, Bill and Ernie Tavares, and Bill Tapia.

I'd left my video camera in the car, so recorded two of Kalapana's performances on my iPhone. If I can figure out how to get it out, I may post it at a later.

I was seated next to Japan-American Society of Hawaii (JASH) president Edwin Hawkins who said that Hawaii has raised about $6 million for Japan relief, with $3 million going through his organization for donation to the Japanese Red Cross Society. In addition to funds coming in from big companies like Hawaiian Electric, Marukai and 7-Eleven, he says people often show up at his office with funds in hand, including school children offering up their change.

With a population of about 1.3 million, that amounts to a little more than $4.50 for every person in the state, and the Prince's event will add even more to the coffers. 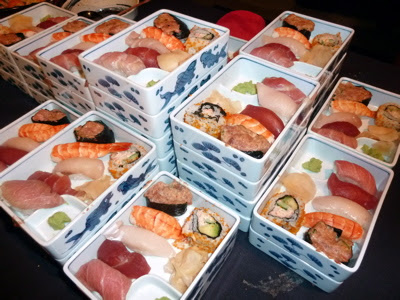 From Hakone, each guest was welcome to one or more helpings of a nigiri assortment featuring two kinds of ahi, hamachi, ebi, spicy tuna and California roll. 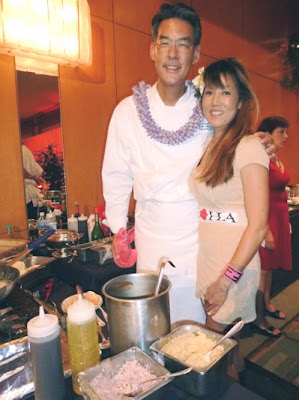 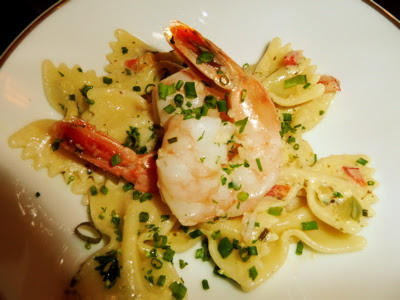 Donn was cooking up selections of Steak Diane with shiitake and rice pilaf, and garlic sake shrimp with herbs on bow tie pasta. 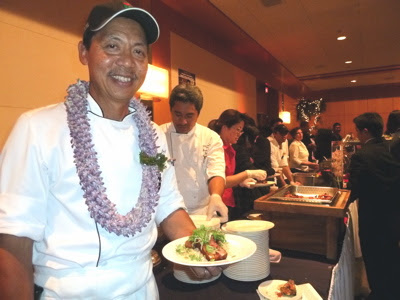 Sous chef Kirby Wong filled in for Hawaii Prince Hotel Waikiki executive chef Khamtan Tanhchaleun, whose offering was Chinese-style braised, smoked pork belly, one of my two favorite dishes of the evening. Maybe it was my favorite because I went back for seconds! The pork, also shown below, was like melt-on-your-tongue candy. 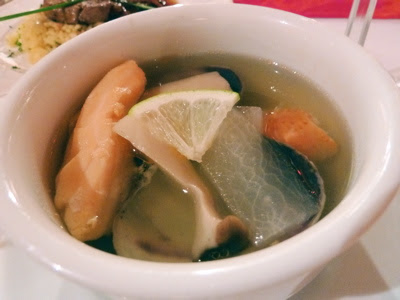 The Royal Seafood Soup of Australian king salmon, crab leg, Manila clam, mushroom and daikon, from Hawaii Prince Hotel Waikiki Hakone chef Masami Shimoyama, was my other favorite dish. The soup was ladled in just before serving so each piece, including the crab, retained its flavor. So pure and simple. 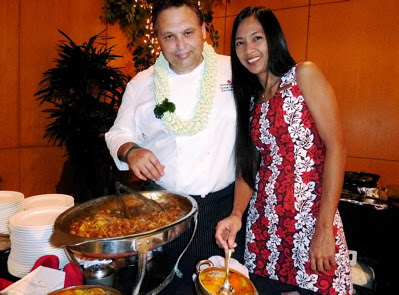 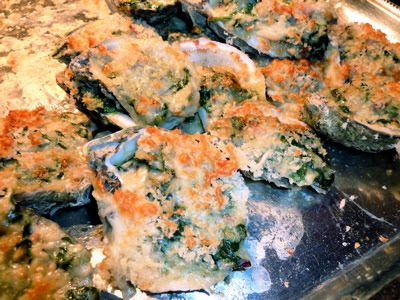 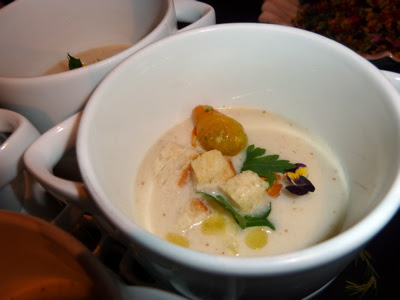 The most unique dish was Mauna Kea Resort executive chef George Gomes Jr.'s Korean pear gazpacho with smoked almonds and surprising bits of salted lemon mui. To taste that bit of sour in the otherwise sweet soup was initially shocking, but I found myself fishing for more of the Chinese-style lemon-peel bits. 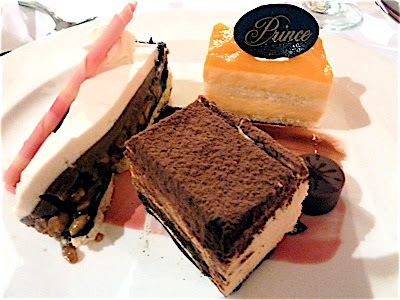