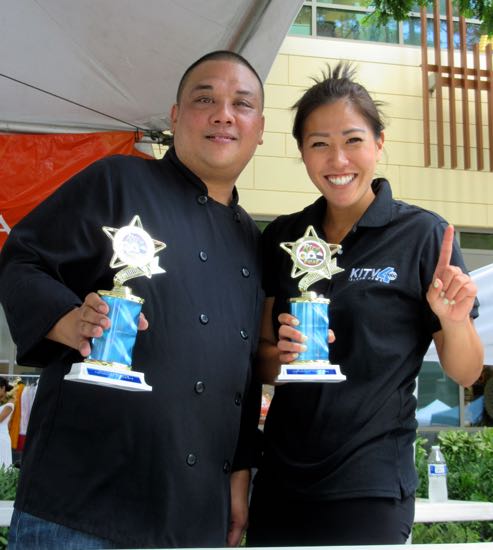 Dalan, also a chef consultant at Waimea Valley, was teamed with KITV4's Brandi Higa for the task. 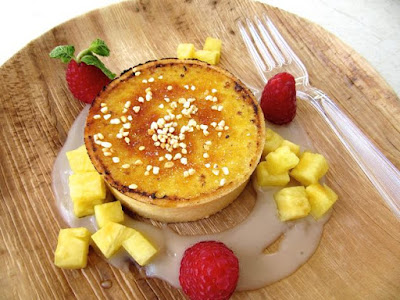 Chef Andy Dalan's winning dish of pineapple and rice crème brulée. As good to eat as to look at.

Dalan differentiated himself from the pack by presenting a surprising pineapple and rice crème brulée tart. Rice is used as a basis for dessert throughout the world, but not so much in the U.S., so it did get curious audience members coming up to the stage area to see just how good a rice brulée could be.

And that's the whole point of the fest, to see this food staple in a new light, look beyond the basics and appreciate rice in all its forms. 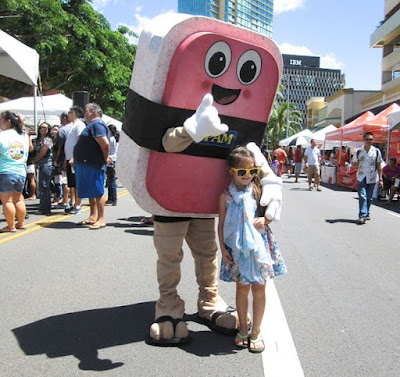 Spam Musubi Man was there, soaking up the love we have for the Spam and rice combo. 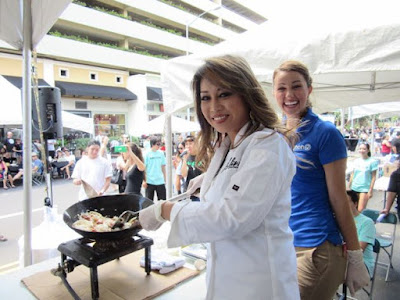 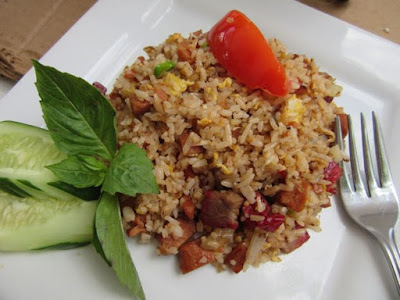 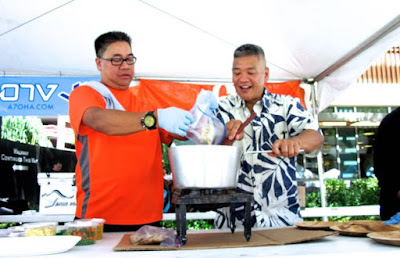 OC16's Tiny Tadani was teamed with Side Street Inn on Da Strip's chef Robbie Acoba, to create the second place "Japa-Pino Pride" rice dish below, notable for the sweetness of corn and flourishes of nori and bonito. 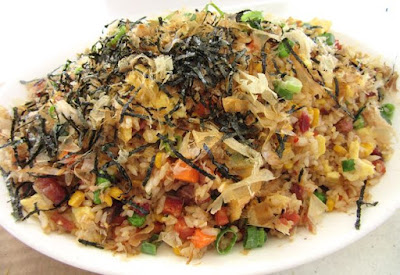 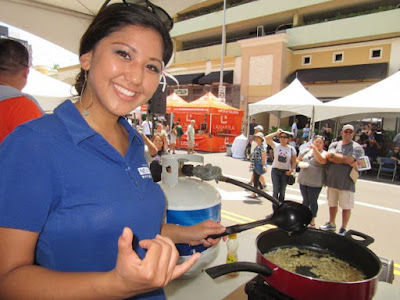 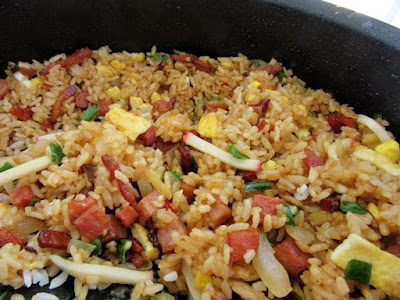 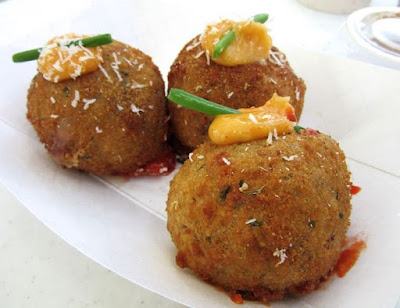 Among dishes being offered by vendors were arancini from Mega-Load burgers. 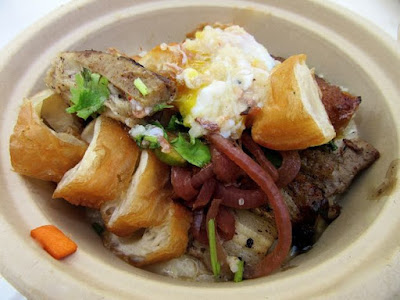 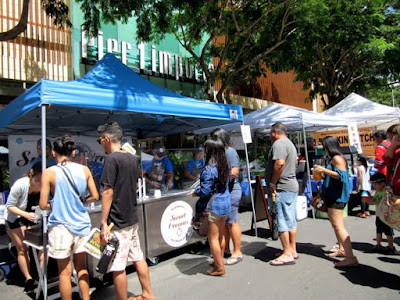 There was a line for Sweet Creams genmaicha roasted rice ice cream rolls and below, strawberry rolls that were later topped with Rice Krispies, strawberry mochi and a fresh strawberry. 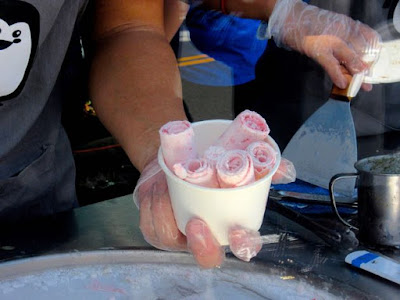