Stage pops up at Mari's Garden 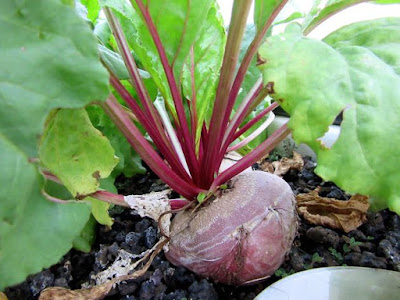 Nadine Kam photos
Following a tour of Mari's Gardens, guests at Stage restaurant's Fresh Pop-up Dinner got to try freshly harvested vegetables from the farm grounds, such as roasted beets.

When I think of Mililani, I think "suburbia." The last thing I would expect to find there is a sprawling farm. Mari's Gardens is such a hidden gem that neighbors don't even know they exist, as I learned after getting lost en route. For townies, it might as well be another world, and during a Fresh Pop-up Dinner hosted by Stage restaurant at Mari's Gardens, I did feel like I was in another world, more Napa than Hawaii.

Before dinner, we were welcome to stroll the grounds, where baby lettuces were farming and beets were ready for harvest. Because I got there a bit late, I missed the aquaponic tanks where tilapia and Chinese catfish are raised as much for food as for their contributions to the nutrient-rich water that feed the farm's organic produce. 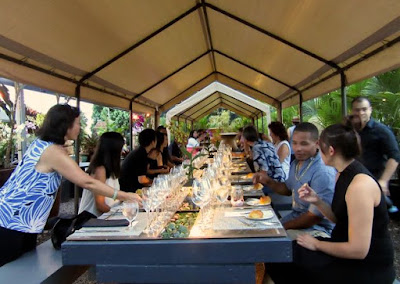 Dinner under a canopy that kept us dry during a sudden downpour.

The dinner showcased produce from Mari's Garden beautifully, as a demonstration of what farm-to-table dining could look like at Stage restaurant, whose owner Thomas Sorensen, is considering a rooftop aquaponic system to someday fill some of the restaurant's produce needs. Sorensen, owner of the Hawaii Design Center, where Stage is housed, has already been a longtime supporter of green, sustainable initiatives, and his building utilizes many energy efficient systems to serve as examples of what customers might want to do at home to reduce their carbon footprint.

That said, he's also a businessman, and knows the "ideal" is not always practical. Calculating the number of days it takes to grow a head of Manoa lettuce, and the volume that his rooftop can contain, he estimates that every 52 days, he will have enough to last through a single lunch service. But, where there's a will there's a way, and an herb garden might be one way to make such a system work from a green, and a business, perspective.

It's something I have had to think about while trying to raise greens at home. For the amount of water I used on tomatoes—only to see birds attack them at the first sign of ripening—it was barely worth the effort. When they did survive the odds, I had enough to make salads for a couple of days, hardly life sustaining. 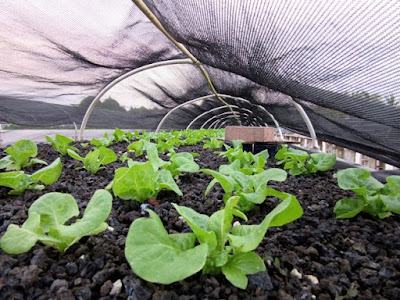 It is amazing work that Fred Lau and his family and staff do, and Stage executive chef Ron De Guzman, pastry chef Cainan Sabey and their staff also did an excellent job. I also appreciated all their effort at delivering 40 meals when it started raining heavily and they had to make multiple trips under cover of umbrella!

I also learned a little bit more about the difficulties of farming during the downpour, because I never realized how fragile a farm ecosystem can be. All I know is, you stick a seed in the ground, it grows, and weeks later, you have food. So when I suggested that the rain will be good for the plants, I was wrong. Here, soil and water pH is constantly monitored for optimal conditions. Rain can introduce too much heavy metal in the atmosphere or make water too alkaline, impeding plants' uptake of nutrients.

Fish are also susceptible to the same conditions, and as much as we often believe that nature takes care of itself, the fish are fragile creatures that require a certain balance in their environmental conditions. Think about that, because so do we. Events like this are a first step toward opening eyes toward the balance between man and nature, and how much work we have to do to prevent excess waste and pollution. 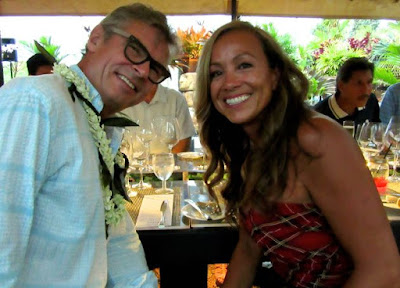 The dinner also turned out to be a post-birthday celebration for Thomas Sorensen, owner of Hawaii Design Center and its in-store restaurant, Stage. He celebrated the occasion with his wife Michele Conan Sorensen. 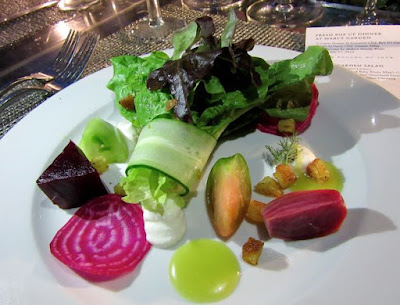 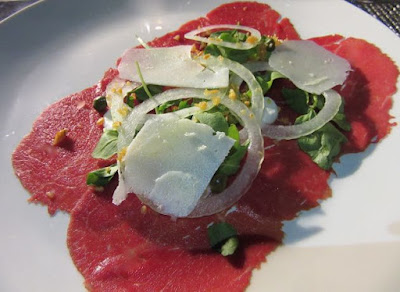 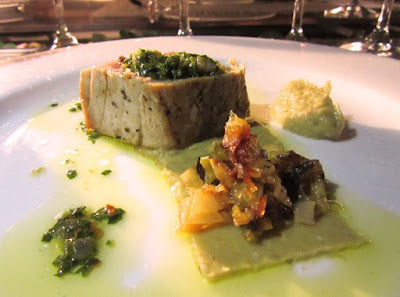 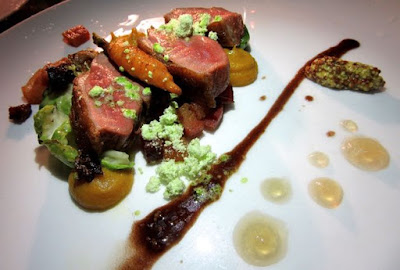 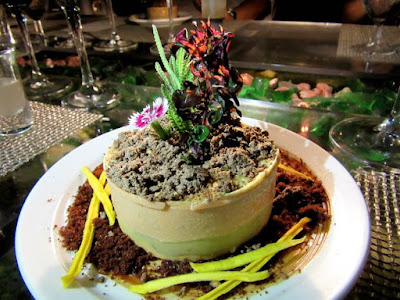 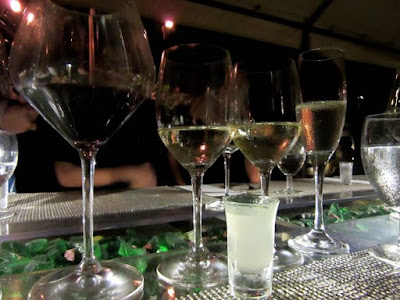 —————
Nadine Kam is Style Editor and staff restaurant critic at the Honolulu Star-Advertiser; her food coverage is in print in Wednesday's Crave section. Contact her via email at nkam@staradvertiser.com and follow her on Twitter, Instagram and Rebel Mouse.
Posted by Nadine Kam at 4:52 PM