Mixologist for a day at 'Love of Libations' launch 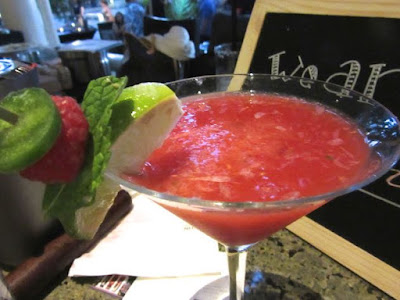 Nadine Kam photo
I was on the winning team of foodies that came up with a jalapeño-accented Phoenix Rising cocktail for the Year of the Monkey.

Most people would jump at the opportunity to play mixologist for an evening, and the Moana Surfrider is providing just that with the launch of “Love of Libations: Mixology 101.”

The first installment took place Feb. 12, with hosts from Southern Wine & Spirits, Micah Suderman and director of mixology Chandra Lucariello, who offered up her own cocktails before setting guests free to concoct their own libations. It’s not everyday one is set loose to play with all the booze they want!

We were divided into four teams with the aim of coming up with a cocktail. On my team were Sean Morris, Pam Davis, Emi Hart and Catherine Toth. Pam had a thirst for ginger beer, so going from there, we had to figure out what would work with ginger. 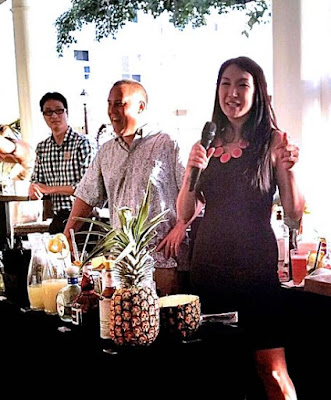 I know from years of writing about food that themes and the naming of things are as important as the flavor of a dish, so based on timing so close to the Lunar New Year, I wanted a drink with an Asian orientation.

At the ingredient bar, we pulled together raspberries and limes that would work with ginger, going outfield by using basil instead of the more expected basil. Next, we pulled kaffir lime leaves from a display. It all smelled good after muddling, but Sean decided to try one slice of jalapeño. That proved to be the stroke of genius. I loved the heat and it differentiated the cocktail from all others. Immediately, I thought of the name Firebird, which became Phoenix Rising for the new year. 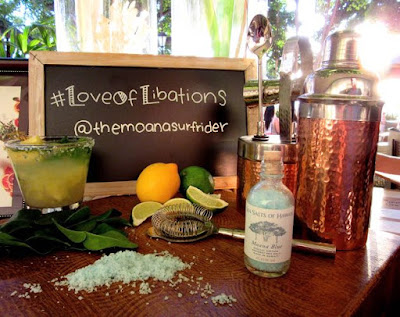 We added neutral vodka to the mix, and after straining into a martini glass, we topped it off with the ginger beer. After tasting the rest of the competition, with standard fruit or cucumber flavors, I knew we had a winner on our hands, and so it was!

I was so excited. I never had dreams of trying mixology because I’m not a big boozer, but apparently, if you can imagine the flavors of ingredients together, you’re not far from creating winning cocktails. The competition was fun but I could never be a mixologist IRL. It requires speed and I’m not into the live theater aspects of the work.

The next event takes place 6 to 9 p.m. March 11 as part of the Moana’s 115th birthday bash. The cost is $75 and includes light fare and beverages provided by Koko Head Cafe, Mac 24/7, MW Restaurant, The Pig and the Lady, RumFire, Scratch Kitchen & Bakeshop and Square Barrels. Proceeds will benefit the Life Foundation and tickets are available at honoluluboxoffice.com. 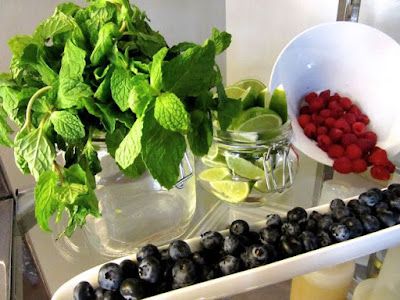 With shelves of ingredients to choose from, we were most drawn to the raspberries and limes. 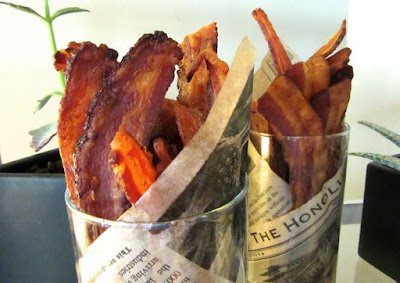 I wanted to use bacon but when that wasn’t happening, I did the next best thing and ate some. 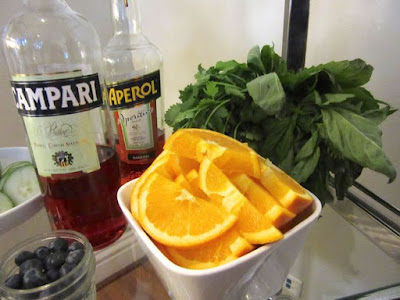 More ingredients, including basil that went into our Phoenix Rising cocktail. 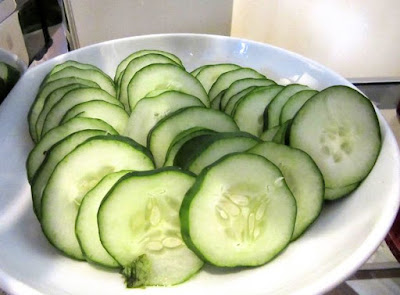 A little cucumber goes a long way because I don’t like them very much.

Email ThisBlogThis!Share to TwitterShare to FacebookShare to Pinterest
Labels: mixology, wine and spirits