A taste of Osteria Di Passignano at Halekulani 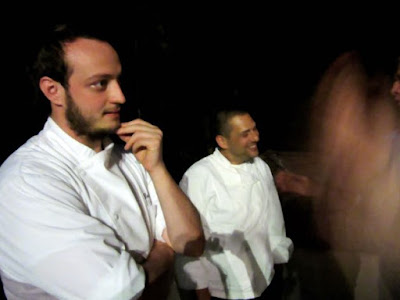 Osteria di Passignano is housed in the Abbey of Passignano within the Chianti Classico region of Tuscany. The monastery dates back to 395, when it was established by the archbishop of Florence, and it is still inhabited by monks of the Vallombrosian Order.

The restaurant is relatively young, founded in 2000 by Marcello Crini, a connoisseur of Tuscan cuisine and wine culture; and Allegra Antinori, whose family owns the vineyards around the Abbey, from which the Chianti Classico Reserve wine “Badia a Passignano” is produced, and which is aged in the cellars beneath the monastery. 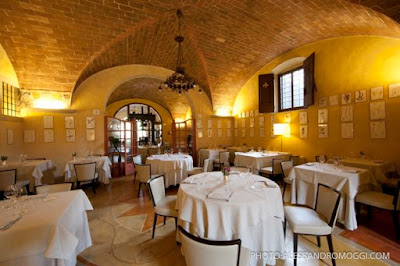 Alessandro Moggi photo
A long way from home, this is a look at the interior of Osteria Di Passignano, housed in a 1,600-year-old Tuscan abbey.

Transported across both Atlantic and Pacific oceans, and in an environment of coconut trees and sand instead of 1,600-year-old stone, we experienced the delicacy of the chefs' work, and assumed they brought some of their own specially ground flour for pillowy gnocchi and other dishes. But no, they used only ingredients sourced from here, once again dashing the myth that some Hawaii chefs try to perpetuate, that they are limited by climate (baking) and ingredients available to them. Oh no, no. After savoring beautiful, light tomato sauces made from local tomatoes that the chefs say are sweeter than ones back home, no one can use that excuse with me anymore.

I was particularly captivated by cacciucco accented with thin ribbons of cuttlefish, or ika, noodles, and asked Boninsegni how they're made. It turns out to be an eight hour process that starts with a good cleaning, sous vide cooking, freezing and shaving the frozen ika with a mandoline. The seafood "pasta" is then rolled up to prevent curling of the edges. The texture was amazing.

Here's what was on the menu: 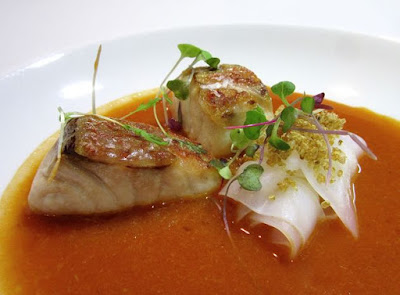 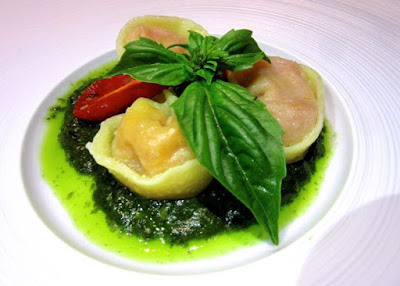 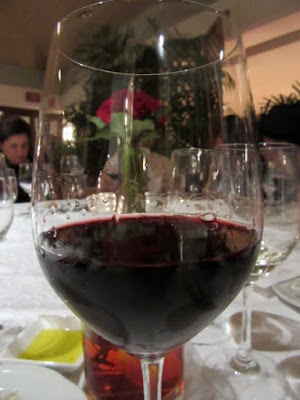 Wine and roses. The Cervara. Look at them legs! 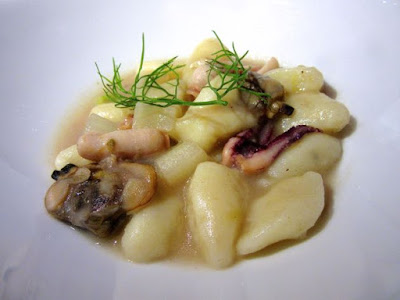 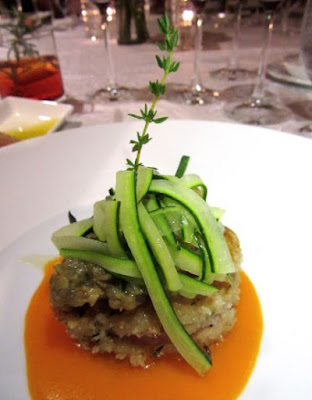 By the time the breaded veal sirloin arrived, over red pepper fondant with eggplant and zucchini, I was full, but really didn't want the meal to end. Pairing: Tenuta Guado Al Tasso Bolgheri 2010 and Marchesi Antinori Solaia 2012. I liked the Solaia best in this matchup. 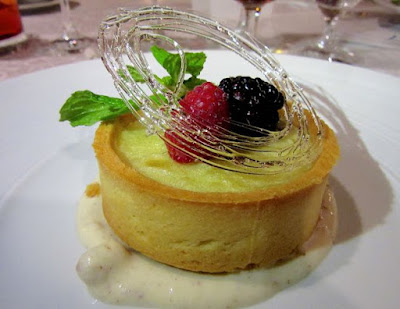 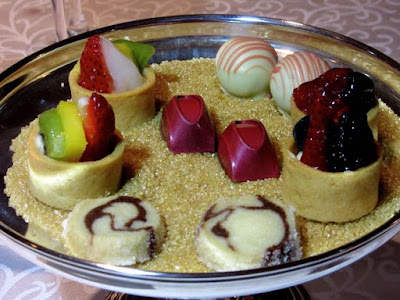 When the mignardises arrived, a tablemate said he knew which one I would pick. I was like, "You don't know." So he said he would write it down and darn he was right! I'm not telling you so you can guess too and I might fill you in on a later date. 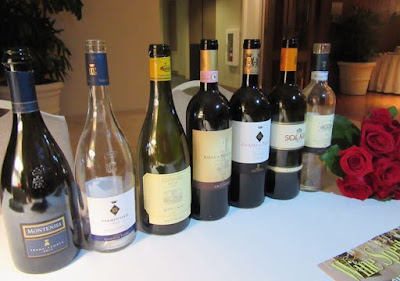 After dinner, the empties.
Posted by Nadine Kam at 2:10 PM