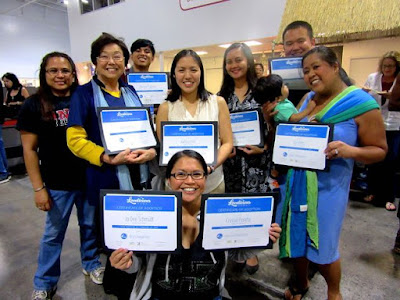 Some of Hawaii's top chefs gathered at Chef Zone on Monday for the launch of the 2016 "Localicious Hawaii" campaign that encourages diners to "Eat Local."

For a month beginning March 1, participating restaurants will donate $1 for every Localicious dish ordered from their menus to the Hawaii Agricultural Foundation's Veggie U educational program supporting agricultural education in public schools. Restaurants that raise $500 are able to adopt a classroom, by offering a $500 garden kit.

The event recognized some of the teachers and restaurateurs involved in the program. This year, 148 restaurants statewide are participating in the monthlong campaign and 113 Hawaii public schools have received garden kits to foster the awareness of agriculture and food safety issues.

Denise Hayashi Yamaguchi, executive director of HAF, introduced Dean Okimoto of 'Nalo Farms, to speak in response to Andrew Gomes story in the Star-Advertiser that day, regarding a 101-page report from the state Department of Agriculture that shows where agricultural activity was lost over the last 35 years and where future crop opportunities might lie.

What’s glaring, he reported, "is the drop in the number of acres devoted to agriculture between 1980 and 2015: a decline of 200,000 acres of cropland and 340,000 acres of pastureland, representing drops of 57 percent and 31 percent, respectively." 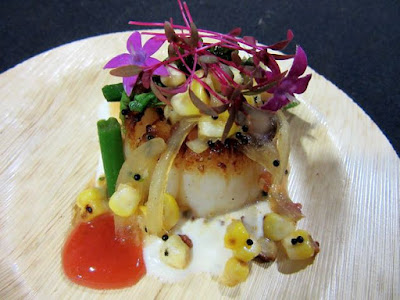 During the event, guests enjoyed dishes featuring local ingredients such as Roy Yamaguchi's U-10 scallops with ume honey, blistered Kahuku corn and Maui onion pohole fern poke in a sauce of truffled mascarpone and tofu.

Even as sugar plantations close and food producers' costs rise, Okimoto said, food prices have not increased as much as other expenses such as utilities and "Louis Vuitton bags," a subject that hits home when he gets an earful from those very same luxury buyers when he raises the prices of his produce by 25 cents.

As a matter of complying with food safety issues, he said costs to the consumer will have to rise in the future and he said, "Without support, agriculture is not going to survive."

Speaking of the partnership between restaurants and farmers that has been taking place since the 1980s, and support of organizations such as the Hawai'i Food & Wine Festival, he said, "In Hawaii, everything we do should be together. The key for the future is these partnerships." 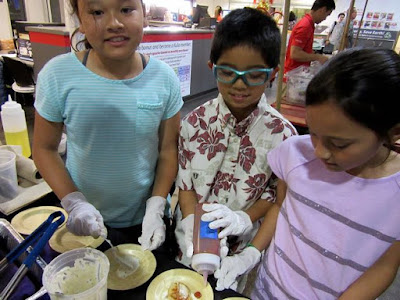 As for Veggie U, chef Alan Wong told of being a fourth grade student at Wahiawa Elementary, and seeing the intermediate school band come to play for them. "When you're that age, you're impressionable," he said, so when it came time to choose classes in intermediate school, he chose band, and expressed the hope that by exposing youths to class gardens, the role of farmers and healthy foods, "maybe one becomes a future farmer," or at least understand and support agricultural endeavors.

Okimoto also said there's room for more dialog with the public. He said that although some people are happy to see big agriculture and plantations disappear, without them, there's "less infrastructure for everyone else to survive."

Plantation closures means that those in peripheral businesses, such as selling fertilizers, are unable to make a living, and as they go, smaller farmers may struggle to import the tools and materials they need at reasonable cost.

For the roster of restaurants participating in Localicious, visit localicioushawaii.com. 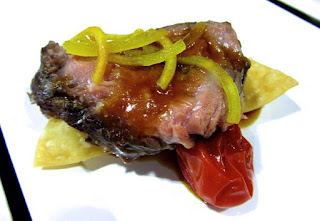 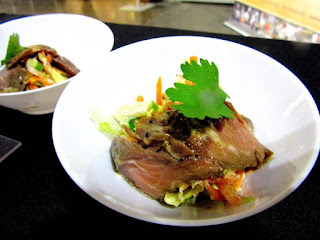 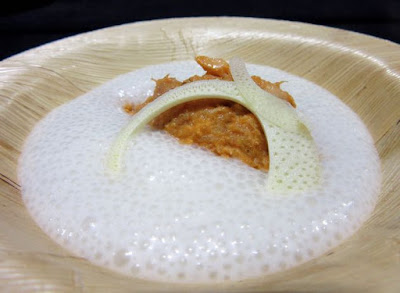 Vikram Garg's tamarind cured ahi in a pool of hearts of palm velouté. 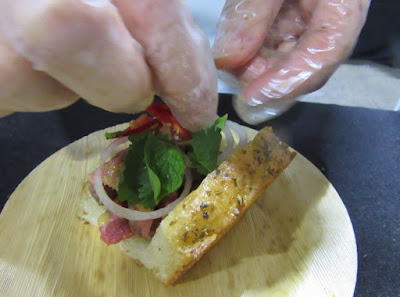 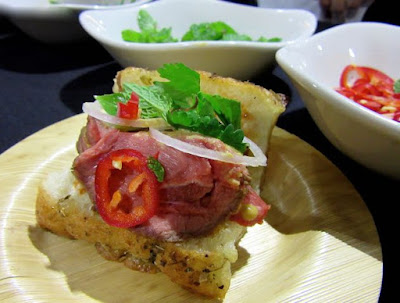 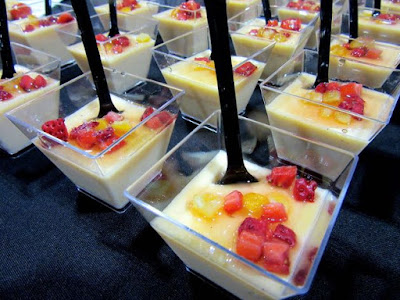