Guest 'chefs' take over The MODERN 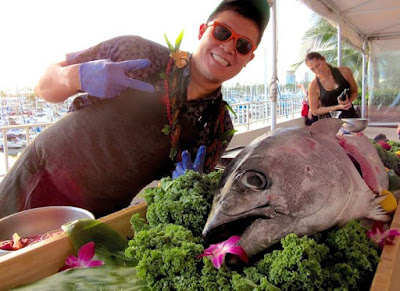 Nadine Kam photos
Fresh Box’s Will Chen was the guest chef during The MODERN Honolulu’s inaugural Chef Takeover event. He presented an ahi-cutting and cooking demo leading up to guests’ takeover of the kitchen.

I headed to The MODERN Honolulu’s inaugural “Chef Takeover” culinary experience under the impression Chef William Chen, of Fresh Box, was taking over the kitchen.

Yes, he was there for an ahi-cutting and cooking demonstration of ahi tostadas, but, surprise!, it was actually the guests who were invited to take over the kitchen via a build-your-own poke bar and grill stations that allowed us to cook our own fish.

Fire and alcohol—that is, signature cocktails made with Ocean Organic Vodka and Deep Island Hawaiian Rum—can be a dangerous combination, but it was a fun evening, and I ended up making two batches of poke because I missed the sesame oil and wasabi on the first go-round.

The event took place Nov. 8, and may be the hotel's first in a series of annual events celebrating local sustainability and agriculture.

Another special guest of the MODERN’s executive chef Keith Pajinag was Brooks Takenaka of the United Fishing Agency, who spoke about the local fishing industry and it’s place in a global marketplace in which we find ourselves competing with others unwilling to abide by American laws regarding sustainable practices. And, in a state in which availability of fish is assumed, he said, 93 percent of our fish is imported.

That is why I never take enjoying fish for granted. 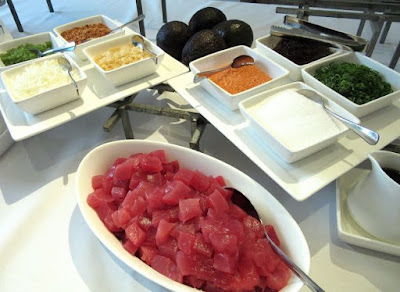 The poke bar had everything we needed to make up batches of traditional and contemporary poke. There was much more ingredients than shown here. 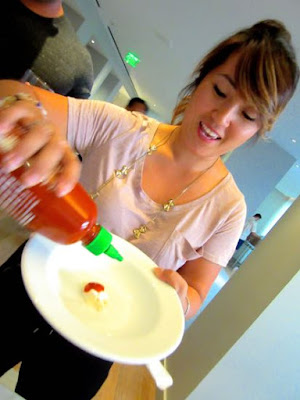 Aya Nishihara started her poke sauce first with a litle mayo and Sriracha. 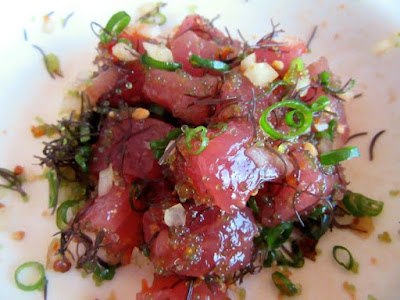 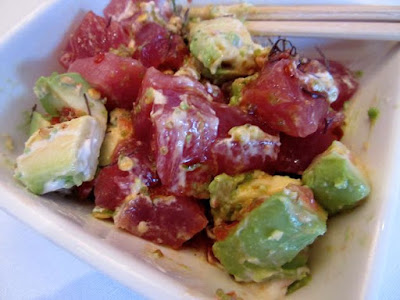 California-style poke with avocado and mayo. 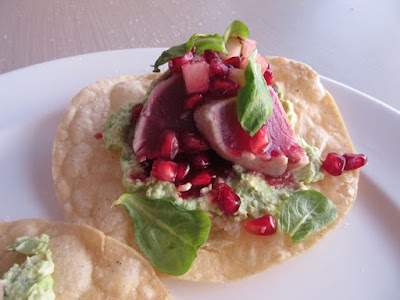 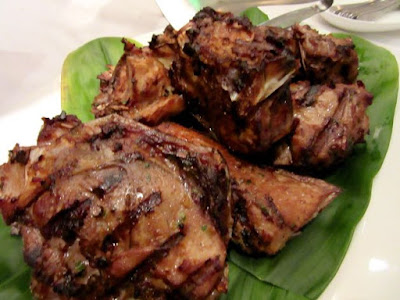 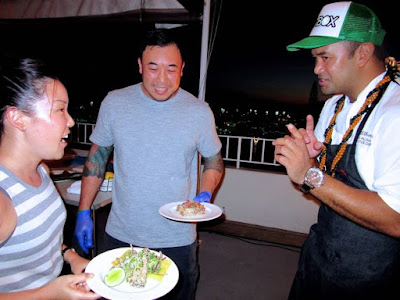 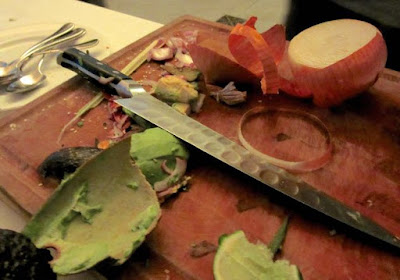 Matt had to deal with others’ mess, to arrive at the resulting relish, below. 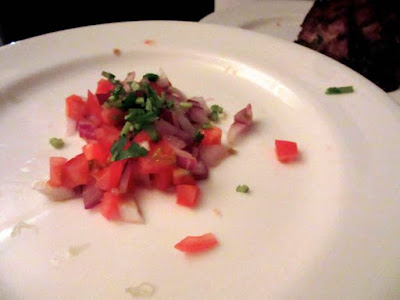 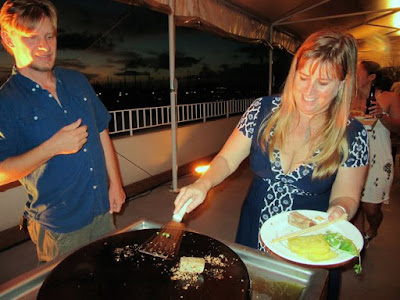 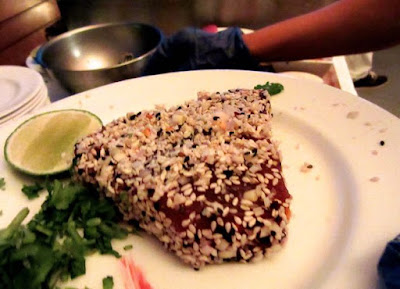 Sesame-crusted fish awaiting its turn on the griddle.
—————
Nadine Kam is Style Editor and staff restaurant critic at the Honolulu Star-Advertiser; her coverage is in print on Wednesdays and Thursdays. Contact her via email at nkam@staradvertiser.com and follow her on Twitter, Instagram and Rebel Mouse.
Posted by Nadine Kam at 6:10 PM