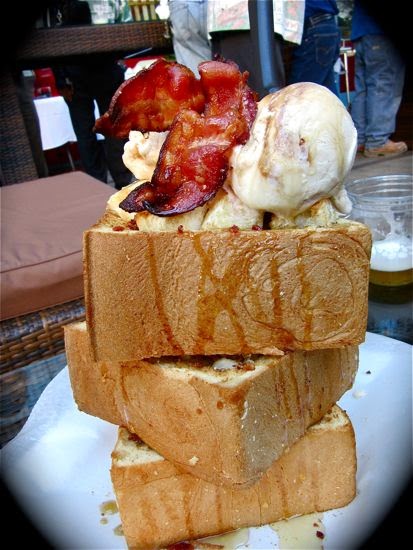 Shokudo Japanese Restaurant & Bar celebrated 10 years in Hawaii with a media party on its Kapiolani Boulevard open-air patio on March 10.

It’s a three-tier monster of a dessert which, playing off Willy Wonka, could be your golden ticket toward winning $1,000. Each order of the maple-bacon honey toast—$19.95 and available for purchase with any food item—will come with a gold envelope containing a prize ranging from a $10 discount coupon for your next visit to the restaurant, to one of 10 $1,000 cash prizes. Other prizes include surfboards and golf clubs.

The restaurant will be rolling out new menu items next month, and will also be unveiling its sister restaurant next door, in the former Angelo Pietro space. I’m looking forward to trying its tapas and Italian fare.
—————
Shokudo Japanese Restaurant & Bar is in the Ala Moana Pacific Center, 1585 Kapiolani Boulevard. Call 941-3701. 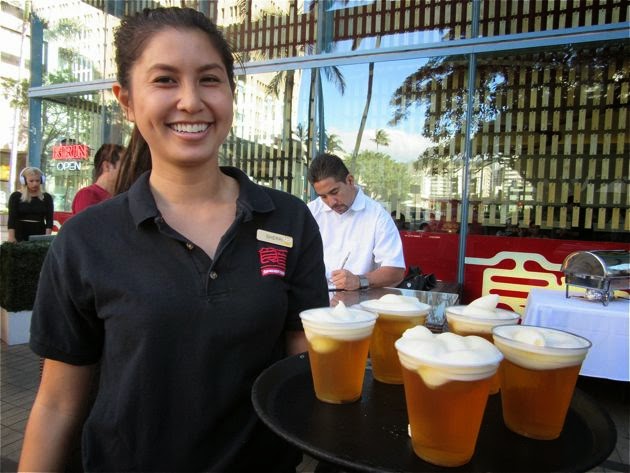 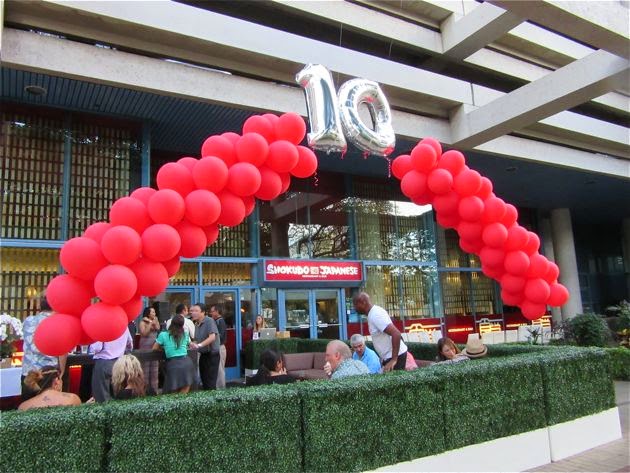 Shokudo is marking its 10th anniversary, and will soon debut a new menu, as well as a sister restaurant next door, specializing in tapas and Italian fare. 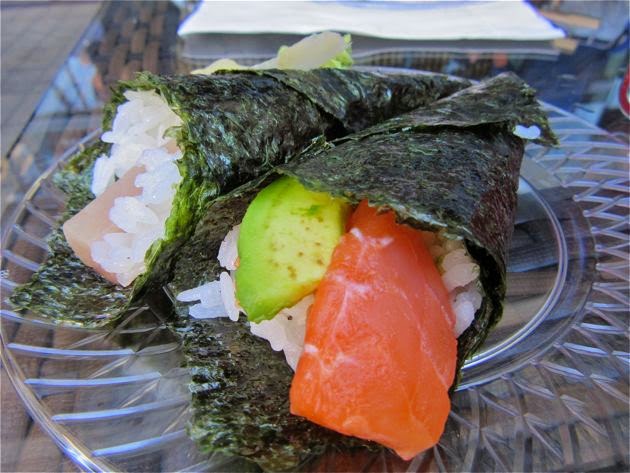 Hamachi, and salmon and avocado, were among handroll sushi options. 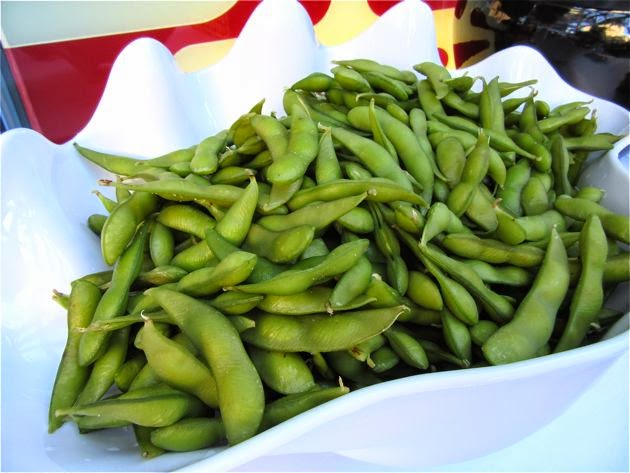 Plenty of soybeans served as pupu. 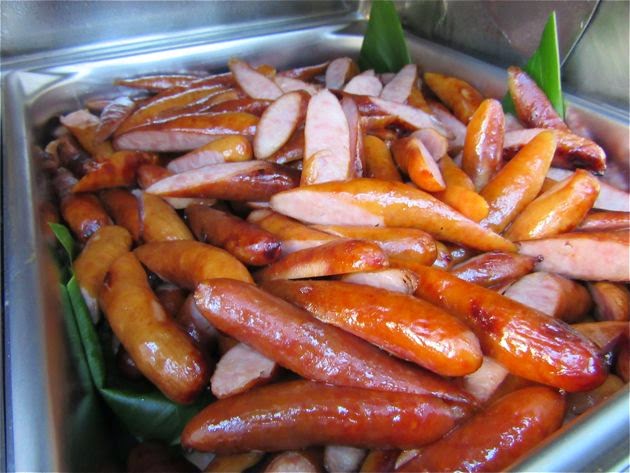 Crunchy arabiki sausage isn’t on Shokudo’s current recipe, but it should be! 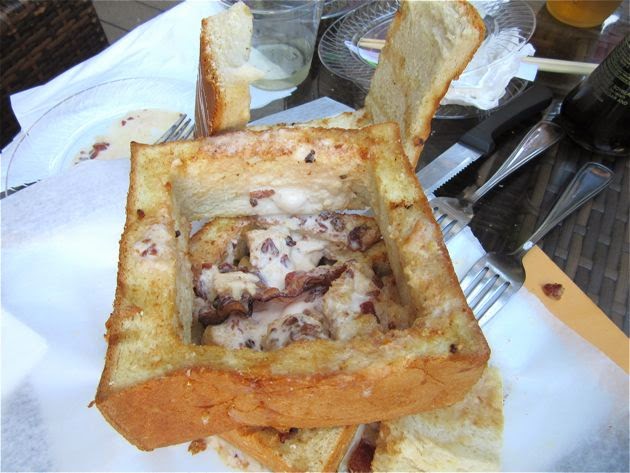 The honey toast aftermath. Four people only managed to polish off 1-1/2 layers of the three-tiered dessert.
———
Nadine Kam is Style Editor and staff restaurant critic at the Honolulu Star-Advertiser; her coverage is in print on Wednesdays and Thursdays. Contact her via email at nkam@staradvertiser.com and follow her on Twitter, Instagram and Rebel Mouse.
Posted by Nadine Kam at 6:21 PM