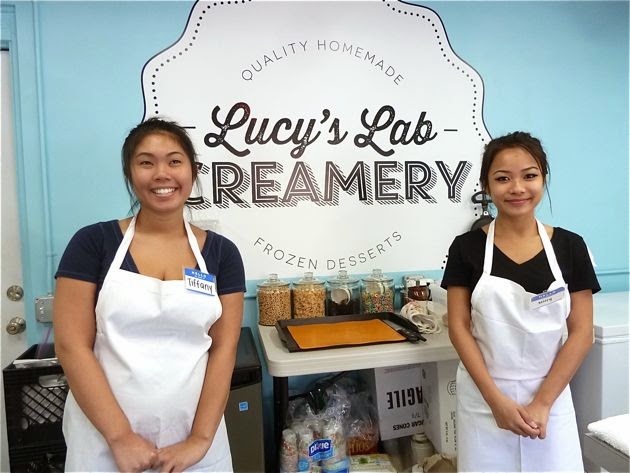 After nearly a month of social media “teasing,” Lucy’s Lab Creamery finally opened its doors for a soft opening over the weekend.

There was a lot of buzz and anticipation beforehand, such that I had to question the wisdom of toying with potential customers’ desires. After all, what if—after all the buildup—it opens and the ice cream is junk?”

Well, it was worth the wait for flavors like Nutella and Sea Salt Caramel. To date, there are only seven flavors available, and although parents might think of ice cream as a keiki-friendly treat, some flavors are definitely for the 21-and-older crowd only, such as Bacon Whiskey. And Fruit Loop Vodka has kid appeal with its candy-colored cereal topping, but make no mistake, it delivers a potent kick that has thrown adults for a loop.

The ice cream is sold by weight, at $1 per ounce for a keiki scoop, and $2 per ounce for a regular scoop. Most people have no conception of what an ounce of food entails, but a cup each of keiki and regular size scoops added up to $6.

The shop was opened by Prudential Realtor Lee Wang in memory of his late mother Lucy, and a portion of sales will go toward breast cancer charities.

The official opening is yet to come, so hours are limited. For now, keep up to date with hours by following @LucysLabHi on Twitter or www.facebook.com/lucyslabcreamery 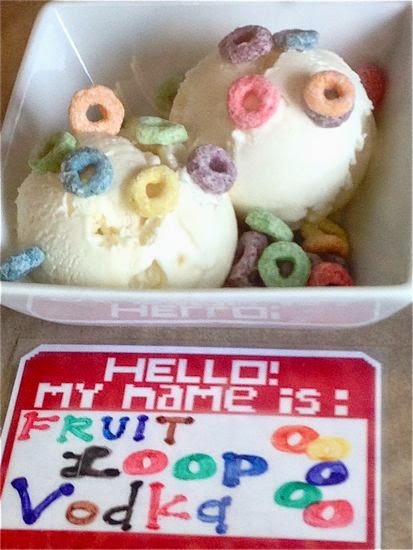 There are only seven flavors available, including Fruit Loop Vodka, and Bacon Whiskey, below. 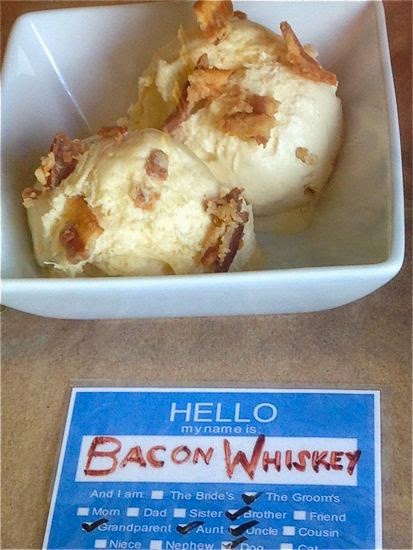 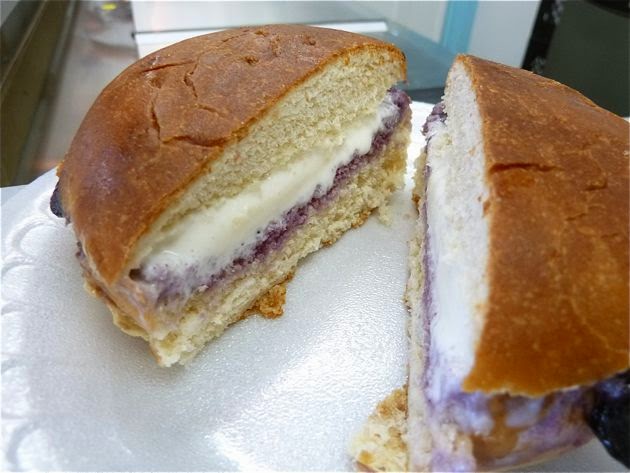 They were out of ice cream sandwiches when I arrived, so pan de creme, ice cream and jam in a pandesal bun was another option. I didn’t care for the stiff Filipino bread roll, which theoretically should make a nice warm and toasty home for the ice cream. But when heated, the ice cream melts down to nothing and the bread itself was not enjoyable. 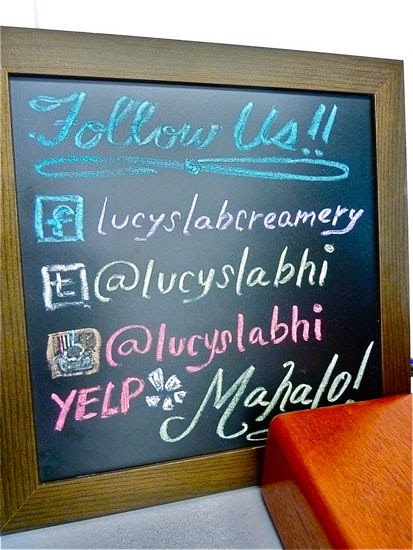 ———
Nadine Kam is Style Editor and staff restaurant critic at the Honolulu Star-Advertiser; her coverage in print on Wednesdays and Thursdays. Contact her via email at nkam@staradvertiser.com and follow her on Twitter, Instagram and Rebel Mouse.
Posted by Nadine Kam at 4:56 PM