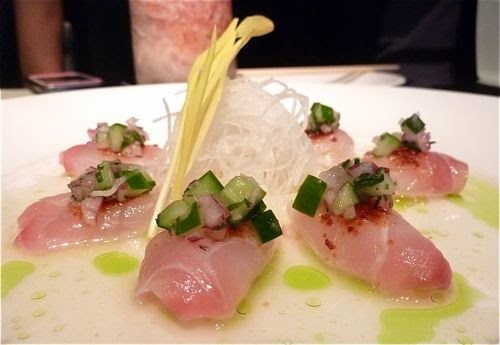 Changes are underway at Nobu, where new executive chef Matt Raso invited a handful of foodies to sample a few experimental dishes created by himself and sushi chef Ono Yoshio, that may eventually make it onto the menu.

It’s interesting to see the creative process at work, with Raso already contemplating tweaks to dishes that aim to surprise and delight at fall’s Hawaii Food and Wine Festival.

Nobu was already known for adding the spice of jalapeño to hamachi sashimi, and some of these dishes amp up the heat. I particularly liked one of the dishes Raso brought over from Nobu Dallas, onaga sashimi warapped around avocado-shiso guacamole, and topped with a paste of dried miso and shichimi with the contrasting crunch of bits of garlic chips, shown just below, along with other dishes shared.
—————
Nobu is in the Waikiki Parc Hotel, 2233 Helumoa Road. Call 237-6999. 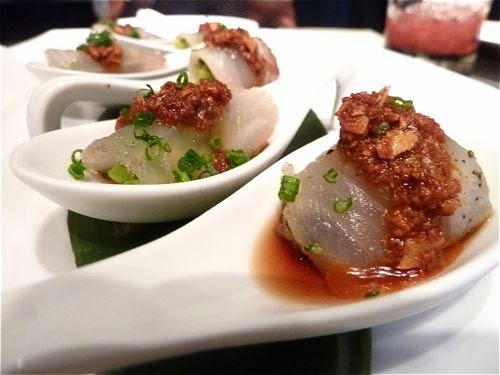 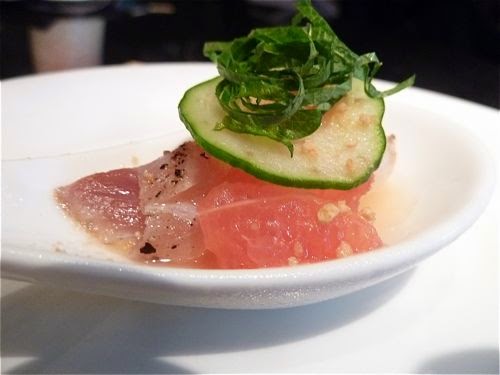 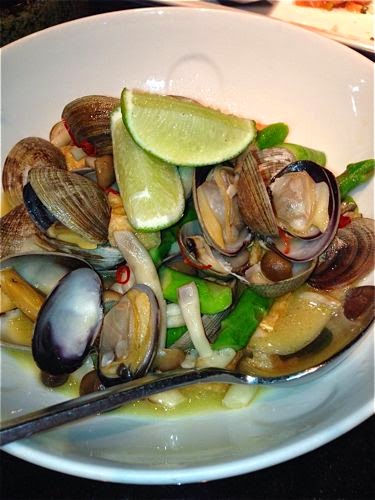 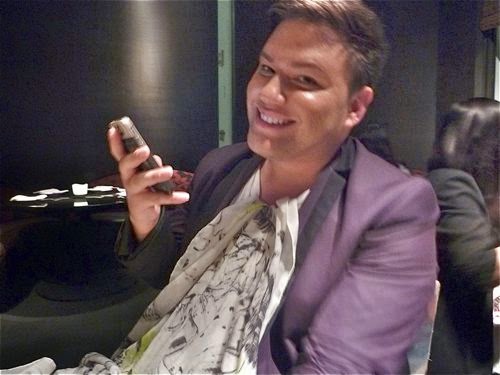 The clams were a no-can-do for stylist Tyson Joines, who I learned doesn’t eat shellfish and other foods. The dinner was an eventful one as I urged him to try the scallops, foie gras, and crab, all firsts, that he actually enjoyed. I told him if he could eat foie gras, he could eat clams. But that’s for another day. Erika Kauffman playfully turned his scarf into a bib. 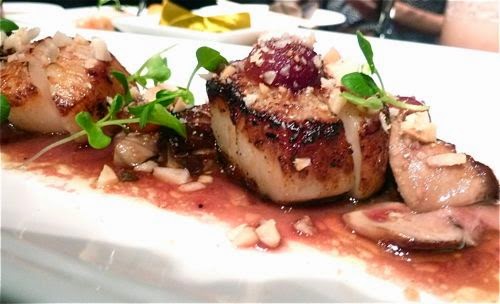 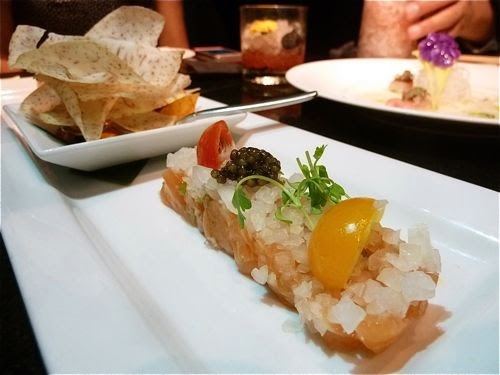 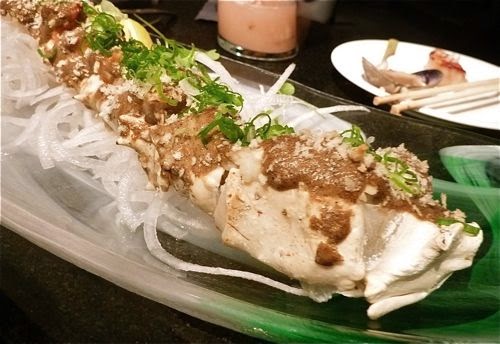 Alaskan king crab leg with black truffle crust. The crab meat was cut into inch-size bites so we could easily pick them up with chopsticks. 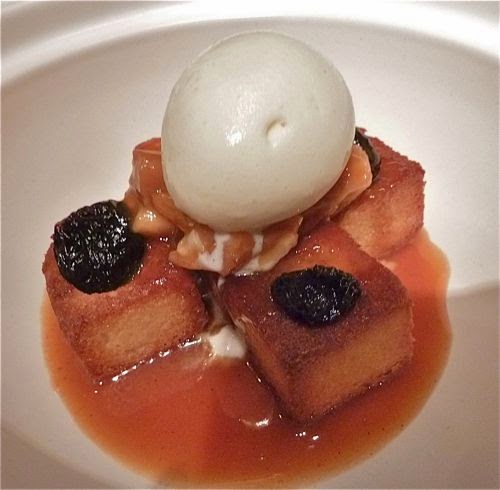 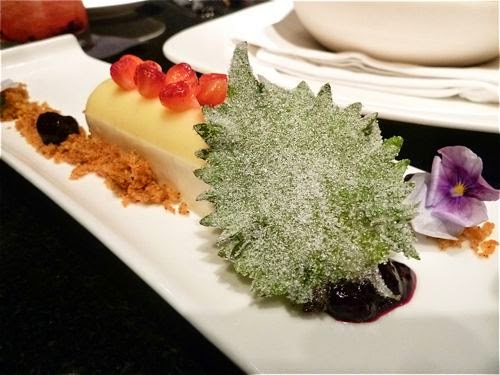 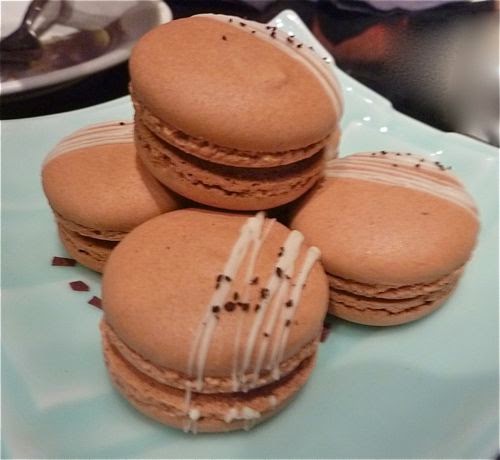