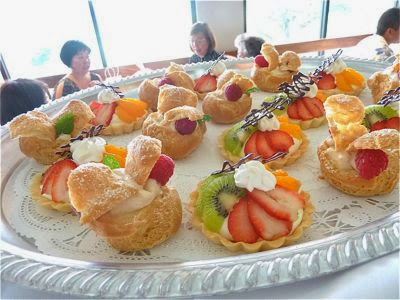 During Restaurant Week Hawai'i, why not start at the source, Kapiolani Community College, which turns out many of the individuals who make our local culinary scene run?

The goal of Restaurant Week is to realize a vision of an advanced culinary campus—the KCC Culinary Institute of the Pacific at Diamond Head. Graduates of Hawaii's first four-year culinary program will go on to serve Hawaii's restaurant and hospitality industry and, ultimately, the greater community.

A portion of the proceeds from Restaurant Week Hawaii will support the KCC Culinary Institute of the Pacific at Diamond Head, so there was no doubt that Ka 'Ikena Laua'e would be among the 97 restaurants on four islands participating in the event that encourages diners to get out and patronize restaurants. In return, the restaurants offer discounts and specials to help defray the usual cost of dining out.

At Ka 'Ikena Laua'e, patrons who mention "Hawai'i Restaurant Week" before placing their order receive a 10 percent discount off lunch.

Alas, while the week ends Sunday, the school's dining room is only open through Fridays, so tomorrow is the last day to get this particular deal on a three-course meal (about $25 per person) that starts with a choice of vichyssoise or goat cheese tart, choice of five entrees, choice of dessert and beverages.

The students are doing a terrific job what is essentially a working laboratory that makes you feel as if you are in a commercial restaurant.

Here are a few of the dishes: 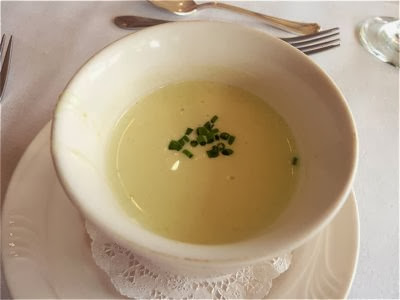 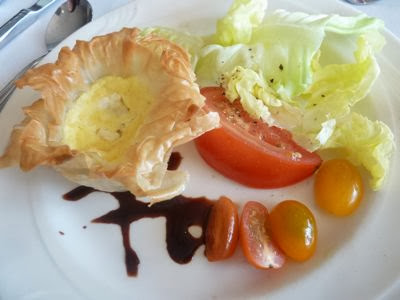 Goat cheese tart with salad of lettuce and tomatoes. 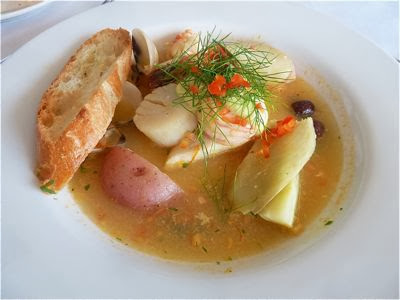 Fisherman’s Stew of fish, shrimp, lobster and clams stewed in a light saffron broth with leeks
potatoes and tomatoes, served with spicy rouille and garlic crostini. 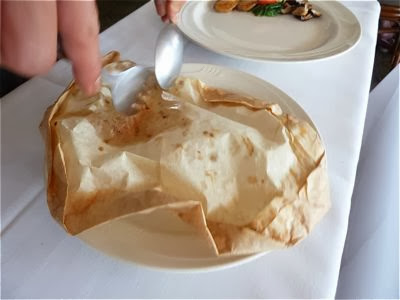 Unwrapping the Snapper en Papilotte, with a pour of beurre blanc at the table, below. 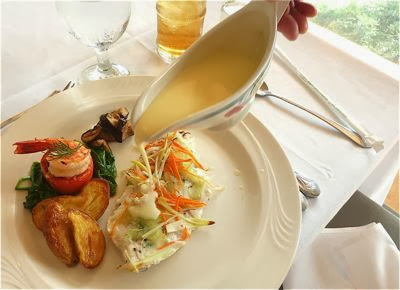 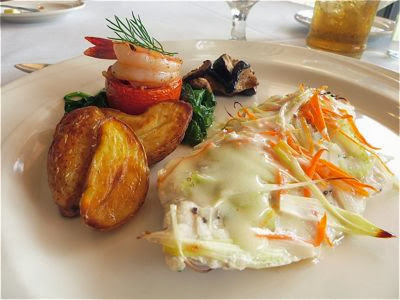 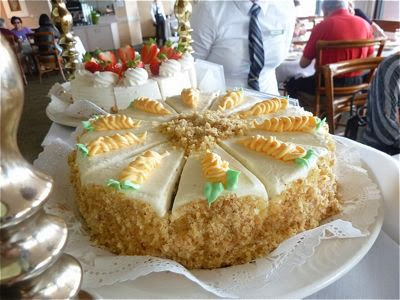 Desserts of carrot cake, and in the background, strawberry chiffon cake. 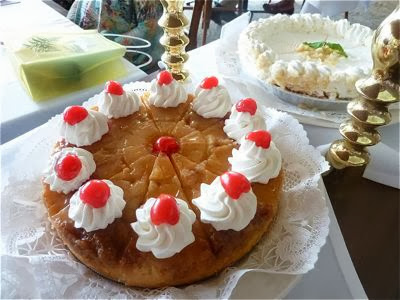 Pineapple upside down cake.
Posted by Nadine Kam at 7:14 PM