First Course: The Pig & the Lady at home in Chinatown 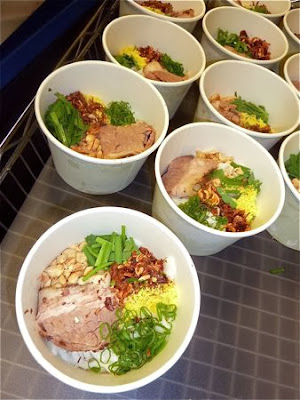 Nadine Kam photos
The pho tsukemen served at the grand opening of The Pig & the Lady was terrific. Loved the texture of the silky noodles with the crunch and burst of salt from the fried shallots and garlic, and fantastic slow-roasted brisket.

After two years of pop-ups, The Pig & The Lady, or, The Pig & the Le Family, has a true brick-and-mortar home at Lemongrass Cafe at 83 N. King St., partnering with The Pacific Gateway Center in developing programs to promote its mission of supporting and assisting immigrants, refugees and low-income residents.

As part of their partnership, TP&TL will be employing participants in the PGC's work training program and using produce they are planning to grow on their farms.

The dining area was built with community effort as well. Le took time to thank Daniel Anthony of Mana Ai for donating five beautiful, communal handcrafted mango wood tables. Someone I was talking to suggested the tables would be great for an Oktoberfest party. Other decor was the work of Fishcake. 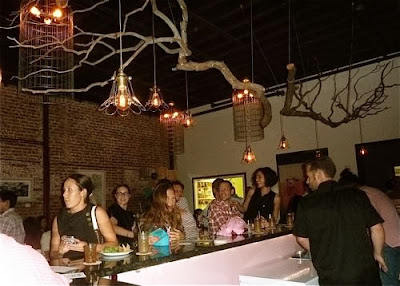 The new restaurant will continue serving Vietnamese street food-style lunches and tasting dinners—based on Le's food memories—that have been hits with its pop-up and farmer's market clientele ever since TP&TL first popped up at Hank's Haute Dogs.

The restaurant hosted a private grand opening party Nov. 12, before opening to the public on the 13th.

For now, the restaurant is only open for lunch from 11 a.m. to 2 p.m., offering popular dishes from the farmer's markets and expanding its selection of banh mis (Vietnamese sandwiches), and noodle and rice dishes.

Dinner service will start on Dec. 12, when the restaurant will be serving Southeast Asian-inspired food.

Future events include the ever-popular “Dinner and a Movie” and “Trough Dinners,” and an oyster bar is in the works. 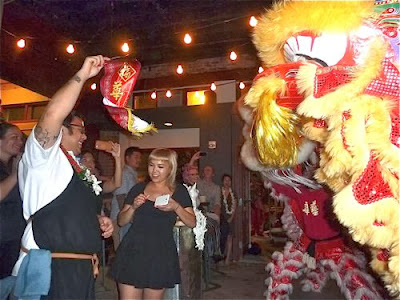 Chef Andrew Le and the lion. 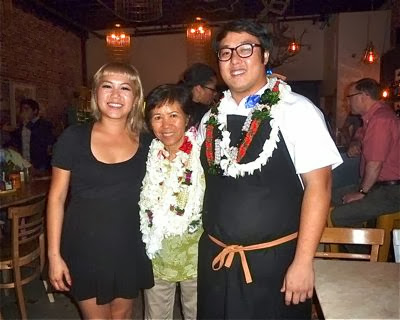 Chef Andrew with his sister Allison and mom. 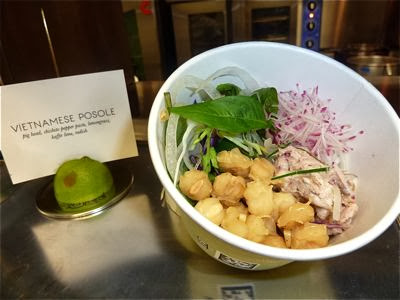 The ingredients for Vietnamese posole soup with chickpeas, pig head, shishito pepper paste, lemongrass and radish, before the broth went in. 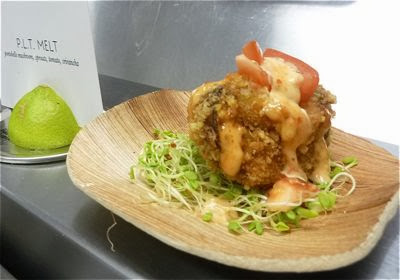 The P.L.T. (Pig & the Lady, tomato) Melt with a center of portobello mushroom, topped with spicy Srirancha (Sriracha + ranch) sauce. 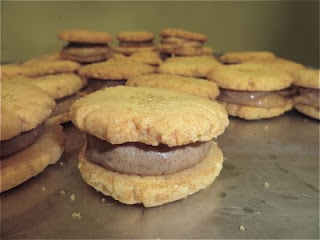 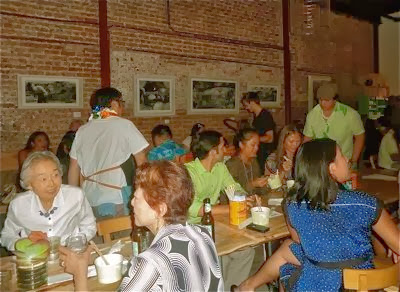 The red brick walls and high ceilings gave the feeling of being inside a New York City or Boston restaurant. 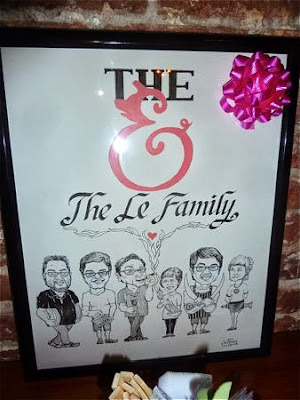 A tribute to the family. 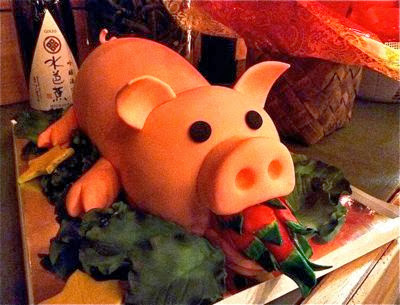 A friend of the family also dropped off a pink cake in the shape of a pig, with a dragonfruit in its mouth.
Posted by Nadine Kam at 6:21 PM