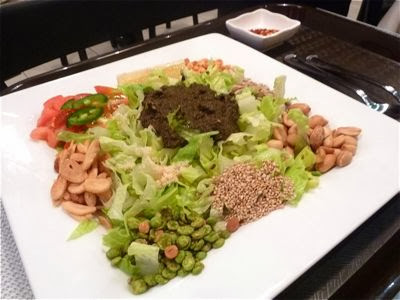 Nadine Kam photos
The green tea salad is beautifully arranged, with a center of chopped lettuce surrounded by peanuts, toasted sesame seeds, green and yellow split peas, fried garlic, tomatoes and sunflower seeds, topped with a paste made of young green tea leaves. It's all mixed together at the table. To have it the Burmese way, they ask if you want chili pepper and fish sauce on it.

Here are more photos of dishes served at Dagon Burmese restaurant to go along with my column in the paper today.

Among my favorite dishes was the green tea salad, which my guest Dr. Tin Myaing Thein, executive director of Pacific Gateway Center, who hails from Burma, colorfully described as the Red Bull of her university days. Due to the tea's caffeine content, she said, "This is what did it for us and kept us going for exams.”

The PGC's Lemongrass Cafe, an incubator for immigrant restaurauteurs, was a long-time home to a Burmese pop-up by Aye Aye Maw, where many a local foodie was introduced to the national dish moh hinga, a fish-noodle soup that is a another favorite of mine. The rice noodle soup is thickened with fried rice powder that gives it a lot of flavor and body, a comfort food along the lines of jook and ramen.

One other must have is the coconut chicken noodle soup, topped with crispy won ton strips. The Burmese complain that it isn't as sour and spicy as they prefer, and truthfully, owner Khun Sai said he studied American preferences before opening his first restaurant. We tend to like our dishes more savory, fatty and sweet. But, lemons and chili pepper flakes, chili sauce and a Burmese chili-sesame paste are available for those who need to make any adjustments.

If you want an idea of what Burmese cuisine is like before you go, start by pulling out a map. Burma is bordered by India, Laos, Thailand and China, and the influences are all on the menu, from coconut to masala curries and stir-fries. That's quite a broad spectrum, and the amalgamation makes Burmese cuisine quite unique.
—————
Dagon is at 2671 S. King St. in Moiliili, near Spices, across from Sushi King. Call 947-0088
Hours: 5 to 10 p.m. Wednesdays to Mondays. 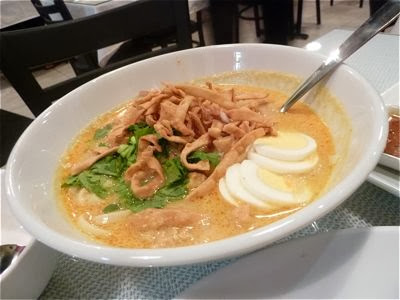 Savory coconut milk-chicken noodle soup, finished with won ton crisps, cilantro and slices of hard-boiled egg. Love this. In Burma, this is a portion for one, like ramen, but the richness of the coconut milk makes it a share dish for most locals. Try it first. You may find you can eat the whole bowl. 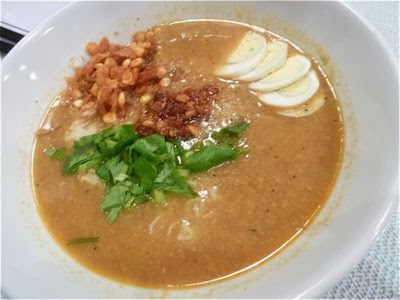 Moh hinga, a rice noodle soup with fish broth, is Burma's national dish. It's finished with crispy fried split peas that add texture when it's all stirred together. 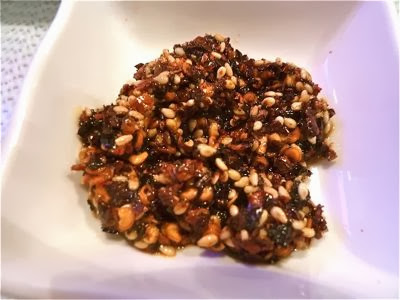 A chili-sesame seed paste adds heat for those who want more spice in their dishes, the Burmese way. 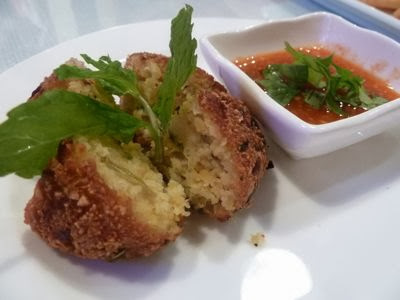 Baya kyaw (pronounced “baya jo”) is the Burmese equivalent of Indian pakoras, a crunchy fritter of yellow split peas, onion, mint and spices. The split-pea exterior is reminiscent of a cornmeal crust. Served with chili and tamarind sauces. 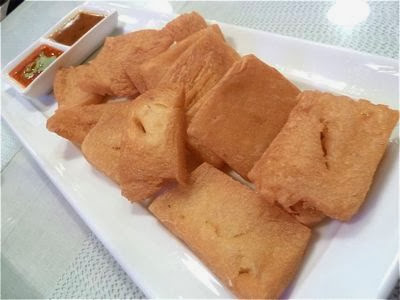 Their tofu isn't made with soy, but with yellow split peas, fried to a light airy crisp, and also served with the housemade chili and tamarind sauces. 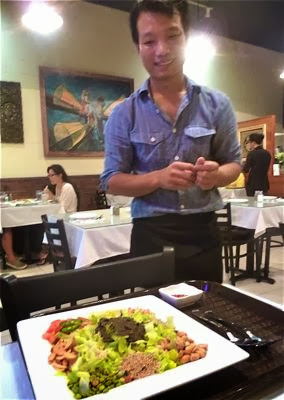 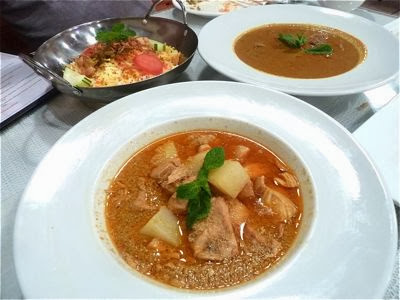