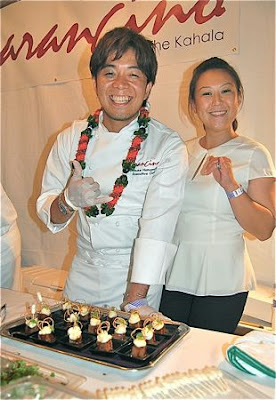 Photos by Nadine Kam
Arancino at the Kahala's executive chef Daisuke Hamamoto, with company vice-president Aya Inamura, added one of the more creative touches at the event. His beef topped with truffled mashed potatoes, was topped off with a pipette full of gorgonzola cream sauce. Diners didn't know whether to squeeze it onto the dish or directly into their mouths. There was enough sauce to try both, leaving many to suggest later that when there's no time to sit down for a meal, we should have more squeezable to-go options. It was a Willie Wonka moment.

Every year the Honolulu Star-Advertiser and Diamond Head Theatre team up for an evening of song, dance and culinary adventures through the 'Ilima Awards, celebrating Oahu's top restaurants, high, low and in between.

Just as good as the feast following the stage performances, is seeing the chefs in the spotlight, some of them goaded to find their inner Timberlake or Beyoncé in matching the likes of Broadway star Loretta Ables Sayre's often suggestive moves in song-and-dance routines honoring each of the award-winning restaurants and their specialties.

Chefs wise to these maneuvers are likely to send up another representative from their kitchens, but the non-shy, like Chuck Furuya (representing Vino) and Ed Kenney (Town), showed that they do have backup careers should they ever tire of the restaurant biz.

Here are a few photos from the event that took place Oct. 14. More beautiful photos from Kat Wade are at HonoluluPulse.com/2013/10/pics-2013-ilima-awards/ 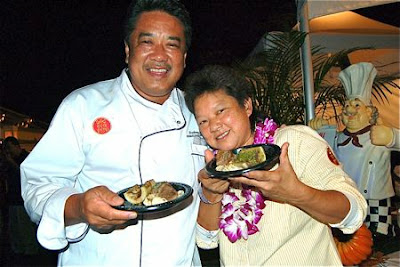 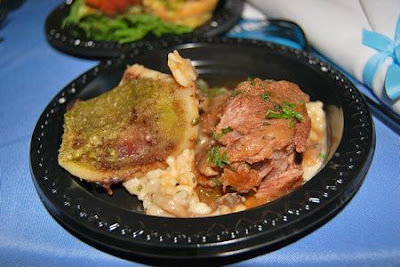 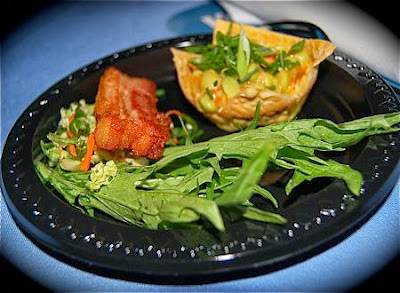 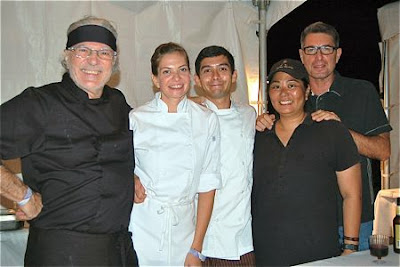 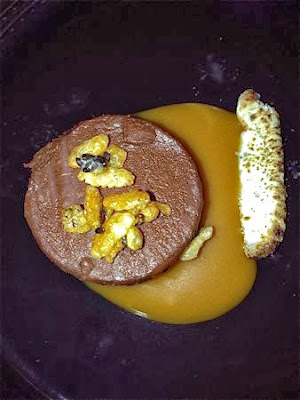 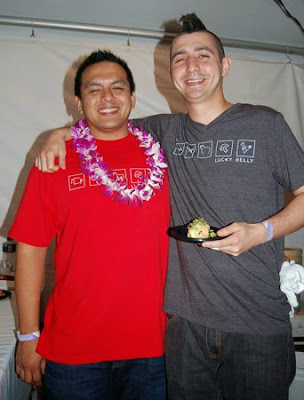 Lucky Belly partners chef Jesse Cruz, left, and Dusty Grable, were offering one of the biggest siu mai I've ever seen, filled with lobster and served with lemon-butter sauce. 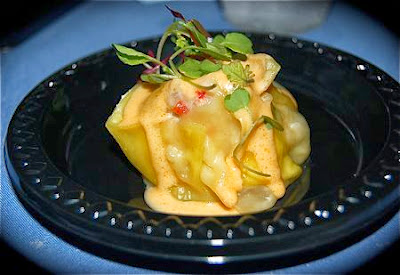 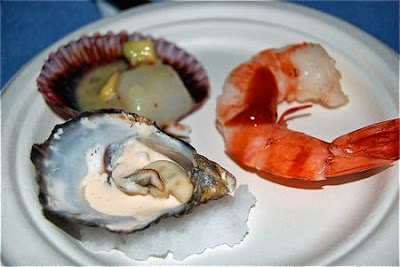 A shellfish trio from BLT Steak. 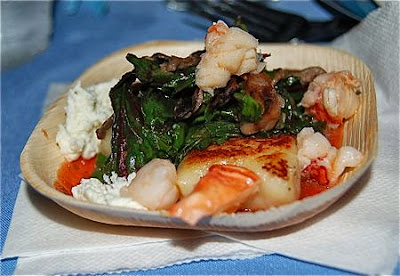 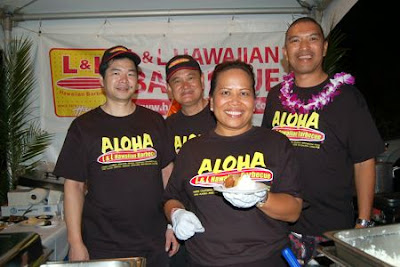 The crew from L&L Drive-In was offering hamburger steak katsu and katsu burgers.
Posted by Nadine Kam at 7:27 PM