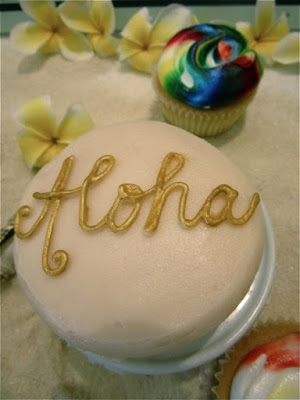 A class in how to ice a cupcake at Magnolia Bakery Cafe turned into confirmation that I should never work at a bakery.

Coinciding with the bakery's launch of its Hawaii-only Aloha cupcake, a coconut cream-filled lilikoi confection topped with rainbow-colored meringue, a bunch of writers and photographers were tasked with recreating the signature buttercream swirl that tops the cupcake. 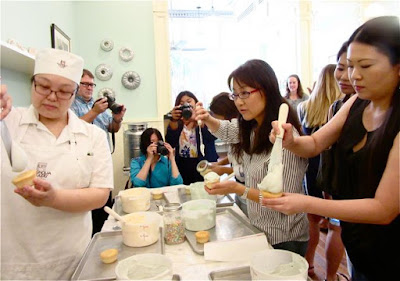 Pastry sous chef Alison Yokouchi led a session in how to ice a cupcake with an icing spatula she referred to as her "magic wand."

Our initial results were mostly disastrous, and pastry sous chef Alison Yokouchi assured it took her about 20 hours to perfect her skills.

Maybe golfers will appreciate that one also has to be pretty flexible and limber to perfect the swirl that calls for a nearly 360-degree flick of the wrists.

I ended up digging too deep in the icing and scalping my cupcake. Oh well, with Magnolia here, I have no reason to ever do such work myself.

For those who want to try their hand at the task, Magnolia is offering icing classes for private parties, with a minimum of six participants. Each participant will take home six cupcakes they have created, plus recipes for Magnolia’s best-selling vanilla cupcake and vanilla buttercream frosting. The cost per person is $75.

If you can't get a group together, public classes for set days and times are being planned.
———————
Magnolia Bakery Cafe is at Ala Moana Center. For more information on the classes, call 942-4132. 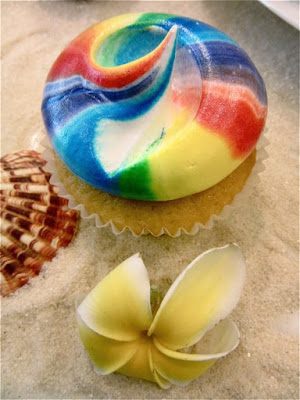 This is the swirl we were aiming for. 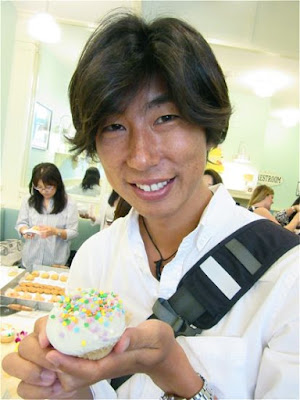 Yotaro Takenaka with his cupcake finished with candy sprinkles. 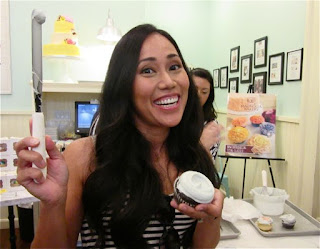 Emi Hart was pleased with her creation, after four tries.

—————
Nadine Kam is Style Editor and staff restaurant critic at the Honolulu Star-Advertiser; her food coverage is in print in Wednesday's Crave section. Contact her via email at nkam@staradvertiser.com and follow her on Twitter, Instagram and Rebel Mouse.
Posted by Nadine Kam at 3:03 AM