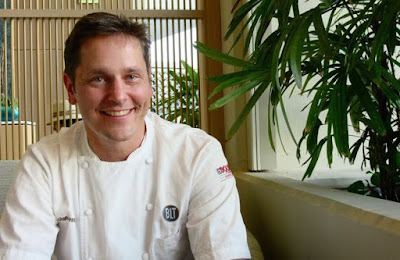 Nadine Kam photos
BLT Steak's Johan Svensson has moved over to sister restaurant BLT Market as exedutive chef.  The restaurant will open in the Ritz Carlton Residences in Waikiki on June 28.

BLT Market executive chef Johan Svensson says he laughs a little bit whenever he hears people talk about farm-to-table dining as a trend.

"I think it's hilarious. From medieval times (5th to 15th centuries), people have gone to small markets or to their back yards for food."

Corporate farming that arose only in the last century completely changed our relationship with food, such that many children have never eaten a fruit or vegetable fresh from a tree or vine, nor plucked out of the ground. Svensson said he, too, had forgotten the sweetness and texture of a freshly harvested baby carrot until being on the grounds at Mari's Gardens in Mililani.

"It hasn't been until 2013 or so that we've gone back to recreating these markets. People say it's a trend, but I don't think it's a trend anymore. I think it's the way to go." 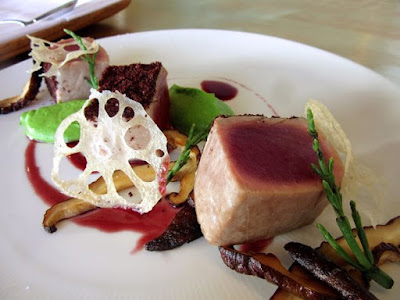 The kitchen staff was testing out equipment and recipes, including this seared ahi with edamame purée, lotus root and sea asparagus. 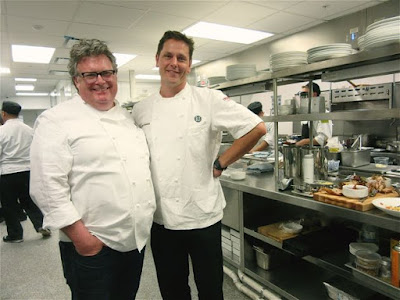 Also in the kitchen with Svensson was celebrity chef, restaurateur and Esquared restaurant consultant David Burke.

There's been some confusion among food vendors since Svensson made the move from BLT Steak in the Trump International Hotel up the street to the Ritz Carlton Residences, where BLT Market is slated to open June 28. Deliveries have been going to his old digs instead of his new one, where the chef has been training staff, testing equipment and recipes.

Where BLT Steak's focus was on steak and a raw bar, BLT Market's focus is on local farm-to-table dining.

A video I made of Svensson in action back in 2011 showed he was already committed to local produce and food products, but the commitment will be even greater at BLT Market. Here's the video:

"What people will need to understand is that it's not like a regular BLT Steak menu, where you can get exactly the same thing, prepared the same way any time. Here, it'll be a menu that's very much alive and completely changing depending on what I can get my hands on," Svensson said. "It's taking me to a new level because I want to be challenged all the time. I never want to be bored."

Svensson, who was born and raised on Torsö (Thor's Island), off Sweden's West Coast, said he grew up with Europe's back yard and market traditions, and moving to New York in 1997 was an eye-opening experience regarding the acceptance of factory farm and global networks necessary to feed American appetites for food on demand.

"I worked 13 years in New York City with a lot of chefs who told me I could get anything, anywhere at all times, and I just thought, 'This doesn't make sense. I don't get this when you can't find this fruit or vegetable anywhere on this continent. It's not a natural thing."

But, he adapted to the American way, and now that he's been running his own kitchens, is able to act on his passion and beliefs.

"All chefs create their own environment," he said.

Referring in part to molecular gastronomy, he said, "It seems that technique has been taking priority. We've gotten to a point where something tastes like food, but it doesn't look like food anymore. We're not taking the time to ask, is it good food? If the answer is no, we should not be putting it on a plate."
—————————
BLT Market will open June 28 in the Ritz Carlton Residences Waikiki, 383 Kalaimoku St. 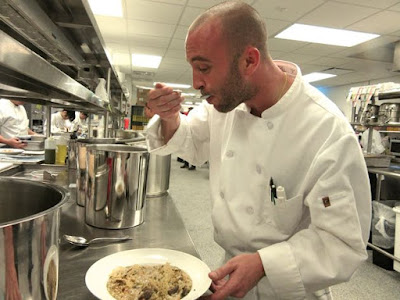 Sous chef Kevin Corriere puts one of the dishes through the taste test. 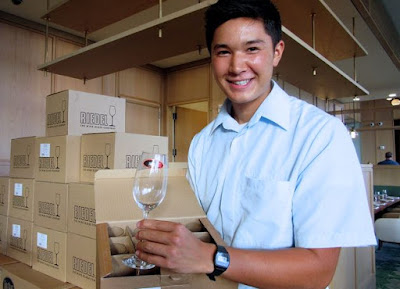 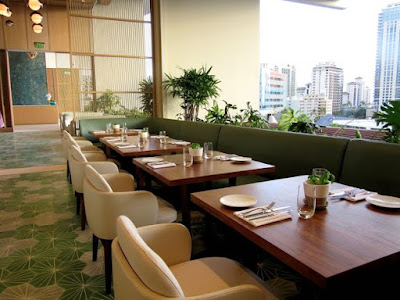 A glimpse of the open-air dining area. 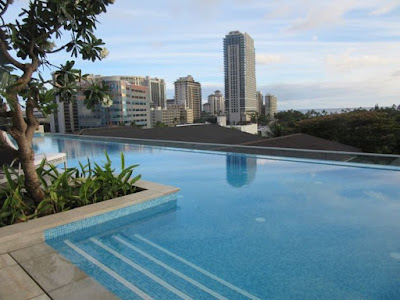 Svensson's duties at BLT Market will extend to providing room and poolside food service for the Ritz Carlton residences, as well as to-go items for Dean & DeLuca, also housed on the property.

—————
Nadine Kam is Style Editor and staff restaurant critic at the Honolulu Star-Advertiser; her food coverage is in print in Wednesday's Crave section. Contact her via email at nkam@staradvertiser.com and follow her on Twitter, Instagram and Rebel Mouse.
Posted by Nadine Kam at 7:55 PM