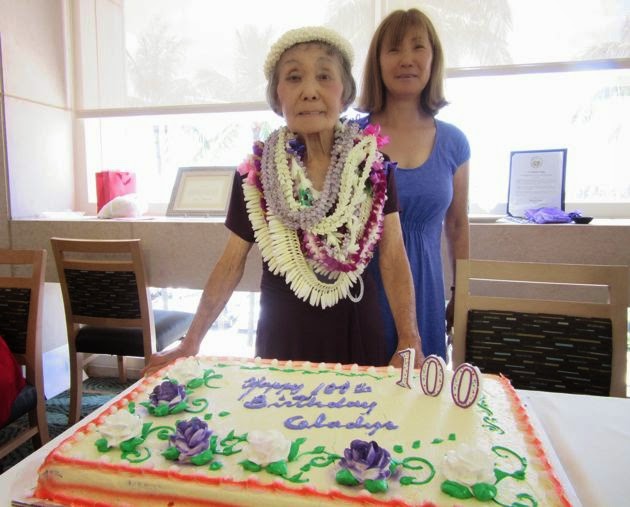 I met the centenarian in 2008 while working on a story on the fashionable Bon Ton Girls who worked in downtown Honolulu’s biggest department stores in the 1930s and ’40s, Bon Ton and Bon Marche.

They were the eras “It girls,” who caused a stir everywhere they went because of their youth and aura of glamour that followed them. They served as models for the store, role models in the community, and partied together.

Over the years, their lives took them in different directions, but funerals of friends brought the remaining Bon Ton Girls back together in the early 1990s, and they began to reunite once a year at various restaurants around town. 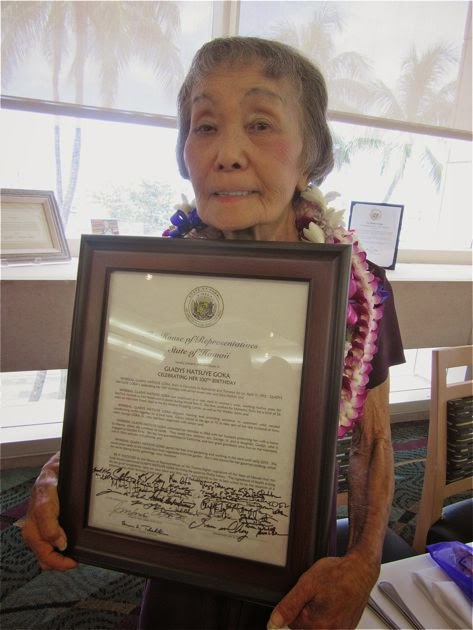 Gladys Goka shows the letter of recognition from the state House of Representatives, honoring her 100th birthday.

After meeting some of the Bon Ton Girls in 2008 for a feature story in the Star-Bulletin, I guess I became an honorary member and they invited me to join them at lunches hosted by Dr. Thomas Sakoda, the son of their former boss, Horace Sakoda, who served as general manager at Bon Ton.

With the few remaining Bon Ton Girls in care homes or suffering from dementia, the reunions stopped in 2013, but Gladys is still feisty and going strong.

She shared some of her advice for living a long and healthy life, which includes working hard and eating healthfully. True to her advice, while the rest of us feasted on Prince Court’s Hawaii-style buffet with laulau, chicken long rice, oxtail soup, and much, much more, Gladys enjoyed a plate of fresh fruit before her birthday cake arrived. She plans to come back to the Prince for her 101st birthday.

About 75 family and friends turned out to celebrate her milestone birthday, and on display were congratulatory messages from Gov. David Ige, the state House of Representatives, and President Barack Obama. 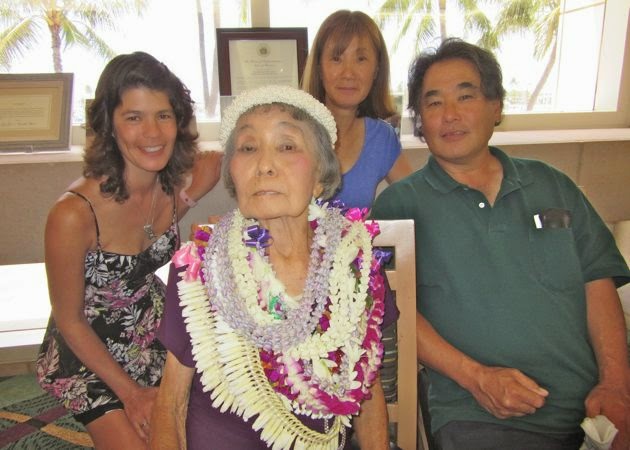 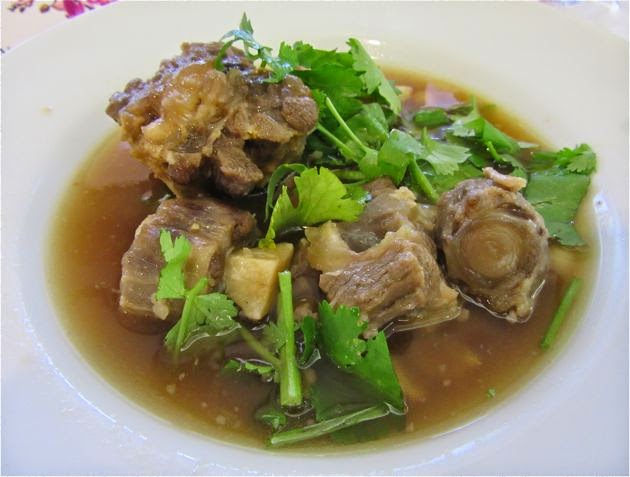 Customizable oxtail soup on the Prince Court buffet. I love cilantro! Passed on the ginger. 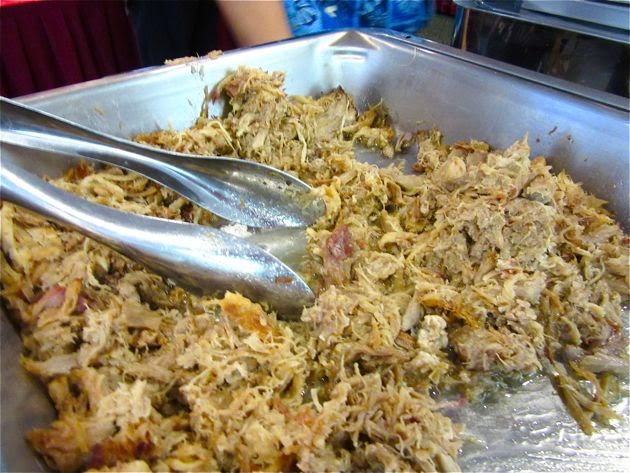 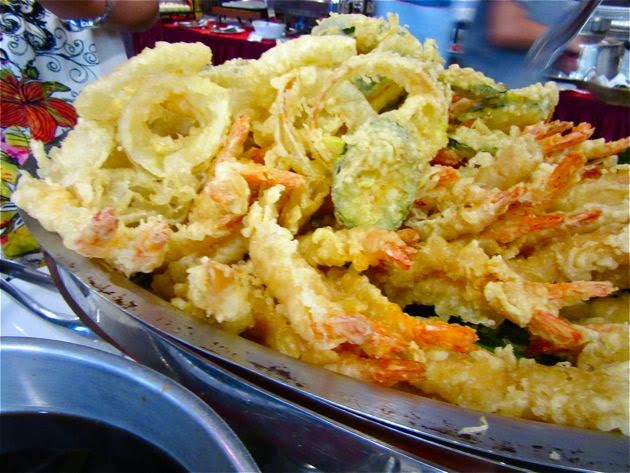 Loads of shrimp and vegetable tempura. 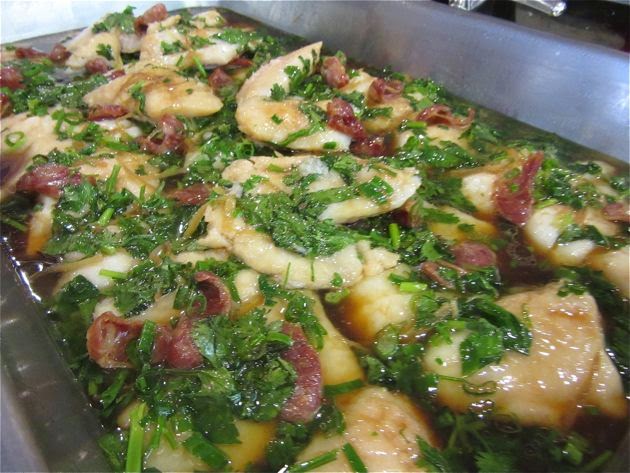 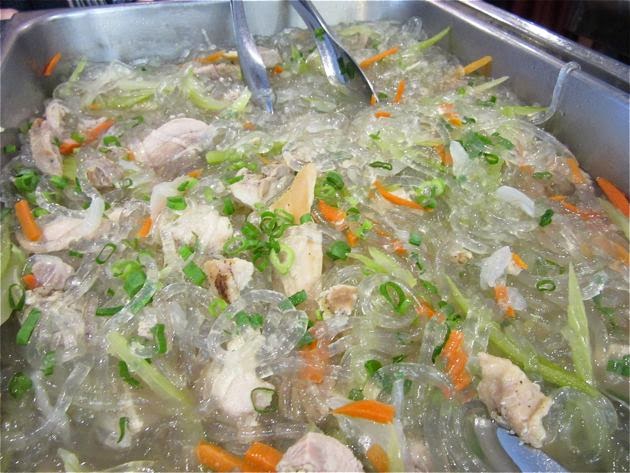 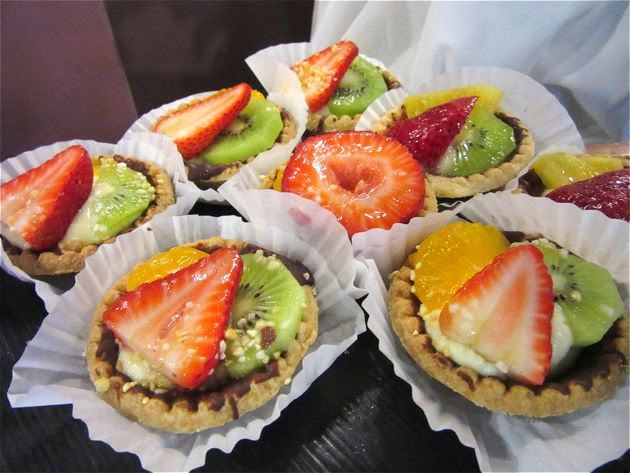 They have some remarkably light and wonderful desserts here including these fruit tarts, and below, Japanese-style cheesecake. 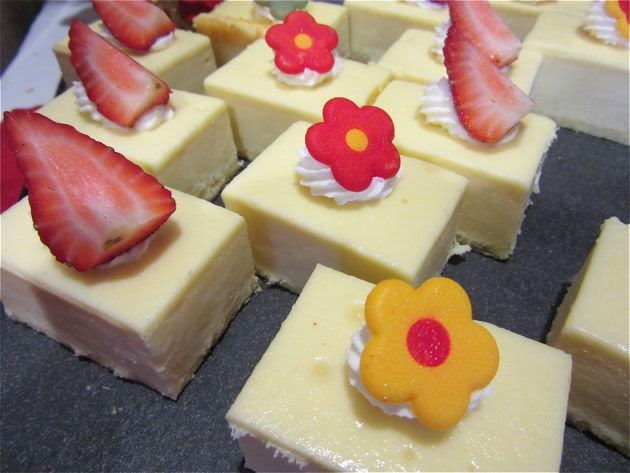 ———
Nadine Kam is Style Editor and staff restaurant critic at the Honolulu Star-Advertiser; her coverage is in print on Wednesdays and Thursdays. Contact her via email at nkam@staradvertiser.com and follow her on Twitter, Instagram and Rebel Mouse.
Posted by Nadine Kam at 4:58 PM

Email ThisBlogThis!Share to TwitterShare to FacebookShare to Pinterest
Labels: buffet