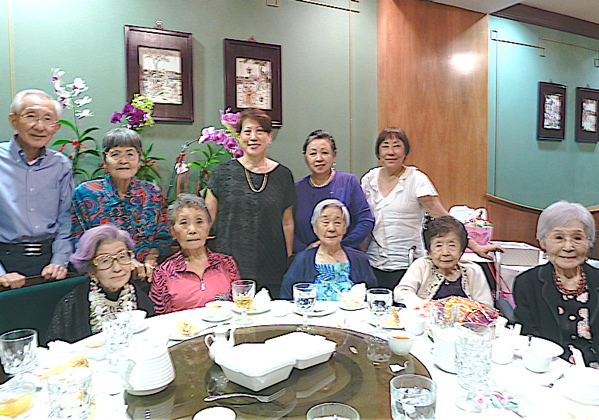 Longtime friends got together at Royal Garden restaurant in the Ala Moana Hotel March 11 for a lunch celebrating Jane Lyman's birthday. Now 89, Jane is the youngest of the "Bon Ton Girls" who worked together at Hawaii's first grand department store, Bon Ton, or sister store, Bon Marche, between the 1930s and mid-1940s when it closed after World War II.

Gladys took care of ordering a fabulous nine-course feast, plus dessert, in advance at her favorite restaurant, including Long Life Noodles for women already in their 90s. Just when everyone was stuffed, there were two desserts. We thought that a peach chiffon cake from Napoleon's Bakery was enough, but Chinese dessert also awaited, a choice of almond float with fruit cocktail, honey melon with tapioca and coconut milk or mango pudding.

These girls still know how to enjoy life! 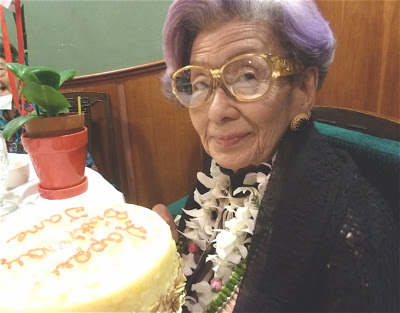 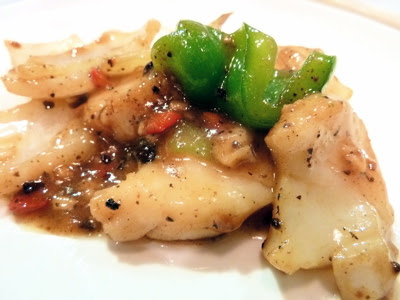 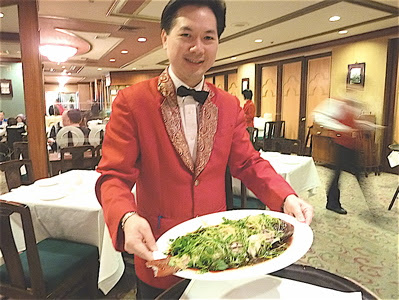 Ty Yu shows a third course of uhu with ginger and green onions. 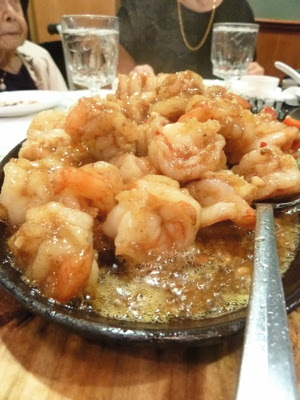 The second course of sizzling shrimp. 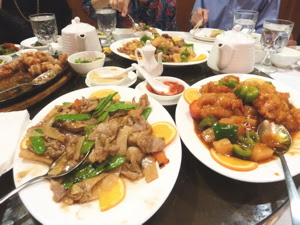 Also on the table, from left foreground, pork with winter bamboo shoots and pea pods, sweet-sour shrimp Canton, and beef with pineapple and pickled ginger. The food arrived so quickly, I missed the photo of shrimp and chicken in potato basket when waiters cut into it to serve. 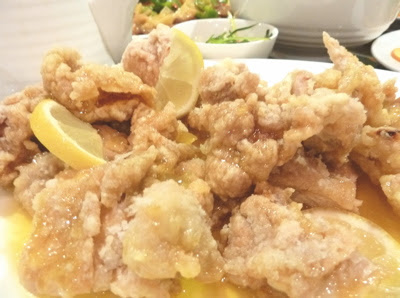 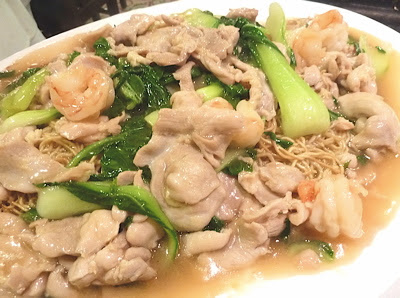 Last to arrive was the house longevity fried noodles with shrimp and chicken. 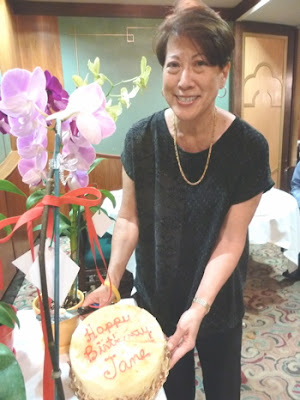 Gayle Ozawa cut the birthday cake. As mom of prominent local blogger/social media guy Ryan Ozawa, she says his writing about the family is off limits, but it's OK for a stranger like me! LOL! 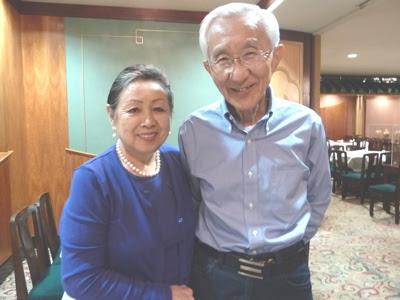 Dr. Thomas Sakoda, with his wife Ryuko, are members of the Chaine des Rotisseurs. Dr. Sakoda is the son of Bon Ton general manager Horace Sakoda. Instead of following his path in retail, Thomas became a neurosurgeon. 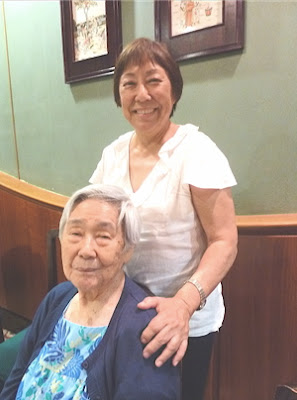 Joyce Ho with her mother, Kimiko Kitagawa.
Posted by Nadine Kam at 3:15 PM